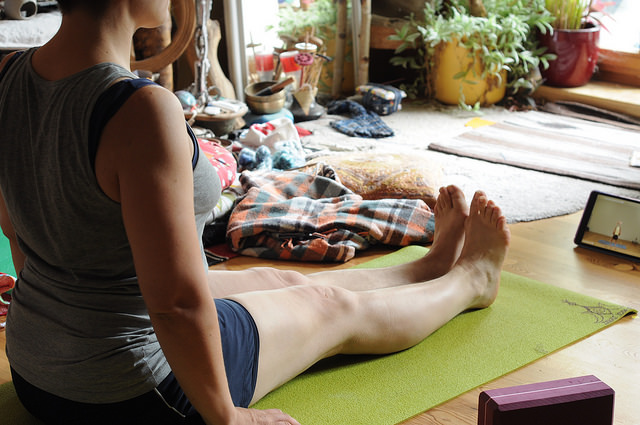 Like many others, I didn’t really understand the purpose of yoga before I started practicing it wholeheartedly.

In my mind, yoga figured as nothing else than a mere alternative to lifting, a sport which has been reduced to a bare-bones simplicity. As many yoga beginners, I soon changed my mind.

I was completely wrong in assuming that yoga was just a light intensity workout geared toward women who were only looking for some light toning.

It was only once I started to really connect with my yoga practice that I realized all of its positive consequences. Gaining this new perspective, I saw how limiting my earlier assumptions had been. I had been unnecessarily depriving myself of something I would come to enjoy. Once I got past the awkward stares that came as a direct result of being the only man in the room, I realized that yoga was something I would like to come back to as frequently as possible.

Here’s what I’ve learned through my yoga experience,  lessons I believe all dedicated yoga enthusiasts get to learn at some point in their mindful practice.

I Was Less Stressed Out

One of the most surprising things I saw as a result of my first yoga session is that I was a lot less stressed out leaving than I was going in. Because yoga requires a clear mind and focus while controlling breathing, it also adds that benefit of meditation. Being able to clear my mind, even if it was just for the length of a session, helped me come back to all of the things I was worried about with a clearer head.

Taking that step back allowed me to gain a broader perspective on things and find new approaches to old problems.

A lot of yoga poses help fine tune our skeleton. During yoga training, I was moving in unusual ways and stretching muscles I’ve never even suspect I had. Some people like to see a chiropractor when they start feeling like their body is working out of sorts. For me, the results I got from yoga were much better than the results I ever got from a chiropractor, and they were nothing else than a pleasant side-effect of the session.

Since everything is made limber, I was able to find and control parts of my body that I sometimes forgot about. For me, that resulted in better posture and less tension in my lower back.

My Metabolism Kicked Into High Gear

I’ve heard that yoga can boost your metabolism and help you control your cravings. That’s why so many people pair yoga with a sensible diet—because yoga makes it easier to tap into their natural energy reserves and helps them process nutrients more efficiently. I did feel a natural rise in my energy levels. I was less tempted to snack on junk food throughout the day because I didn’t feel the need to have a sugary pick-me-up to beat the after lunch blues. Everything was working better than it normally did, and I was able to coast throughout the day without grabbing a bag of chips or a candy bar.

I attribute my more restful sleep to the trifecta of having a better metabolism, better posture, and less stress. When I lied down at night, I didn’t feel the same ache I usually feel from running around the office all day. I wasn’t bloated from eating garbage foods, and I had successfully used up my reserves of natural energy. I was also worried about much less, because I had a little peace of mind to help me take the edge off.

I slept like a baby and I woke up feeling genuinely refreshed. It’s so rare that anyone gets a decent night’s sleep nowadays, and I feel like yoga significantly contributes to the best sleep I’ve ever gotten in my life.

Yoga is something of a secret kept by a lot of successful male athletes. Before athletes train, they need to warm up in order to avoid damaging their muscles and their tendons. Some athletes use regular stretches, but others swear by yoga. In essence, yoga is almost the same as an intense warm up. Everything gets stretched just a little, and your balance and flexibility are improved. For me, this made lifting easier, because my muscles were already primed.

Even going for a run felt less strenuous after I had engaged my body with yoga.

I can safely say with firsthand experience that one of the biggest mistakes men make is writing off yoga. Even if yoga is just a side activity and not the main sport in people’s lives, it can make meaningful contributions to all their health and fitness goals. Who doesn’t want to be in prime condition? Men have nothing to lose by giving yoga a shot and seeing what it can do to make their life easier. 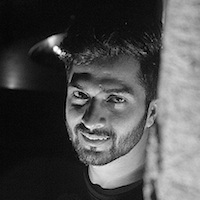