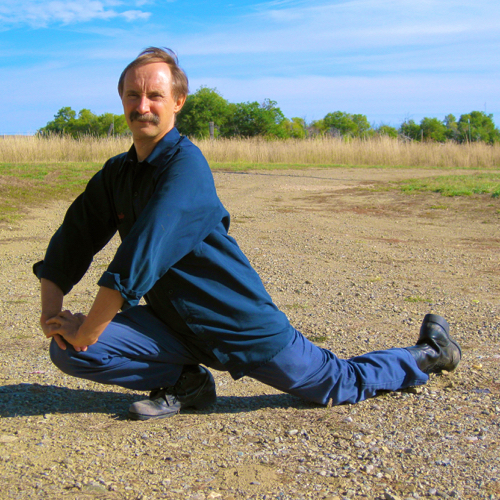 Yin yoga is rooted in the ancient shamanic tradition of China and in the Chinese Taoist philosophy of being at one with everything and being in harmony with our own natures.

Yin yoga postures are based on the characteristics of animals and on the Five alchemical elements of Earth, Metal, Water, Wood, and Fire that are contained in the universal life force. This life force, also known as chi or prana, is all around us and informs our physical, emotional and energetic being. It is a subtle, yet very powerful energy. It is the pulsation of the yin and the yang, of the feminine and the masculine, the ebb and the flow of the universe.

Each of the five elemental energies exudes specific qualities that are expressed in the natural world and animate our being. For example, fire expresses lightness, water is fluid, metal is hard, wood is springy, and Earth is calming. Yin yoga is about awakening our bodies and minds to the energetics of the posture we are holding. Flexibility is developed by growing into postures and activating the alchemical elements of the postures.

The purpose of Yin yoga is to restore our innate ability to move with fluidity. This in turn develops the flow of chi throughout the body. So if we assume the posture of a frog, for instance, and practice it daily, eventually we will grow right into the posture and become one with the essence or spirit of the frog, which has a very springy quality. It’s the intention of becoming endowed with the alchemical essence of the posture that enables it to happen. This is the method of embodying the energies of the creatures and the alchemical elements.

I developed Yin yoga by astutely observing nature and the animals around me and becoming part of it by blending with it energetically. We really are inseparable from everything. We as humans have a very malleable and adaptable consciousness. The intention of our thoughts has the power to expand our consciousness. We have the potential facility to merge our minds with other life forms, to internalize qualities that they possess and infuse our own physical energy with those qualities.

If I see an animal in motion and I want to embody the energy of that animal, then will I meditate on it and become one with it. I can then create postures and movements based on the immediate felt experience in my body and mind as I identify with the creature.

A Word of Theory.

While I was training with my master I read books on Taoist internal alchemy and acupuncture meridian theory. But I discovered that theory and practice are two separate things. When I tried to apply the book theory to the practice of yoga it didn’t really work. This is because theory is comprised of complicated abstract and analytical thinking. I found that this kept the rational mind preoccupied, which in turn distracted me from being attuned to my body. In the instinctual world, animals don’t use theory. They don’t have that kind of mind set. They are just their true natures. They feel and act without any abstract ideas and analysis about how they are operating their bodies.

By thinking about anatomy and theory while practicing yoga, we can become detached from the felt awareness of our physicality; and this can obstruct our ability to feel the spontaneous flow of energy. We are missing out because our minds are busy intellectualizing instead of being fully present in our bodies and focused on the sensations of what we are doing. The animals are the real masters of fluid movement and they don’t need anyone to teach them theory. We are animals too. We are primates, so we should have the same quality of freedom in our bodies as our wild counterparts do. But we tend to be alienated from it because we our hindered by our social conditioning and indoctrination.

If we want to move with the natural power of our animal nature then it is necessary to suspend the judgmental thinking of how we should be doing it. We need to stop worrying about following the rules of some theoretical formula. We need to stop subscribing to someone elses idea of what yoga is or in a belief system of limitation that can prevent us from growing into postures and from flowing in movement with agility and grace.

The western scientific model is the prevailing paradigm in our culture. We can get stuck in the status quo notion that a field of discipline must be explained and sanctioned by western science and theoretical analysis in order to make it legitimate. I see this trend happening with yoga as it has been introduced from the east into western society. Nonetheless, we only have to look at the great masters of the past from other cultures who practiced yoga for centuries without learning any western science to see that it isn’t required.

I’m not saying that science isn’t useful, of course it has appropriate applications. I’m saying it has been my observation over the years that we can benefit our health and wellbeing much more from practicing yoga with our mind and body as one and centered in the wild heart than from academic study and listening to lectures on theory. I believe in teaching by example. I teach students to open to all possibilities, to open to the unlimited potential of our imagination.

This is a magnificent attribute of human nature and each of us has the right to actualize it. 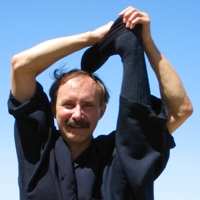