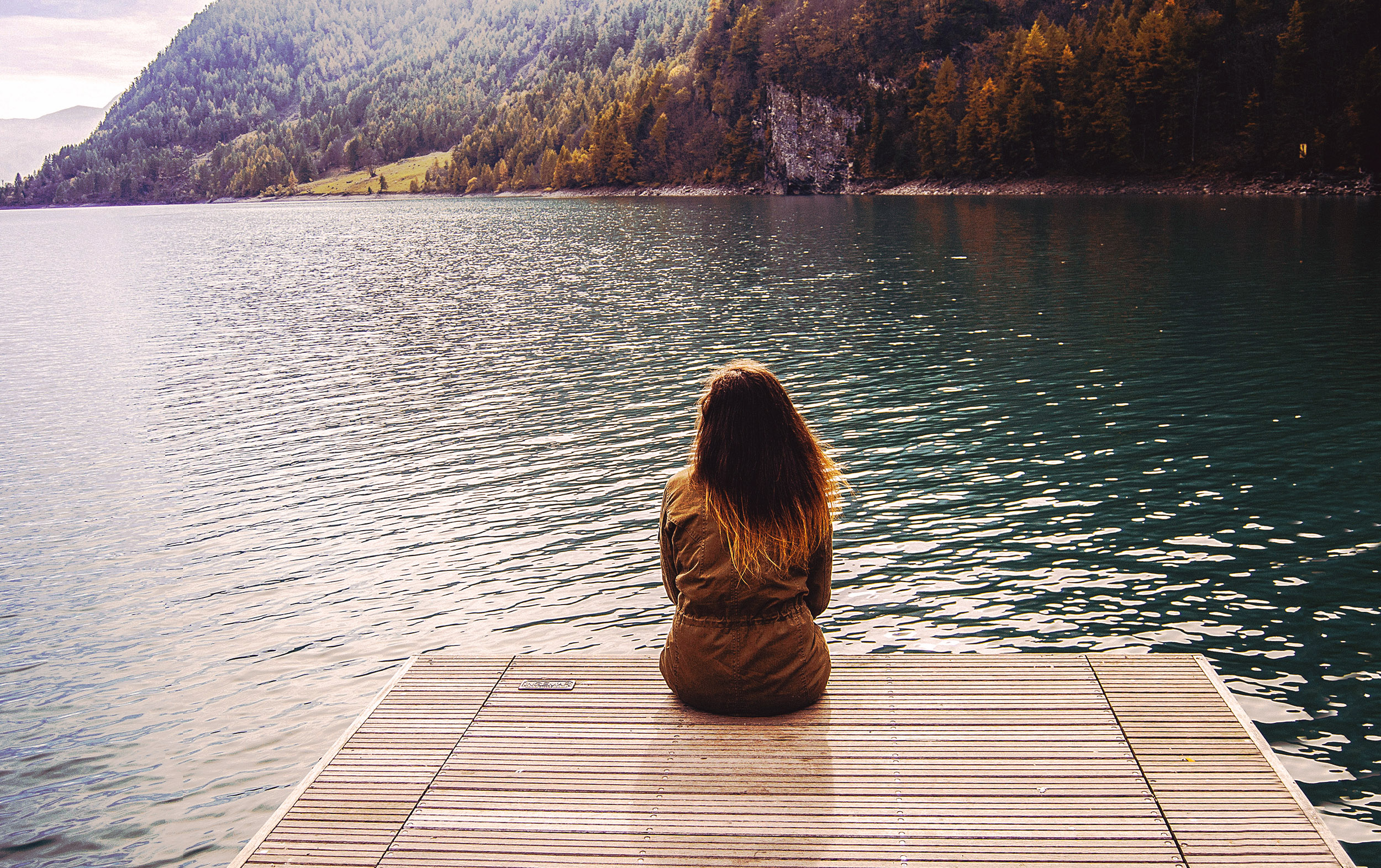 I would set a goal, or choose something to work toward. I would take a few steps in that direction, and the moment I began to see it happening—whatever it was—I would find a way to undo it.

In the space where most people feel joyous anticipation of their dream coming to fruition, I felt fear. I felt anxiety, resistance, tension. I spent a lifetime bending to those uneasy feelings. Working tirelessly toward a goal, and then giving up right before reaching it. It was a pattern that was so much a part of me, I couldn’t see it.

If I was ever going to take control of my life, I had to figure this out: why was it so hard for me to believe that I deserved all the wonderful things life has to offer?

For one, I believed all the people who ever told me I couldn’t do something. If someone told me that my dreams were too big, I listened. This started with my parents tearing me down and discouraging me when I was small. Their words were far more powerful than any of us realized. When you tell a little child that she is worthless, she will believe you. She will believe you, and she will spend her whole life proving you right.

But, it wasn’t just my parents. It was the school counselor who told me to try nursing school instead of pre-med, even though I had already earned the scholarship. It was the idea that there are certain things girls can’t do. It was the belief that if you grew up poor, there was no way out of that way of life. It was the notion that if you had been “something” your whole life, it would always be part of your identity.

For me—that meant being poor, and fat, and abused by others. It meant making myself smaller to avoid conflict. It meant bending to the ideas, beliefs and demands of others—because I believed that they knew better than I did. It meant never accomplishing anything, because I simply was not worthy of success.

These beliefs controlled me for three decades. They were all I knew.

They kept me paralyzed in a stagnant world where I couldn’t grow. Every time the pattern played out in my life, it reinforced my negative self-perception, until it quite literally almost killed me.

I weighed 250 pounds the day I sat on my therapist’s couch and cried about my weight. “I’m an intelligent person, I have a science degree—I understand the human body. I’ve read every book, I’ve tried every diet, I’ve joined all the gyms. I start a new plan, I see some results, and then I lose all motivation and quit. I don’t want to quit, but I do. I give up, and the weight comes right back. Why can’t I lose this weight?”

Her response: “When you want to, you will.”

I was furious. How dare she imply that I was intentionally keeping myself so unhealthy? What could I possibly be getting out of being so unhappy with my body?

My marriage, for one. It took a couple weeks for me to connect the dots and see that morbid obesity was keeping me faithful to my ex-husband. If I had felt good about my body, it would have made fidelity in that relationship impossible.

Even more than that, it was a constant reminder of my soul wound. This deep-seated belief that I was not worthy of even the most basic, good things in life, like health and happiness, was reinforced every time I gave up on myself.

The only way for me to break this cycle in my life was to face it head on. To ignore that part of me would only perpetuate the pattern of two steps forward, two steps back, which would only continue to reinforce my negative self-beliefs.

Learning to honor my fears, to embrace them and witness them has been a huge part of the healing process for me.

I used to give up the moment that discomfort began. Now, I allow myself to feel it, to witness it. It’s the first sure sign to me that I’m on the right track, and something wonderful is about to happen. Instead of quitting when those feelings begin, I check in with myself and say, “Yes, darling. Your big scary dreams are coming true. Be brave and step into the life you’ve created.”

Every time I am successful in pushing through that old pattern, it reminds me that I am able to do anything I choose. Even the things that felt impossible at times, like losing a hundred pounds, writing a book, healing broken relationships, advancing or changing my career—anything I choose to do, I am able to do it. And, because I believe that I can, I am always successful.

Today, I know that I deserve the rewards of making my dreams come true. I am capable and worthy of all the good things in life. Now that I know that about myself, I’m pretty much unstoppable. I don’t waste a moment allowing other people to tear me down. I don’t need anyone else to propel me—this is my life, these are my dreams, and I will make my own happiness and success in this world.

We all have the ability to change these patterns in our lives. It begins with becoming aware of them, and making a conscious decision to change them.

When we began to examine ourselves carefully—embracing our fears, honoring even the most uncomfortable feelings and beliefs we hold—the results are magic. When we begin to replace our limiting beliefs with more empowering ones, and celebrate the little successes that will come, we begin to see our true potential. Our dreams are never too big, no matter how scary they feel. We wouldn’t have them if they were not possible. We wouldn’t dare to dream something that we aren’t completely capable of creating.

When we know this, we grow and change immeasurably. Freedom from our self-sabotage means a life full of all the wonderful things we never believed we could do, be, and have.