I Hosted a Foreign Exchange Student & Learned Lessons to Last a Lifetime. 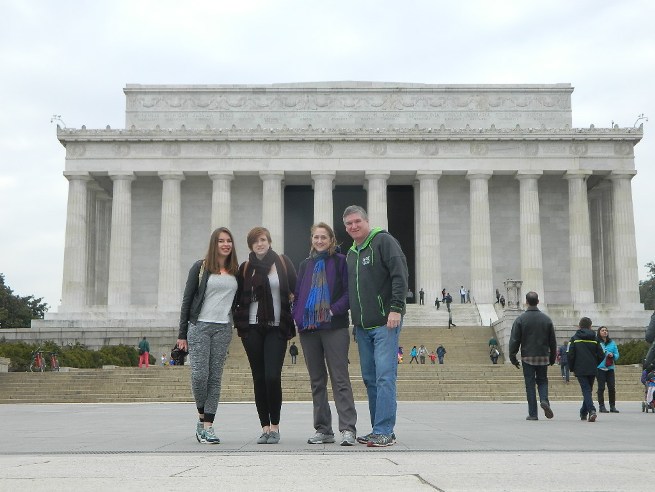 Sharing our home and heart with an exchange student from Germany brought about many epiphanies.

It’s a little like having cataracts removed, with a clearer view of the world.

The U.S. State Department refers to the Host Family as Citizen Ambassadors. With that prestigious title comes great responsibility. We were the first “real Americans” Emilie would meet. Thus, she would form concrete ideas about our entire country based on her experiences with us. She would then share her stories with friends and family back home, and the ripple effect would impact all who heard about us.

We are all ambassadors for our own culture or community. What we say and do in the course of each day matters. I have family who are Mexican, Muslim, gay, and atheist. Unfortunately, they are sometimes stereotyped based upon one attribute of what makes them who they are.

Depending who we call friends, or our family’s make-up, we may or may not have learned that differences in ideologies or ethnic background is not a deterrent to caring for someone. We are all humans, and we’re all in this world together.

Welcoming a foreign exchange student into our midst was a way of saying, no matter where you come from, no matter what you believe, we can find goodness in you. We can find common ground…and peace.

When Emilie stepped out of Airport Customs and saw us waiting with a big yellow sign that read “Willkommen” (German for “welcome”), she flashed a big smile.

Eager to bond, we volleyed questions. We were prepared to tiptoe around Germany’s war history, however, Emilie stepped into the topic without hesitation. We discussed Hitler, Nazism, religion and politics. No topic was taboo.

In the year since Emilie was absorbed into our family, we often talk about the differences in the quality of life between the U.S. and Germany. We could fill a volume with the lessons learned from this experience. Following are two:

>> College is free in Germany, and Emilie plans to take a “gap year” after high school.

Her mom did the same thing years ago. Since Emilie won’t have the burden of a huge loan after college, she’s saving her money for some well-deserved time off. Although a handful of American colleges encourage this practice by offering scholarships to incoming freshmen who take a gap year, most colleges—and parents—don’t allow for it.

After the demands of 13 years of schooling and extracurriculars (K to 12), a gap year allows kids to experience the real world and explore their options. American society does not support this, despite the merits. Two of my children tried college right after high school but found they weren’t ready, which resulted in the loss of a coveted (and hard-earned) scholarship. We are not alone in this experience.

>> German workers receive four weeks of legally-protected paid vacation/holiday leave annually, compared to the one in four Americans who don’t earn any.

Many American companies offer two weeks of paid vacation during the first five years of employment, and require 10 years of service before a fourth week is granted. Emilie’s family takes two- to three‑week excursions each year. It’s the rare American who is able to do this.

Also, Germans don’t hate us. When my brother was stationed in Germany while in the Army in the 1970s, this is how he and his comrades felt. This is a stereotype that’s been perpetuated for decades.

The majority of countries, including Germany, felt the U.S. stepped into Iraq too quickly in 2003. This feeling extends to other conflicts as well. Something Emilie said drove this point home. Talking about a world crisis, the question her family discussed was, “Are the Americans going to step in again?”

With the fall of the Berlin wall in 1989, which ultimately united East and West Germany, its citizens let go of decades of militarization. When the wall was built in 1961, work began in the middle of the night. People jumped from upper windows (exiting Communist East), as the wall bricked up homes in its path. Emilie’s mom traveled from West to East Germany as a child to visit family trapped in the East; stringent inspections of their car by armed guards is a sobering experience for anyone. Keeping the peace is a strong desire, especially for those who have been in war zones or too close to gun-toting soldiers.

We live in the Midwest, which means Emilie learned about blizzards! Nineteen inches of snow fell in a 24-hour-period—Chicago’s fifth worst blizzard in history.

It’s interesting the things we consider the norm. Emilie WhatsApp’d pictures to her brothers of super-size food items that we’re used to in the states; items that are uncommon elsewhere. In a country where, “Super-size me,” is a catchphrase, it’s a bit embarrassing.

At this writing, the one-year anniversary of Emilie’s departure is upon us. As Emilie weaved through the Security checkpoint to fly home last year, we envisioned her a grown woman the next time we see her. She plans to visit us next year…during her gap year!

Since the farewells, many email waves have crossed the Atlantic. This affords us personal views into what’s happening in each other’s part of the world. It’s easier to ignore the media’s sensationalism and negativity when you care for someone who is part of another culture.

Emilie left us with new viewpoints and footprints on our hearts. As well as the lesson that we are all part of a global community…a global family. 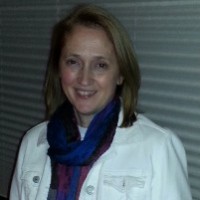