The Difference Between “Giving” & Being of Benefit. 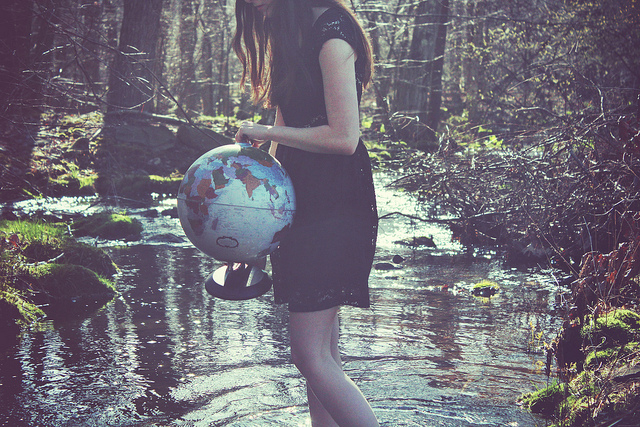 “Trust in your desire to give, remember how good it feels, and be open to opportunities to do so, especially when they are just at the edge of your courage.” – Charles Eisenstein

I’ve been conducting an experiment in my own life lately. It goes like this: a thought comes up, “I’d like to donate to the Compassion Collective,” or “I’d like to give a random gift to a friend,” or “I’d like to send a nice email to my son’s teacher.” Any number of thoughts immediately intervene to rationalize not taking these actions.

The experiment is to ignore those thoughts and do it anyways—to trust in my desire to give.

Often, one of the compelling arguments against any small and random act of kindness is that I already give enough or I will do something bigger and better at some other time when I have more resources, more time, more energy—more more more. And what difference will this tiny act in the world make anyway? It’s always just a drop in the bucket.

This argument is particularly compelling to young minds, who also wonder what it is that they can do to make an impact with such limited resources, time and life experience.

Mother Theresa’s answer to this argument is simple: “We cannot do great things on this Earth, only small things with great love.”

A student of mine recently proposed an idea for a service project he’d been thinking of that involved hosting a fundraiser for a charity abroad with which his family had a connection. As I listened to his ideas and his pitch for this charity’s work, I felt torn between encouraging his desire to give and pointing out that such an undertaking is so common that it’s become a cliché in the world of college admissions.

Aptly, Harvard just released an important report called Turning the Tide, which seeks to both encourage and define “meaningful service” while discouraging “high-profile or exotic forms of community service, sometimes in faraway places, that have little meaning to them but appear to demonstrate [the student’s] entrepreneurial spirit and leadership.” The report goes on to say that “the admissions process should clearly convey that what counts is not whether service occurred locally or in some distant place or whether students were leaders, but whether students immersed themselves in an experience and the emotional and ethical awareness and skills generated by that experience.”

I had to find a way to help my student see the difference, and this is what I said: “When you look at this idea of collecting money to donate it to an organization abroad, who is the giver and who is the receiver in this case?”

As we unpacked this admittedly esoteric question together, the following observations emerged:

It was hard to see how my student himself would learn from this experience or be challenged by it in a meaningful way. As Turning the Tide points out, so many “service” projects are designed to showcase leadership and entrepreneurial skills but miss the point that service is fundamentally about transforming our relationship to what is difficult in ourselves and in the world, not just building a resume.

Many of my students already engage in activities that offer leadership experience and that teach them project management, team building and other important organizational skills. Organizing a successful fundraiser is no small task, but is it at the edge of one’s courage? In this case, the answer was no. And in answer to that esoteric question above, the giver was really people who have amassed enough wealth to give some of it away and the receiver was an organization who could then determine how to funnel that wealth to other people in need. My student himself wasn’t essential to that equation because he did not have any wealth of his own to give.

“At 16 years old,” I asked, “is philanthropy what you really feel you have to give the world?” And after a pause, my student said that he had been mulling over the idea of starting an informal “club” or group for adolescents like himself who had lost someone close to suicide. The idea wasn’t fully formed and he felt he didn’t know where to begin or how to tackle something so complex. “You have to follow that instinct,” I said, “and to do something like that, you are allowed to start small and in whatever way makes sense to you. Maybe you just meet a couple friends for coffee once a month and check in with each other.”

I should note that there was more to this conversation than can be covered in a single article—it is a topic unto itself. But what was meaningful and precious about this student’s instinct was the call to connect with others around a shared experience, to build a community, however small, in which the truth of their shared experience could be honored.

“But why would colleges care about something that small?” he asked. “How would they even know?”
“Forget colleges for a second,” I said. “Ask yourself again, if you do this, who is the giver and who is the receiver?”

He admitted that he had as much to gain from this act of service as he had to give and what was holding him back wasn’t what colleges would think, but the terrifying vulnerability of putting his own story out into the world, sharing his grief with others.

And that is why it is so important for him to find the courage to do it.

If he is scared, if he feels vulnerable, isn’t it likely there are other young people who share that experience and who could benefit from a community of voices echoing their common story?

To me, this is the seed of meaningful service: finding the courage to tap into our own suffering, which opens our hearts to the suffering of others—in doing so, this suffering becomes a gift to the world.

When the seeds we sow issue from this place of inner-knowing and are nurtured with patience, kindness, and authentic concern for others, they grow. The club becomes a blog, becomes a podcast, a network of clubs, a research inquiry—it is sustainable and enduring because the cycle of giving and receiving continues.

In the words of Rabindranath Tagore: 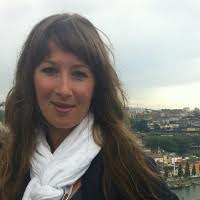