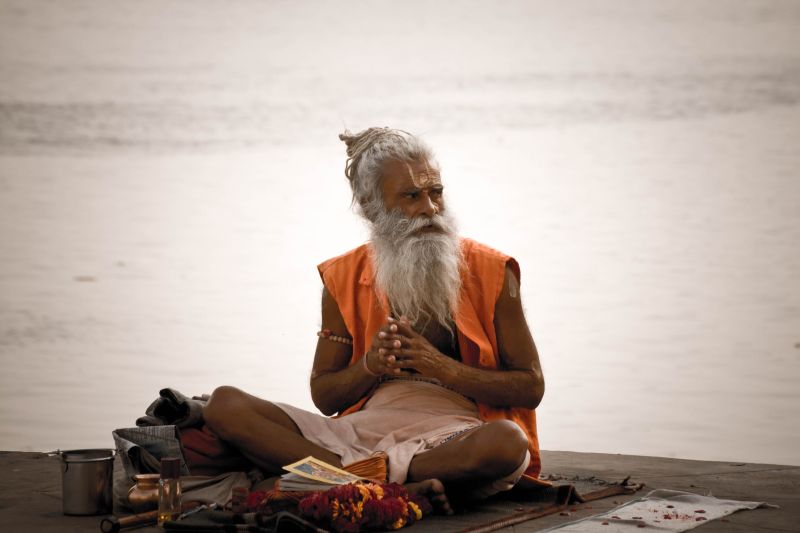 Renunciation according to Indian philosophy, and the four stages of life.

Over the years, I have found in myself, and in the imagination of the masses, a hidden desire to renounce the world—to escape to the mountains, or to take off without credit card or cash, like Christopher in Into the Wild, or Cheryl in Wild. But renouncing is an ancient vow, and it’s extremely difficult when done properly. And it’s also irreversible.

As early as 2,000 BCE, well before Alexander the Great reached India, there was report of ascetics wandering the Indian subcontinent. According to Thomas Berry, cultural historian and former professor at Fordham, when the Aryans crossed the tributaries of the Indus River, they encountered “strangely clad spiritual figures.” These figures, known as munis, or the silent ones, were said to follow the course of the swift winds, going where the gods have gone.

But these ancient phantoms did not disappear over the last 4,000 years. They are still found in India today, though they are most often referred to as Saṃnyāsīns.

These Saṃnyāsīns are wandering mendicants, and the epitome of an ascetical persona. But the majority of them did not become one overnight. They became ascetics after living a full life and after discerning the decision to renounce carefully. So, before you run off to the mountains, think twice. Before you sell your stuff to buy a yurt in Montana, think about what you’re doing; ask yourself, have I accomplished what I was put on earth to accomplish?

According to Indian philosophy, the answer is the result of a deliberate life that follows four, well-articulated stages. Known as āśrama, this path is universally accepted in India for people of all castes. Though these stages are regimented, they are designed to lead one gradually to a more spiritual existence. They are society’s protocol for attaining liberation (mokṣa).

The four stages are brahmacarya, gṛhastha, vānaprastha, and finally saṃnyasa, which has already been mentioned. I’ll explain each one clearly in light of modern America.

The first stage is brahmacārin, the student. Traditionally, this stage requires great discipline, not vice. According to Berry, “Brahmacārin literally means someone who walks to the brahman, that is, to the Veda or the absolute… But it also means chastity and an ascetic life.” Generally speaking, the brahmacārin has the task of extensive studying, and can be compared to the first 20 odd years of student life in American culture. Though, unlike the norms of your everyday student in America, chastity is required.

The second stage is gṛhastha, the householder. This stage covers the majority of one’s life. During the second stage, one has the task of entering into marriage, beginning a professional career, and establishing a family. At this point, married couples are expected to increase material wealth, pursue sexual satisfaction, and participate in the socio-religious fulfillment of duty. This includes the spouses’ respective work, as well as rearing children to carry on the spark of the family.

The third stage is vānaprastha, the forest-dweller. This stage of life is most similar to what we call “retirement” in the West. In this stage of life, the main task of the vānaprasthin is to maintain the “domestic fire”—the nuptial glue so to speak. This stage comes only after the married couple has attained sufficient wealth, experienced satisfactory sexual pleasures, and produced an heir. Before retiring to the forest (or lake), the couple will have also fulfilled the many duties required of their caste. The third stage is also a time to prepare for the final stage, or death.

The fourth stage is saṃnyasa, the renunciate. According to Indian philosophy, the soul (atman) is bound, and liberation comes from unravelling the fetters. This stage requires that the renouncer give up everything and wander without their spouse in search of union with God. Traditionally, this was the husband leaving his wife, as well as his children, to wander around India for the remainder of his life with nothing but a staff and begging bowl.

This stage requires going through a “death ritual” whereby the renouncer dies completely to the world. According to Berry, the saṃnyāsin “is truly one of the walking dead, since he renounced civil status at the moment when he left the world.” And not only that, upon his vows, the wife takes the role of widow and the children inherit his wealth.

Although this is a respected sacrifice, Indian men and woman also have attachments. As seen in The Fourth Stage (recommended), renouncing the world and giving up one’s family is not easy. And, though renunciation is respected, having permanently given up the norms of the socio-religious system, the public shuns these individuals. In fact, the saṃnyāsin is believed to be impure after having gone through the ritual death.

The saṃnyāsin is literally without caste. To renounce the world requires giving up all social responsibility, which means going against the dharma (here meaning, social obligation). And going against the dharma is taboo. Thus we find the paradox. Not only does the ascetic leave society, but society turns its back on the ascetic. The sacrifice is so great that the individual is rejected by his people for it, thus making his renunciation easier by making his existence more difficult.

Renunciation is not for the faint of heart. Not only does it require great sacrifice, true asceticism also requires living a death-like existence without the comforts of family, or society. The benefit for the saṃnyāsin is that they will wander the rest of their life with the hope that, having minimized attachment and action, they will attain mokṣa, or union with God. But the truth is, according to Berry, “the vast majority of them succumb to malnutrition and disease in a very short time.”

So, the next time you think you want to renounce the world, think again. It should take a life time to decide, and, literally, it should be the death of you. 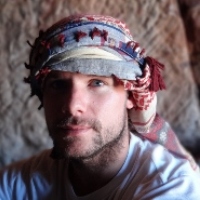