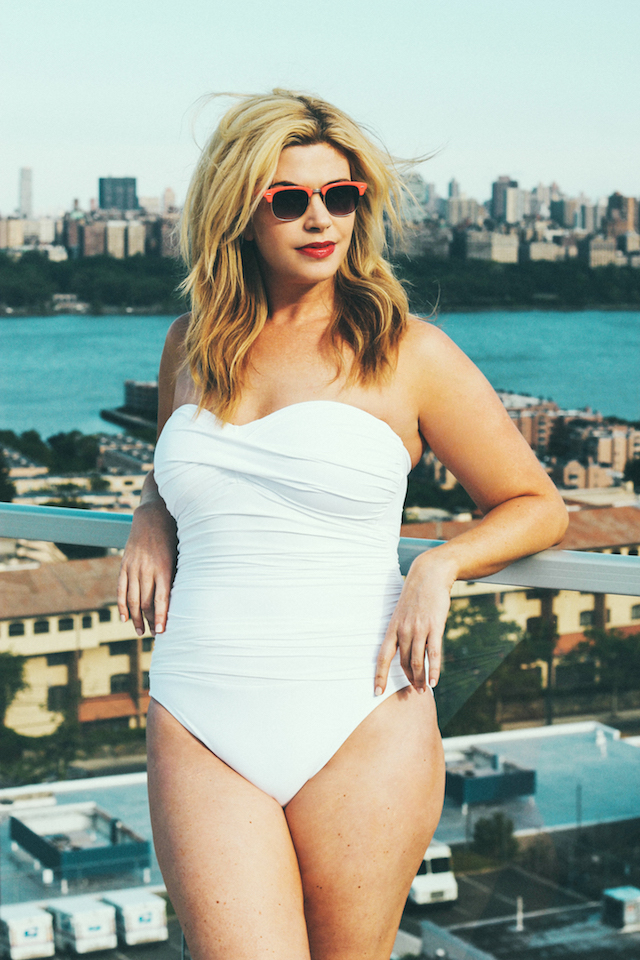 Would you put on a bathing suit, walk into a corporate office, stand under horrific fluorescent lighting, be filmed on a camera phone and broadcast on a major news organization’s Facebook Live feed in front of more than 50,000 viewers?

That’s exactly what I recently did. I work as a “plus-size” model (I’m a size 12) in New York City, and was hired by a swimsuit client to model the latest swim trends for summer alongside a size two swimsuit model. The point was to show different styles on different body types.

Live viewers, of course, were able to ask questions and make comments. Out of about 400 comments, 395 of them were nice, some even extremely kind and body positive—yet I found myself focusing on the few comments that were mean-spirited.

One man said I needed a gym membership.
Another man proclaimed, “No fat chicks.”
Another viewer, also a man, questioned how I was a swimsuit model.
And then there was yet another man who felt the need to refer to me as an animal. He chose to leave a one word comment. Hippopotamus.

I can’t say I was shocked people could be so cruel, but I found it interesting that the only negative comments came from men. Women in the chat were complimentary, some even elated to see someone with their body type modeling swimsuits so they could see what it would actually look like on them, and even told the authors of the rude comments to, “Be nice, and try doing what she’s doing!”

I’m not saying these comments didn’t affect me at all, because for a few hours, I did think about them, and even found myself questioning my weight.

I knew I had a choice. I could choose to internalize these few, isolated hateful comments and feel victimized and horrible about my body, or I could choose to be the victor and speak openly about my experience in the hope of encouraging others to embrace their bodies, whatever the shape or size, and honor it with daily acts of self care like exercise, meditation and clean eating. When I think of everything my body does for me day in and day out, I am filled with such a sense of gratitude and all I can say is, “Thank you.”

The shame of not fitting into society’s itsy-bitsy standard of beauty has been replaced by the grace of self-acceptance, and knowledge that I am so much more than what I look like in a swimsuit, especially in poor lighting.

This body-shaming experience isn’t just about me. I am a grown woman in my 30s who chooses to put myself out there and work as a model. I can handle it.

But what about all the young girls and women in the world who are my size or bigger (which is the majority of the population), who see and hear women’s bodies being criticized in this way? That’s what I have a problem with.

The message is you are not beautiful, worthy or good enough unless you are a size two or look really skinny in a swimsuit. Heck, even size zero supermodels like Chrissy Teigen have spoken publicly about being body-shamed and called “fat.”

Yes, I clicked on his comment and looked at his Facebook page. I have compassion for this man. He was talking to himself. His self-hatred is so deep that he took the time to make a mean comment about a woman he does not know. A comment attacking a woman’s body.

I send this man love. He is in pain. He does not know me. He doesn’t know I have “big thighs” because I am built like my 6’5″, athletic father. He doesn’t know I swam competitively for 17 years, tried out for the Olympics and can leg press 245 pounds.

He doesn’t know I recently lost two dear friends to suicide, and sometimes when the pain is too great, I deal with it by over-eating, something it seems he can relate to.

When I went to work that day, I focused on making the suits look lovely and comfortable. When I watch the video, all I see is a woman glowing from the inside out, smiling so bright and having fun. That’s what beauty is to me. Self-confidence and owning who you are and where you are (weight fluctuations and all), is drop-dead gorgeous to me. Nothing is sexier than being kind to others.

While some of the comments weren’t pleasant to read, I saw this as an important opportunity to heal and grow, and acknowledge the times when I have not been kind to myself or my body. The times I used to think my body’s appearance defined my self worth instead of who I am on the inside. The times I compared myself to the size zero models standing next to me, and felt uncomfortable being the “big girl” on set, questioning why I, too, could not have their “perfect” body type. The times I chose to over-indulge with food and alcohol, and then be mad at my body for not looking and performing a certain way. I, too, have been guilty of dishing out some pretty harsh criticism.

My behavior and my thoughts about my body are really the only ones that matter.

For the record, I do have a gym membership, two of them actually. I train three to four times a week, and my trainer tells me I’m far and away his strongest female client.

No, I’m not the skinniest girl at the gym or on set, but I’m fit, healthy, and most importantly, I’m kind-hearted, supportive of others and happy.

Image: Courtesy of the Author 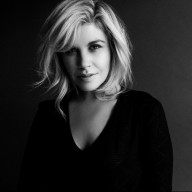 Kate  Eckman is the author of, The Full Spirit Workout: A 10-Step System to Shed Your Self-Doubt, Strengthen Your Spiritual Core, and Create a Fun & Fulfilling Life, whi… Read full bio