“Excuse me, what did you just say?” 3 Reasons I Don’t use Sanskrit in my Yoga Classes. 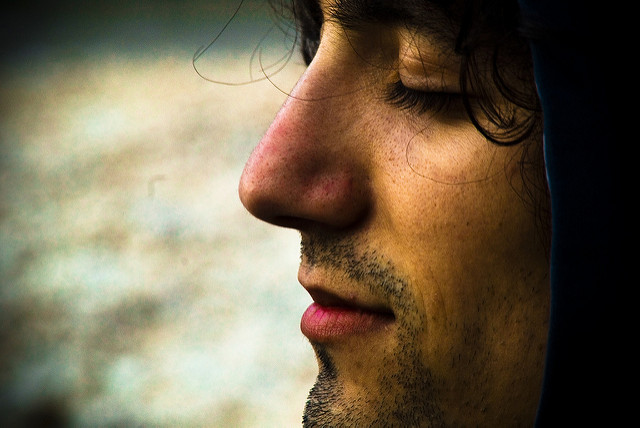 When I began my freshman year at DePaul University, I attended my first “real” yoga class after practicing yoga with Gaiam videos for three years.

Even though I had done several hours of yoga, I had never actually practiced with an instructor. As many of you have probably experienced, practicing yoga with a video or an app, is vastly different from practicing in a yoga studio.

So after days of indecision and procrastination, I finally got the courage to try a class. I walked into a Chicago area yoga studio and I immediately felt isolated.

I shuffled in without a clue what to expect and the foyer was filled with young beautiful people dressed in fashionable yoga clothes. I thought, “I do not belong here.” I’m pretty sure I was wearing my Nike basketball shorts—I definitely wasn’t in my home town, anymore.

Big-eyed and sweating, I approached the front desk. The staff was busily engaged in yoga talk and I stood there for a good minute before I was acknowledged. More uncomfortable than I had ever been in a new setting, I felt completely out of place and wanted to run away. Thankfully, I didn’t.

Once I was in the studio, I set up my mat, and discovered a world of yoga I had never seen. The instructor, whose name I still remember but won’t mention, began teaching and every yoga pose was said in Sanskrit. The only thing I understood was “inhale, exhale,” which made me lightheaded because my inhales were never on time. I spent the next 90 minutes confused as hell, twisting my head right to left, trying to follow the people on the mats next to me. I hadn’t seen 70 percent of the poses, my breath was short and I could not keep up. In final relaxation my mind was definitely not relaxed. I sat up to “Na-mas-te” and I remember thinking, “Excuse me, what did you say?”

From my very first real class, I didn’t understand why yoga instructors taught in Sanskrit. I would bring it up in conversation, but it always felt taboo, like “Hush, this is just how we do things.” No one ever gave an explanation I understood.

When I arrived at Kripalu Yoga Center in Massachusetts for yoga teacher training, it was the same. There was a long list of Sanskrit that we all had to learn in order to graduate. While I was there, I remember thinking, “I’ll play by the rules, but when I leave, I will never teach in Sanskrit.” And, I didn’t.

When yoga classes are taught in a foreign language it creates a barrier to entry, and a language barrier should not be the reason a person doesn’t practice yoga, especially when in a class mostly comprised of English speakers.

I want the world to experience the benefits of yoga, so I believe it’s important to speak in terms that people understand. The system of languaging I practice is breath, verb, body part, direction (Inhale > reach > your arms > overhead). Most people, can understand this model, which makes people feel welcome from the beginning.

Yoga is an experience of mindfulness. In order to have an experience that welcomes self-discovery and exploration, it can’t elicit intellectual/left brain response.

When yoga is taught in Sanskrit and not the local vernacular, practitioners stay in their left brain and are never able to experience the subtle sensations of the feeling/right brain body. It’s like the difference between watching a movie with and without subtitles—one feels like more work than the other, which makes it harder to sit back, relax and enjoy.

When a practitioner has to think their way through class they might as well be in their office. People are more likely to come back if they actually feel the benefits of yoga.

3. Yoga is a state of consciousness.

Yoga is a movement practice that allows humans to connect to all aspects of Self. But how?

Yes, yoga originated in India as a Hindu ritual practice, but why has yoga made such a huge impact in the Western world? Because the effects of yoga are accessible to everyone—all humans are capable of the state of consciousness achieved through breath awareness.

Yoga is not specific to one culture or religion. Yoga has had the ability to transcend culture, gender and religion because yoga is secular.

The two things that separate humans from other animals: we are bipedal, and we have consciousness—our ability to reflect on the world around us. Humans have multiple layers of consciousness and through yoga or this meditative state, humans are able to detach from the mind to experience more subtle sensations. Yoga is the practice of detaching from the mind by connecting to the breath through movement; however movement is not needed for yoga to happen.

Everyone can experience the effects of yoga as long as they are observing their breath, so why complicate something so simple? My guess? Because we’re human, and we think too much.

Yoga is a state of being in union with mind, body and spirit, which means it can be done anywhere and in any language, on and off the mat because yoga isn’t about the mat or the jargon.

It isn’t about the words; it’s about sensation and connection. So go find your yoga—whatever that is. 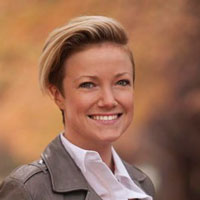