For a Personal Revolution, we Must Confront our Inner Extremist. 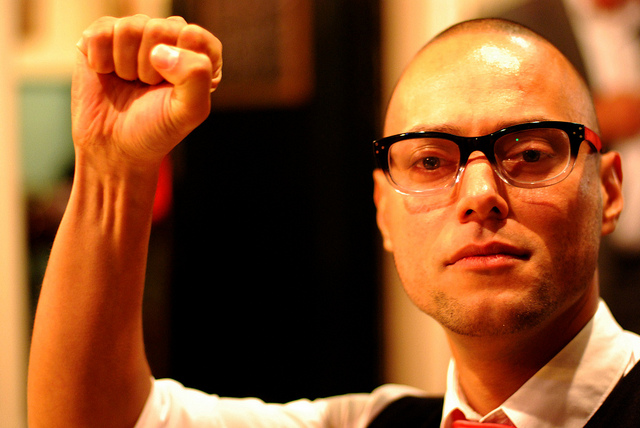 Every successful revolution carries with it the potential for extremism.

If extremism is central to it, you get the Cultural Revolution in which Mao Zedong took action to curb what he believed was a growing division and elitism between China’s intellectuals and working class; and, instead, unleashed enormous strife, persecutions and torture that destroyed lives and dramatically impeded China’s economic stability and growth.

But when extremism is peripheral to a revolution, you get the Civil Rights Movement.

Selma, Ava DuVernay’s 2014 film, chronicles Martin Luther King Jnr.’s campaign to secure equal voting rights for blacks. She weaves into the central conflict, the then-separatist ideologies of Malcolm X as a frightening but realizable alternative to King’s non-violent approach. Malcolm X voiced the potential for extremism that, some believe, cemented the success of the Civil Rights Movement.

For each of us, personal development—the desire to, sometimes radically, transform our lives and circumstances for the better—is the start of an individual revolution. It, too, harbors extremism which many of us fail to recognize.

Extremism at the Center.

We want to be our best selves, which naturally implies being, at minimum, good at whatever we do; and, even more realistically, being good but capable of greatness with enough time. See the 10,000 Hour Rule promulgated in Malcolm Gladwell’s book, Outliers.

For many years, I refused to act on my deepest desires because I didn’t see how doing so would result in success. And by success, I mean validation from others. Unaware of my inner extremist, I dropped everything to relocate to a new city, to change jobs, to leave everything behind for a fresh start—everything but me.

I chased after quick results and ignored brimming passion. I said to myself three months after moving to a new city or six months after starting a new job, “Enough! Something has to give!”

The decisions I made and the steps I took to make my life better were consistently borne out of an unconscious, semi-conscious or fully conscious desperation.

Extremism was baked right in.

Extremism at the Periphery.

Acknowledging the extremism within every personal revolution allows us to move the extremism from the center of our unfolding to the periphery. This makes life changes stick and new habits persist.

Extremism isn’t the goal. It’s a strategy. It’s Malcolm X saying, if not King, then me. It inspires the revolution.

Pain is still what motivates most of us to change our lives for the better. We want out and we want it now! That’s extremism waking us up to the possibility of a new reality. We need it.

But if extremism is central to our decision-making but on the periphery of our consciousness, we find ourselves stuck in the middle between who we think we are and who we want to be. And we feel more stuck because we think this new diet, job, relationship, self-transformation workshop is what’s been missing to propel us from stuck to free.

Another way to look at this is to realize that when extremism is the goal, the ego or not self is charging ahead. When extremism is a strategy, the higher self or real self  is at the helm.

The rightful place for the ego is the periphery. It has skills and talents at its disposal that make the realization of our revolutionary ideas possible. It gets stuff done.

If the ego is central to why we seek change in our lives and controls the steps we take to make it happen, we fail more often than not and potentially cause immense harm to others as well as ourselves.

In 2009, after losing my job and my home, I got a fresh start. The job I took wasn’t a dream job. It was the only job available at a time when I had only a few hundred dollars remaining after a year of unemployment. It didn’t pay well, but I said yes and relocated from the East to the West coast.

Broken promises about increased pay and a toxic work environment activated my inner extremist within weeks. It was ready to do what it’s always done—act. But I pushed it to the periphery, which wasn’t easy. It fought me for many months, but I stood my ground. I knew that if I ever wanted to become who I really am, I had to allow my real self the time it needed to assume greater control over my life.

Instead of jumping from the pot into the frying pan, as they say, I stayed at that job nearly five years, the longest I’d ever stayed at one job. In spite of ongoing challenges, I created a thriving department, learned invaluable skills and used the stability to explore the depths of my passions without attaching them to success. More than this, when I did leave that job, it wasn’t because I felt stuck but because I felt free.

We don’t like feeling stuck and we’re desperate to affect change in our lives as quickly and as painlessly as possible. The initial response to this desperation to get unstuck is the ego’s extremism.

Whatever action we take in response to that feeling is guaranteed to be hit or miss. It’s possible, however, to keep the inspired feeling that compels us to act but, at the same time, decentralize the ego. At the periphery, the ego awaits further instruction from the real self. It’s a reasoned rather than purely emotional response to our inner drive to change our lives for the better.

This change is always for our highest good. This change does no harm.

Where are you stuck in your life? In what area(s) of your life is your inner extremist urging you toward a personal revolution?

How has your inner extremist sabotaged your ability to sustain desired changes in your life?

Our inner extremist is as necessary to our personal development as many believe Malcolm X’s imminent threat was to the success of the Civil Rights Movement. Our ego says, “Things must change now.” And if we don’t do it consciously, invoking the real self, the ego will make change happen by any means necessary. 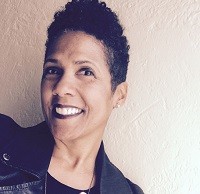