For the Conscious Consumer, Organic Cotton can’t be Ignored. 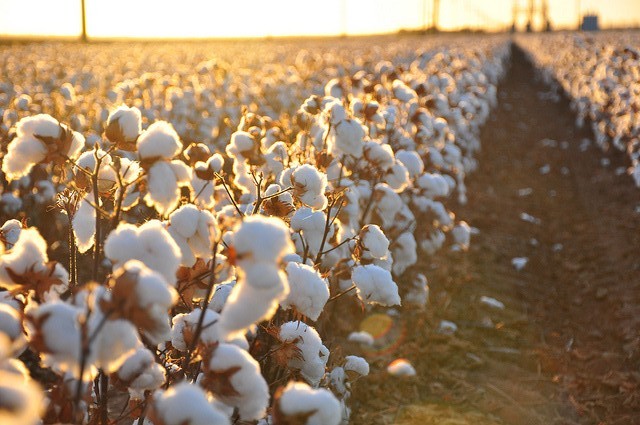 Organic Cotton. Before you roll your eyes and skip over the article know this: I really struggled with writing this piece because, at baseline, it just seems beyond ridiculous.

However, if we want to be conscious consumers, organic cotton needs our attention as this segment of the industry is critical.

To complicate matters the “bad guys” in this push and pull of cotton are not technically doing anything wrong. Deplorable and gross, sure, but in the eyes of the law—nothing illegal. While I would love to give you a simple David and Goliath story, I can’t. What I can do is paint the picture of this issue. Let us begin!

When we think cotton, the sing song-y “the fabric of our lives” plays in the background. Cotton itself is an amazing way to be a conscious consumer. 100 percent cotton clothing is biodegradable and recyclable, unlike the synthetic blended material that is used by fast fashion brands. That F21 shirt will outlive you, everyone your grandchildren will know and then some.

Cotton is a major component of the wardrobe we live in. Most of the average consumer’s attire is either cotton or cotton blends. But cotton isn’t all Zooey Deschanel and flowing dresses.

Cotton is now a pawn in a market that is controlled by three juggernaut companies: DuPont, Syngenta and Monsanto. These three heavy hitters have more or less cornered the cotton market owning 53 percent of it.

Genetically modified (GM) seeds have changed the game, and are not all inherently bad (queue the vehemently opposing comments). The most recent statistic I could find was for 2007 when 43% of cotton was grown from GM seeds. And guess who sells 90% of these seeds? Monsanto.

So what is the problem here?

Farming isn’t the industry it used to be. China and India dominate cotton production—they spit out 59.8 million bales of cotton a year compared to the wimpy 17 million grown by the U.S. So the landscape has shifted and farmers are pressured to yield more, faster.

Companies that peddle GM seeds promise higher yields since they see a staggering 15-30 percent higher yield in the first year. At this point it seems like GM seeds are the path to success—they yield more product, fight off pests, and are made by trusted companies.  Then the second year rolls around and that sexy seed has spawned into different plant-forms altogether and the new plant-forms then deplete the land of its vital nutrients.

The cotton farmers cannot cut their losses or focus on growing other crops because the GM seed has now infiltrated the land, making multi-product farming nearly impossible. And then we have the battle cry of organic advocates—pesticides.

Cotton is a thirsty crop, chugging water like a hungover college student—I am talking 20,000 litres of water to make a simple T-shirt and jeans ensemble. GM products need pesticides that sink into the ground water. Sixteen states are drinking contaminated water that many claim are a result of these practices—I’m betting you are too.

I understand if you have gone glassy eyed with these seriously constant statistics and the same ol’ organic shaming. So I will move on to a more tender subject. People.

India. Farmers in India, who have owned their land since what seems like forever, are approached by big daddy companies (either lenders or US companies) and are promised more yield, more money, and a better life. But as we know, that is only in the beginning.

The Vidarbha region of India that used to be deemed the cotton belt, now bears the name “the suicide belt.” Small farmers reportedly fall into the grand canyon of debt and it becomes a matter of life and death. Farmers are helpless, hopeless, and humiliated. Not only is the land that their great grandfathers owned now in the hands of lenders but they can no longer provide for their families. They see no way out, because frankly, there is none. So they end their lives and like most suicides, they leave a path of heart break and pain. The Center for Human Rights and Global justice cited that as of 2010, 250,000 farmers had committed suicide. That is a brutal statistic to stand against, but as a recent study states “the increase in suicides among Indian farmers is an unanticipated consequence of the bank reforms the country undertook since the early-1990s. In particular, the entry of foreign and new generation private banks has made banking in India competitive and led to fewer loans to agriculture and farmers. With increased competition, banks saw lending to the farm sector as unprofitable and unreliable.”

Setting my bleeding liberal heart aside here, this rhetoric seems all too convenient.

Yes, there is a suicide epidemic in farmers. Opponents of the direct correlation have said that, “Studies from South India have shown that the most common contributors to suicide are a combination of social problems, such as interpersonal and family problems and financial difficulties, and pre-existing mental illness.” None of which denotes the GM seed suppliers. But what came first, the chicken or the corrupt state of the lending system in developing countries? And where do American consumers fall into this?

Big business boogiemen didn’t strangle the farmers of India but they sure as hell weren’t naïve to what would likely happen. Because, they were utilizing capitalism and free trade market in, “producing more, conserving more and improving lives.”

And playing corporate advocate, they didn’t technically do anything unethical. The risks of yield are clearly documented when a farmer decides to get into bed with Monsanto. However, while I have no proof, I would put money on lenders in India failing to share these intricacies to small rural farmers. But again, that isn’t their problem, big business did their due diligence. At what point are they off the hook? And once they are off the hook, who is to blame?

Now that I have officially made you want to swallow a gallon of pesticides, there is a real way we can work to improve this.

Following the “dirt to shirt” path of clothing is rough. However the Global Organic Textile Standard (G.O.T.S) has given us a way to research and purchase clothing that is produced organically and manufactured with actual humans in mind. They also cover “packaging, labeling, trading and distribution of all textiles made from at least 70% certified organic natural fibers.”

Organic cotton has seen a 10 percent increase in 2014 due to consumer demand. And top ten brands have upped their use of organic cotton by 25 percent. If we, as consumers, show interest in organic cotton it will flourish.

There are companies who care about organic cotton, really. I was pretty jaded after reading about the constant dirtiness of the cotton business and was in complete doubt of any company having  any investment in this matter. But after reaching out to the co-owner of my favorite organic clothing company Synergy, I asked Henry Schwab outright, why? Why did he think that this was an important issue?
His response: “We are into doing whatever we can to protect the planet and to show people that you can be fashion forward and still be eco at a price that regular people can afford. It is a very hard balancing act, but it is who we are and what we believe in. By producing organic clothing and by following fair trade guidelines we want to leave the world in as good of shape as we found it……also, by showing that by growing organic materials and producing organic clothing that you can make a living.”

It is nearly impossible to have a closet entirely of organic cotton and buying organic cotton will not erase all injustices in the textile industry. But what it will do is show that you support a different way of consuming fashion. There is a demand, and companies will rise to meet demand.

If you buy one thing a year that is made of organic cotton—socks, a dress, tampons—believe me it will make a difference in the “fabric of our lives.” 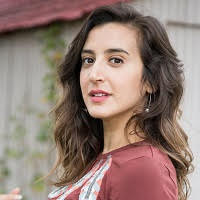