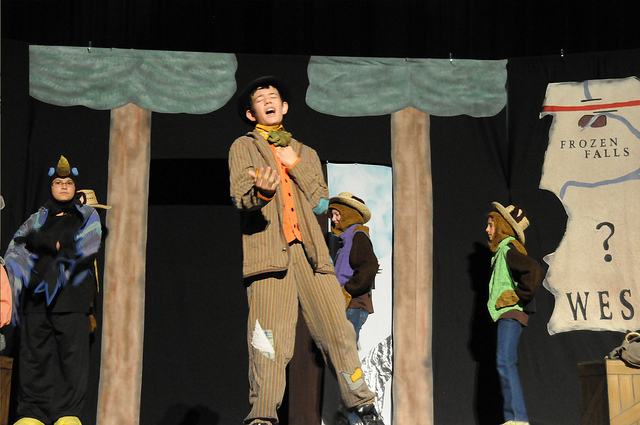 My son, who received his bachelor’s degree in industrial engineering less than a month ago, recently began a three-month summer internship with a major national corporation. So far they’ve treated him exceptionally well, both personally and financially. It’s no surprise, then, that they’re interested in a full-time return on their investment.

Of course, I immediately asked the obvious crass material question: How much would they pay you?

His answer made me gasp.

The salary he named was more than twice my highest lifetime wages, which, sad to say, peaked in the early 90’s. This is my son’s very first post-college job—his earning power will only increase over the years.

Because they chose to write, to paint, to dance, to make music. Because they chose professions that aren’t valued in today’s market, a market that offers increasingly narrowed jobs focused on high-tech skills sets.

Our educational priorities shoulder much of the blame for this bias against humanities and the arts. Recent years have seen our top officials promoting STEM (Science, Technology, Education, Math) as the preferred educational curriculum. Corporations, foundations and even universities tout the necessity of favoring STEM-based skills that, they presume, will make our workforce competitive with the rest of the world.

Some of our leaders even believe that arts and humanities degrees have become unnecessary; they’ve gone on record to suggest de-funding these majors. My home state’s governor, Florida’s Rick Scott, has hopped on this bandwagon, saying, “If I’m going to take money from a citizen to put into education, then I’m going to take that money to create jobs. So I want that money to go to degrees where people can get jobs in this state. Is it a vital interest of the state to have more anthropologists? I don’t think so.” (Anthropologists were not amused.)

Advocates—including President Obama—believe that STEM education helps prepare the next generation to succeed in life and to compete in a global market that has become increasingly reliant on science and technology. These proponents maintain that STEM, if taught correctly, fosters creativity and problem-solving skills by training students how to think critically in a collaborative environment.

The U.S. Department of Education also throws its weight behind STEM: “In a world that’s becoming increasingly complex, where success is driven not only by what you know, but by what you can do with what you know, it’s more important than ever for our youth to be equipped with the knowledge and skills to solve tough problems, gather and evaluate evidence, and make sense of information. These are the types of skills that students learn by studying science, technology, engineering, and math—subjects collectively known as STEM.”

The problem with this premise is its narrow, short-term, and nationally selfish focus on teaching technology-based job skills to maintain a competitive world presence, cloaked in the guise of doing what’s best for our children. Fareed Zakaria of The Washington Post is one opponent of STEM-based education. He writes, “The United States has led the world in economic dynamism, innovation and entrepreneurship thanks to exactly the kind of teaching we are now told to defenestrate. A broad general education helps foster critical thinking and creativity. Exposure to a variety of fields produces synergy and cross fertilization. Yes, science and technology are crucial components of this education, but so are English and philosophy.”

One quick-fix gesture to STEM’s missing arts and humanities component has been to insert an alphabet soup of letters into the STEM acronym, e.g., “A” for Arts (STEAM), “R” for Reading (STREAM). But the danger of these well-meaning movements is that, in many cases, the additions are mere decorations used to augment the more “desirable” STEM skills. Funding for STEAM or STREAM curricula too often depends upon justifying how these elements support STEM, because they are not considered worthy of study in their own right.

Let me be clear: I am not anti-STEM. My son is a prime example of a student whose affinity for STEM-based subjects has enriched his knowledge and increased his luster in the job market. The significant difference is that he’s chosen his profession after a well-rounded education that included not only STEM subjects, but also the arts and humanities.

What I am is anti-cookiecutter—and too many STEM programs seem to be wrapped up in nice, neat marketing packages that eschew full integration of humanities and the arts. If these components are not part of the entire educational framework, STEM on its own may very well warp into simply a functional and capable means to a pre-determined end. Students will become well-versed in industry-based skills at the expense of art, literature, music, dance, theater, history, philosophy. In short—and here I admit my bias—STEM turns its back on the very nuances that cross cultural boundaries and give our world ephemeral beauty.

Our next generation will become diligent worker bees adept at extracting honey without ever learning to appreciate the flower.

And here I’ll draw a somewhat far-reaching conclusion: developing a nation of technicians (i.e., drones) no matter how skilled, does not encourage innovative thinking. I fear this will lead to a whole generation that no longer questions authority or challenges assumptions. Without the tempering of the creative arts, it is precisely this loss of imagination that may one day be our undoing. It’s not that technicians are unable to challenge, of course. The question is, will a nation of nothing but technicians understand how to challenge—or worse, will they even care?

A strong STEM curriculum moves students away from rote memorization and teaches problem-solving skills using hands-on experience and real-world examples. That’s a great thing—and undeniably necessary in today’s rapidly changing world. But studying humanities and the arts teaches another, equally important, way of thinking.  Julio Ottino, Dean of Engineering at Northwestern University, writes “In arts and humanities, students learn to contemplate and frame questions differently; creative and metaphorical thinking come into play. Questions are placed on a broader canvas, with context and an understanding of implications from the perspectives of individuals and groups. Not all thinking is problem driven. It is in the augmentation of possibilities—the things we never knew existed—where remarkable opportunities lie.”

As for my son, as soon as I recovered from salary shock, I asked him about his plans post-internship. Was he leaning toward accepting the company’s full-time offer?

No, he replied. Unless circumstances change drastically, he intends to stick to his original, much less lucrative, plan: pursuing his Ph.D. He wants to apply both his problem-solving and creative thinking skills toward meaningful work that makes a difference.

Within my son’s response lies the answer: STEM, humanities and the arts do not have to be mutually exclusive. So let’s stop and think critically about why we have this divide in today’s educational system. What we should strive for, at our core, is to teach our children in a way that expands, not contracts, possibilities—and I’m not convinced STEM alone is the answer. Rather than favor one discipline over the other, we should simply champion the most comprehensive education possible—a well-rounded one that includes STEM, humanities and the arts. Our children deserve nothing less. 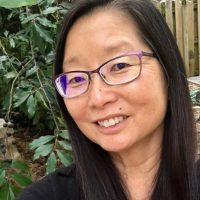 Melinda Matthews is an editor by day and a writer by night. She is also a grammar snob (just a bit!), a yoga lover, and a total kirtan junkie. … Read full bio