My Message to Women after the Brock Turner Rape Conviction. 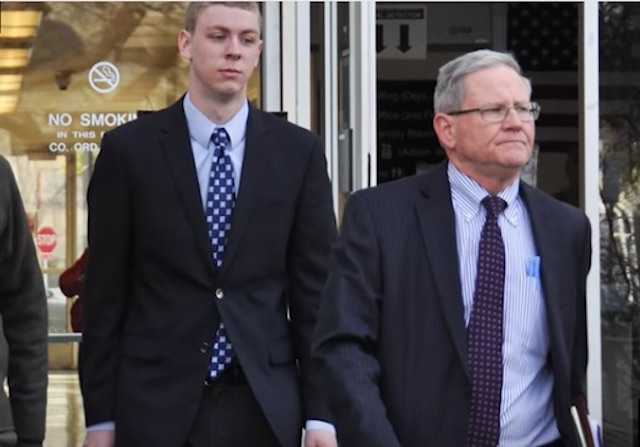 In January 2015, a young man was seen on top of a half-dressed young woman near a dumpster on the Stanford campus.

The man was conscious. The woman was not.

Two passersby witnessed the scene, felt something was amiss, and attempted to approach the young man. When he fled they chased and detained him while alerting campus authorities.

The young woman was taken to a nearby hospital where she was admitted, and received treatment consistent with a patient who had been raped. By her own account in a 7,000+ word letter to her convicted assailant, she outlined her experience waking up in the hospital:

“I was asked to sign papers that said ‘Rape Victim’ and I thought something has really happened. My clothes were confiscated and I stood naked while the nurses held a ruler to various abrasions on my body and photographed them. The three of us worked to comb the pine needles out of my hair, six hands to fill one paper bag. To calm me down, they said it’s just the flora and fauna, flora and fauna. I had multiple swabs inserted into my vagina and anus, needles for shots, pills, had a Nikon pointed right into my spread legs. I had long, pointed beaks inside me and had my vagina smeared with cold, blue paint to check for abrasions.”  ~ 23-year-old rape victim

The young man was identified as Brock Turner, (now former) freshman swimmer at Stanford University. He was arrested and charged, and in March 2016 was convicted on three counts of sexual assault (assault with intent to commit rape of an intoxicated woman, sexually penetrating an intoxicated person with a foreign object and sexually penetrating an unconscious person with a foreign object).

This month he was sentenced to six months in a county jail with three years probation. He is also required to register as a sex offender, which will remain with him throughout life.

The case has been highly scrutinized for several reasons.

At the time of his sentencing on June 2, 2016, the only photos available of Brock Turner were smiling head shots from Stanford University and his swimming career. Mugshots were never released in the 18-month period since his arrest.

When the Santa Clara County Sheriff’s Office finally released a photo on June 6, 2016, it was not the original arrest photo but instead a photo from his sentencing just a few days prior.

After public pressure from journalists, they released the original arrest photo later the same day depicting Turner from the night of the assault.

While the maximum sentence for sexual assault is 14 years in prison, the prosecution asked for six years. Brock Turner was given six months in a county jail with three years probation.

The judge said that he considered Mr. Turner’s character and lack of criminal history and felt that “a prison sentence would have a severe impact on him.”

Both the victim and Mr. Turner’s father wrote letters that have been publicly released.

The father’s letter has gained particular attention for his referring to the assault as “20 minutes of action” not worth the consequences it has brought to his son’s life. He also mentions how his son has been too depressed to eat his favorite food, steak.

The victim’s letter details her experience including the events of the evening prior to the party and the subsequent waking up in the hospital. She addresses Mr. Turner directly explaining the extent to which his actions have affected her life and implores him to take ownership for the assault.

She ends with the following:

“And finally, to girls everywhere, I am with you. On nights when you feel alone, I am with you. When people doubt you or dismiss you, I am with you. I fought everyday for you. So never stop fighting, I believe you. As the author Anne Lamott once wrote, ‘Lighthouses don’t go running all over an island looking for boats to save; they just stand there shining.’ Although I can’t save every boat, I hope that by speaking today, you absorbed a small amount of light, a small knowing that you can’t be silenced, a small satisfaction that justice was served, a small assurance that we are getting somewhere, and a big, big knowing that you are important, unquestionably, you are untouchable, you are beautiful, you are to be valued, respected, undeniably, every minute of every day, you are powerful and nobody can take that away from you. To girls everywhere, I am with you. Thank you.” ~ 23-year-old rape victim

According to the victim and court records, Brock Turner has never openly taken responsibility for his convicted actions. He has instead focused both his remorse and frustration at a college culture that encourages binge drinking.

Where do we go from here?

These are the particulars of a case that has sparked deep emotion in millions of Americans, myself included.

In parents sending their sons and daughters off to college. In women who have been sexually assaulted. In people of all ethnicities, who have ever been subjected to unequal treatment because of gender, race, status or beliefs.

And although it would be easy to jump on the bandwagon of fear and hate and frustration, it’s important to take a step back and observe ourselves. We are but mirrors of the deeper pain lying dormant inside, and in moments like these, what bubbles up from within is trying to teach us something.

Admittedly I feel immensely for the young woman. I was sexually assaulted in college, and I never pursued any action against him. I silently wore the shame and pain of that experience for many years, and this woman’s bravery has stirred something fiercely potent within me.

But just as I wanted to send streams of negative energy toward Brock Turner and join the masses in crying out in rage, I caught myself. Because I realized that inflicting more pain doesn’t create healing.

And love doesn’t have to look like understanding or forgiveness or even condoning. When the wounds are fresh and the pain is deep, love can simply be an act of going within and pulling closer to the truths in our own lives.

For me it is the promise I’ve made to myself to talk openly to my young daughter about her body, her choices and her voice as she grows and matures.

It is the tenderness I’m holding for myself as old emotions bubble to the surface in relation to this case and the assault I endured.

It is the deep breaths I’ve been taking when the feelings of judgment have wanted to overtake me.

It is patience and presence and a whole lot of reflection.

The best thing we can do in times like these is to look at ourselves. As much as we may feel for any or all of the parties involved, the only life we truly have responsibility for is our own.

And as the victim so eloquently quoted, may we “stand there shining” like lighthouses. May we find the light within ourselves and shine it brightly for others to see. May we find peace. 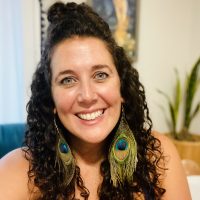