The Realization that Made me Care about Our Environment (& it’s Not Global Warming). 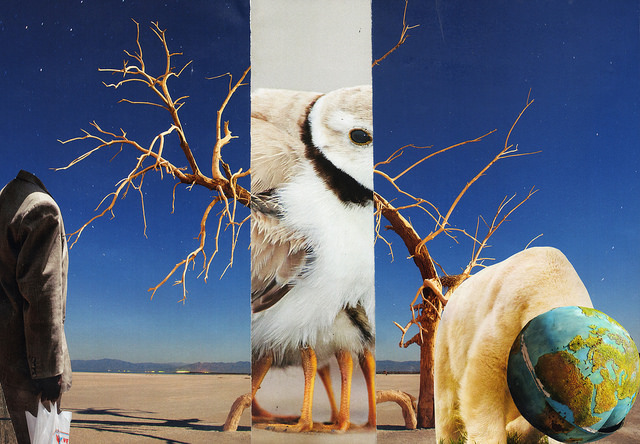 “The total number of minds in the universe is one.” ~ Erwin Schrödinger

It’s becoming hard to take active responsibility for our earth.

The majority of the population is taking the whole global warming issue for granted while the rest isn’t quite aware of the impact that we, humans, have on our environment.

From where I stand, I must admit that long ago I was a mixture of both and I didn’t really know how much effect my existence has on the continuity of life on earth.

A few years back I watched a documentary about how life on Earth emerged. I was stunned to see how everything is interconnected. To put it in perspective, there is one immense consciousness that’s dispersed to different organisms. The atoms, the carbon and the oxygen that exist in nature and in the galaxies, are the same that exist in our bodies.

For me, the duality that I have created between nature and I, allowed me to unconsciously destroy it. It’s this sense of separateness that has developed out of human nature.

It took me a long time to realize that I am literally hurting myself when I’m hurting the environment. I pondered the question, “Would I willingly destroy me?” Only an insane person or a masochist would hurt himself on purpose, and luckily, I am neither.

When I started operating from the belief that this universe is the bigger version of me, I started taking care of it.

The duality that we create with nature extends to our human relationships as well, and this is the main reason why we lack compassion. Nevertheless, when we acknowledge that we are one, our actions will change significantly because we comprehend that we are only harming ourselves.

Now I realize more than ever that it is my utter duty to take care of this astounding creation as it is a reflection of my own presence. How I treat the universe (and others) is a mirror of how I treat “me.”

What earth has in store for the population is impossible to comprehend on the intellectual level. So being cold to it is like being cold to a person who’s unconditionally loving us and giving to us in abundance. As humans, we constantly ask for love and actions from other humans. What we can’t see is that we are actually receiving much more than we are asking but from a different organism.

The least we can do here is appreciate what’s being given to us and give back without second thoughts. Just like we wouldn’t destroy an expensive piece of furniture or a magnificent renaissance painting, we shouldn’t destroy this exquisite earth that we call home.

Thankfully, now I reduce and reuse. More importantly, I think twice before committing any crime against mother nature as I know I’d only be wrecking myself.

We’ve been blessed with awareness. How about we start using it for the benefit of our environment?