This is what would have Happened if Convicted Stanford Rapist Brock Turner were Black. 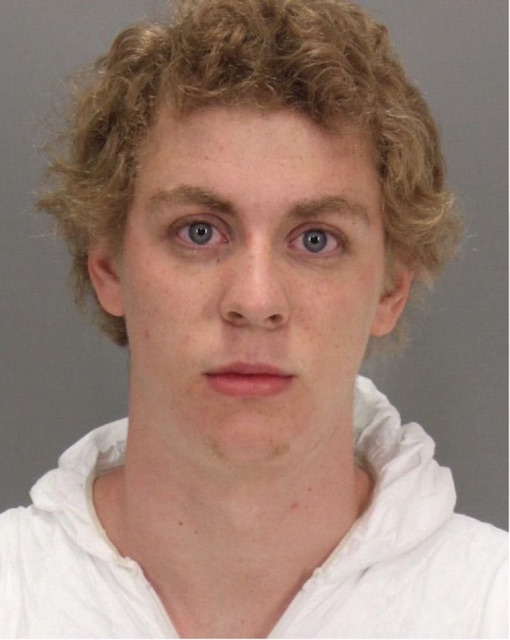 “In this country American means white. Everybody else has to hyphenate.” ~ Toni Morrison

Let’s pretend for a moment that instead of the affluent ivory skin that Brock Turner enjoys the daily privilege of walking around in, he was a black man instead.

Let’s imagine that he wasn’t studying at one of the most prestigious colleges in the country and was a black man working a decent nine to five job and just happened to be at the party that evening.

In this case, let’s just make believe that it was a black man who got drunk at a college party and then proceeded to grope and try to make out with various women—including the victim’s sister.

Had that been the case, immediately after his arrest we would have seen the most heinous and terrifying pictures of him the media could find plastered across our television and computer screens—not one of him in a school blazer, smiling confidently for the camera.

It’s more likely that he would have been featured in a hoodie—because more crimes are committed by those wearing hoodies than other types of clothing, right?

There would have been an outcry over public safety that this “animal” was able to be released into the general public—and the fact that he didn’t remember how he got behind the dumpster over the semi-nude body of a woman would have been laughable.

No one would have believed him.

If this black man didn’t have the good fortune of being born into a financially well-off family and instead had to use a public defender, he wouldn’t have gotten the same trial that money was able to buy Turner.

And it sure wouldn’t have lasted sixteen months, because as soon as we saw his dark skin plastered across the righteous and racist airwaves, we would have declared him guilty simply because he’s black—since, in our experience, all black men are guilty of something.

This black man wouldn’t have been told that a six-month sentence would have a major effect on his life and that he had his entire life ahead of him as the reason why he shouldn’t spend more time in prison—no, if Brock Turner had been black, he would have received the maximum sentence allowed.

Brock Turner wasn’t sentenced because of the facts of the case, but because he is white—and of course white is always right.

When are we going to start opening our eyes to see just how divided this country is?

That the storyline goes so much deeper than a young man shot and killed wearing a hoodie on his way home from buying snacks, and that it’s so much more than a rich young white man who gets to serve only six months for assaulting and raping a woman behind a dumpster.

In the early morning hours today, I read the victim’s 7,000 word statement.

This isn’t a case I have been following closely, but something about the victim’s own words called to me, so I read it and my very first thought when I finished reading it was that if Brock had been black and not rich, the trial and verdict would have been dramatically different.

I honestly was crying thinking about how angry it made me that no one is talking about the differences that still exist between races—and that it wasn’t fair that regardless of what my beliefs are or how I am raising my children we are still living in a world where people are judged on the color of their skin alone.

I’m not sure if it’s his white skin or his wealth that are worth more in this situation, but perhaps the biggest betrayal isn’t in the judicial system but in the America that can stand behind saying that this young man has his whole life ahead of him, while innocent black men are being persecuted and killed in the street for nothing more than being born with darker skin.

Regardless of how far we have come as a nation, and notwithstanding to the fact that we have been lucky enough to see a black president in office, we still are shutting our eyes to the truth that lives right in front of us.

It’s not okay for any man—white, black or purple—to have been given a six-month sentence for forever changing the life of a woman by invading her body and destroying her sense of self and the peace that she had previously known.

It’s unacceptable that we are still seeing colors when we look at people instead of judging them by their actions.

It’s not okay to think that the white man walking down the street toward you at night is less of a threat than the black man across the street purely because of skin color.

It’s not even all right for us to raise our children in a way that deprives them of the reality of living in a world where countless races and ethnic backgrounds exist. As long as we are buying into the bitter and short sale of us versus them, then we are perpetuating the crimes against blacks that have plagued their race ever since they were bought and sold like property at the hands of people who viewed them as nothing more than workhorses for their business.

We have to rise above—not just those who want to embrace black power but those from any race who wish to permanently level the playing field, so we can someday exist in a world where everyone is truly judged upon who they are as a person and not the box they have to check off in a government census.

The reality is that had Turner been black this case would not have played out like this. But instead, he was able to use his white skin and Ivy League smile as collateral for a future that is apparently owed to him, for no other reason that I can see than the color of his skin.

And in that one verdict, it wasn’t just a failure for the victim and her family, but for our nation as a whole.