Vegan(ish): Confessions of a Fraud. 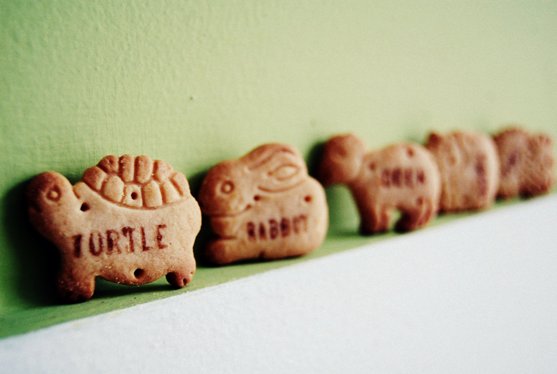 You’ve probably already guessed this article is about food.

That’s because I’m super good at naming stuff. However, when you start labeling humans, you run the risk of throwing a lot of important variables to the wayside.

Now, veganism is defined as both the practice of abstaining from the use of animal products, particularly in diet, and an associated philosophy that rejects the commodity status of animals.

Right. Got it. What about people who practice most of the vegan philosophy? Do we toss them to the wolves and lock them out of the vegan clubhouse? What if someone doesn’t eat meat or animal products, but rocks a vintage leather jacket? What the potato do we call those people? And, do we have to call them anything?

My diet has been a roller coaster ride over the years—mostly dependent on the situation I’m in. I travel a lot, and that can throw a wrench into my Save the Planet, I’m Super Healthy preferences. “What do you mean this overnight train through rural Eastern Europe doesn’t have raw, organic, vegan, local options? How dare you!”

And while it’s obvious how challenging it can be to stay on track in transient situations, it can still be a pain in the derrière to follow a vegan diet during the daily grind. Our society is currently designed for vegans to fail. It’s obscene how many products and foodstuffs are made with animal byproducts, like whey powder land mines lurking in the mist. You need an investigative journalism degree to buy flippin’ crackers these days.

So why am I pursuing a vegan lifestyle? Because of all the reasons: animal cruelty, environmental repercussions, personal health and the very fact that it’s so completely unnecessary to consume animals anymore (unless you currently reside on a block of ice).

The last point makes hardcore meat eaters cranky, as there is a massive misconception that humans need meat for protein and dairy for calcium. Simply not true. And, it’s not my opinion. It’s science. But, I digress. This article is not to debate veganism versus carnivorism. It’s in support of people who aren’t 100 percent vegan yet, as life gets lifey.

Now, I must admit, before I adopted a vegan-focused diet, I was a big fan of cracking jokes about vegans. Largely because the vegans I knew were elitist hipster vegans. But it was obvious why they were vegan. It was less about the food system and more about turning their noses up, armed with exclusivity. In reality, these vegans were some of the unhealthiest people—living on junk food and cigarettes. Although, I still applaud them for paving the way.

When push comes to shove, I’ll now identify as vegan—so people can get an idea where my moral compass points. However, knowing what I know about true veganism, I can’t authentically say that I’m vegan. Why not? As I said, I travel a lot and find myself in certain situations. So, exceptions are made.

I had an amazing opportunity to stay with a family in a small village in Issan, in northern Thailand. The word spread that I was visiting and they wanted to welcome me into their community. In celebration, the villagers caught a wild pig and prepared for a huge feast. I expressed that it was unnecessary—for multiple reasons. However, the host explained what a privilege it was and people from all around were going to be in attendance.

I was in such awe of what was happening that I had to document it. I filmed the killing (a single blow to the head with the back end of an axe) and prepping of the pig. When it was all said and done, happy smiling children proudly presented me with a bowl of traditional Northern Thai pork curry—specific for the festive occasion. Heart torn, I simply couldn’t turn it down.

Of course, not every situation is a celebration to honour my very presence, but it’s moments like this that would be utterly disrespectful to refuse a meal. Could you?

Also, I’m certainly not perfect. I slip up due to my own lethargy with double-checking ingredients or when I’m about to host a Low Blood Sugar Pass-Out Party from an ill-planned day. But when I can confidently say I have followed a vegan diet for months on end, I feel that is worthy of a title. Vegan Light? Vegetarian Plus? I usually say that I eat “Happy Food.” Happitarian?

Whatever you call me, if I can avoid turning my stomach into a graveyard then I’ve had a good day. And if I get hungry enough, I can always eat my own words. 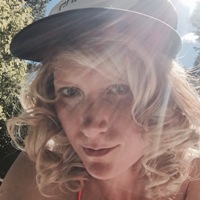