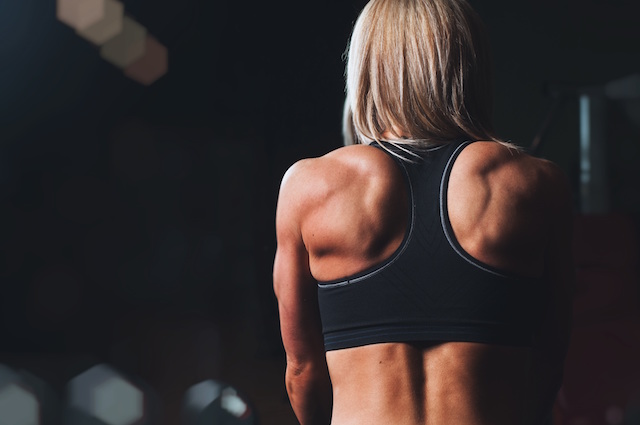 One year ago, I celebrated my fourth anniversary of eating strictly Paleo.

I was not a fair weather cave-woman. I was hardcore.

I ate bread and cookies and cake and pizza and pasta…never. I occasionally let some sugar slip in and sometimes had a bit of dairy. When I did fall off the grain-less bandwagon, it was usually for a nacho after a couple margaritas. But mostly—almost always—it was Paleo, through and through.

I loved eating Paleo. I talked about it. I blogged about it. I got quite a bit holier-than-thou about it. My life changed with it. My energy—and bulletproof coffee—sustained me all day. My waist shrunk. My hard-earned Crossfit muscles begin to emerge. Eventually, my clothes all needed to be replaced and I bought new ones that emphasized my slim and athletic frame.

I was living the dream.

I was healthy. I was active. Clothes fit me well. People looked at me with admiration. I was thin. And I was doing it with two little kids and a full-time job.

Really, sometimes I didn’t have it all together. Really, sometimes I binged on chocolate and peanut butter and apples and ice cream and threw it up. Really, I was spiraling into an obsession with weight, numbers, size, shape, praise and an inflated sense of importance.

Really, I was lost—and really, it sometimes showed.

I’d had an eating disorder before. I knew what the red flags were and I knew what to look for. But that didn’t stop me when I heard the siren song of fat loss and fell hard for the promise of fitness. I lost myself.

One year ago, I began the journey of finding myself. It might not surprise you that I started with a few months of seriously strict it’s-not-a-diet-it’s-a-lifestyle dieting. I cycled carbohydrates and “intermittently” fasted for 16 hours every day. I spent about five hours a week in the gym. I enjoyed food socially, never. I shared food with my family next to never.

I got small. I looked buff. I took a lot of flexing selfies. And posted them.

I knew I had to begin giving it up.

Finally, I called the Employee Assistance Program through my work. They hooked me up with a counselor, and after six sessions she recommended I pursue eating disorder treatment. I wanted to change. I wanted freedom. But I also wanted to stay the same. I also wanted everything I’d said, and every good outcome I’d experienced, to be true.

I’ve had a lot to come to terms with in the past year. I’ve done so publicly and privately, in community and in my own head, heart and soul. I’ve done so painfully and lovingly and abruptly and gradually. I’ve looked triumphant and I’ve looked like total sh*t.

It’s been a year like no other year. It’s been a year of healing and hope-holding and hell. Eating disorder recovery is like nothing I’d wish on my worst enemy—and that’s coming from a reluctant veteran.

I’m not Paleo now. I’m not anything now.

So flourish. Because what the hell is the point of this life if we don’t? If we settle—if we make ourselves small. If we cower and hide. If we let fear control us. If we whittle ourselves into the shape de jour instead of engaging with the essence of our very selves. 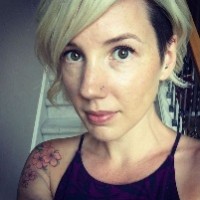