Why Anger is Not the Right Response to the Orlando Shooting. 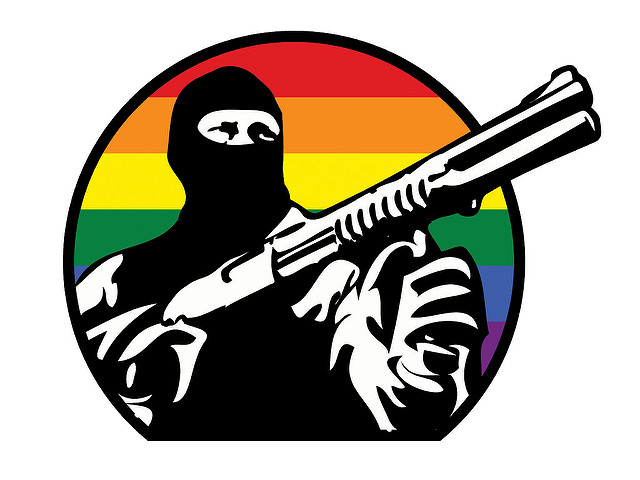 What hurt my soul was how easily it could have been my loved ones who were shot at, fearful, texting final goodbyes in sticky bathrooms.

Shame, embarrassment, anger, pain, helplessness, and hatred are some of the swirling emotions encompassing the past couple of days around the shootings at Pulse nightclub in Orlando, Florida.

What tore my soul apart, made me burn with rage, was the dissociation expressed by strangers, friends, people I knew, immediately following the tragedy: the lack of solutions sought, the stubborn way gun owners won’t give up a hobby that could save a life, the lack of empathy, the unwillingness to understand both sides of the story.

Initially, anger fervently rose at how many people distanced themselves from the situation.

Dissociation with the Victims.

“At least it was perverts being shot, not innocent people…it wasn’t an attack on someone like me.”

The people inside the club are humans, a person exactly like you or me, often oppressed humans (simply due to their gender identification or sexual preference), dancing and enjoying themselves in a safe environment, created because expressing their true selves in other places could be dangerous.

I’m angry because, how can I make a hateful person see that someone who likes the same sex, who identifies with a different gender, is human and deserves love?

Homosexuality is pre-historic; it’s older than the Bible.

Dissociation with the Attacker.

“He wasn’t American, he was a Muslim terrorist, an ISIS member… he had mental problems, Bipolar Disorder.”

There is no evidence that Omar Mateen had mental problems. There is not yet evidence that he was truly affiliated with ISIS, and some evidence suggests his passion arose from internet research.

He is a sane man consumed with anger and hate, who, in a moment, acted on this hate. He could have been your neighbor.

How do we combat hate?

“Just because this crazy guy shot a bunch of people doesn’t mean I should lose my guns.”

I think guns should be banned completely. Many will disagree with me but if people must have them to shoot at targets and live animals as a hobby and uphold their American identity this way, by all means, keep them.

But, purchasing a gun should be more difficult. What if there was a one-year waiting period? Let’s propose to change this. Let’s encourage archery for f*cks sake, not the right to bare arms in the form of semi-automatics that are bought as easily as bubblegum.

Dissociation with Our Country, or the Human Race in General.

“I’m embarrassed to be American, I’m ashamed to be human.”

The shooter was a “person filled with hatred,” Obama says. “In the face of hate and violence, we will love one another. We will not give in to fear or turn against each other, instead we will stand united as Americans to protect our people, to defend our nation, and take action against those who threaten us.”

My festering anger and feeble helplessness made me realize this was the wrong attitude to have. I’m a capable individual, I can invoke change.

Start with yourself. Most hate develops from barriers blocking one from seeing the other person as themselves, unable to see their own characteristics in all humans:

“The yogi understands the faults of others by seeing and studying them first in himself. This self-study teaches him to be charitable to all.” ~ B.K.S Iyengar.

Before gun control, we must fix the base of all murders—our anger.

“There are two types of anger, one of which debases the mind…the root of the first is pride, which makes one angry when slighted. This prevents the mind from seeing things in perspective and makes one’s judgement defective.” ~ B.K.S Iyengar.

Take Time to Understand what Frightens You.

Most fear arises from not understanding someone, or a concept. It’s deemed foreign to us and therefore something we can’t relate to. If the LGBT community confuses you, study it.

I’m a straight woman comfortable in her sexuality because I’ve had the freeing ability to explore many avenues of love: I don’t think I should limit my love to only men, simply because that is my desired sexual preference. I’m not one who believes that kisses or hugs or caring or loyalty should be limited to a certain sex.

I’ve been to gay clubs many times with my friends and it really is a safe space to be yourself. whether you’re gay yourself or not. I’ve never felt more alive, more beautiful than when dancing at a gay bar. Everyone is loving, accepting, encouraging, honest.

I’ve never been called a slut, a bitch for not accepting the dirty grind of a stranger’s crotch when I’m trying to dance, or felt demeaned because of my sex at a gay dance club, all of which I have experienced numerous times at straight bars.

Reform is already quickly in discussion with Senators.

Despite this, if you’re a gun owner angered by the thought of having to give up your guns. Why? Not because it’s your right to, I’m sincerely asking why?

If starting a new hobby or giving up a certain kind of gun in your hobby would save lives and would potentially change the United States of America for the better, what is stopping you?

Omar Mateen applied for and received his gun in one day. That is unacceptable.

Be kind to others, even those who might seem undeserving. Be kind to the angry, the short-tempered, those hardest to love; they need it most.

Listen Patiently to People you Don’t Agree With.

Try to see their point of view. Don’t get too personal with your opinion, because that won’t allow it to change.

We are not our opinions; we are our actions.

A Facebook status does so little. What else could you do in the smallest simple step, today?