Why Aren’t we Celebrating the Heroes of the Stanford Rape Case? 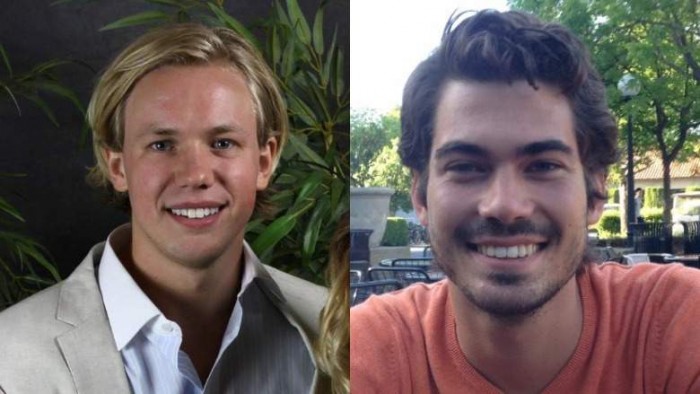 I’m sick of hearing about this rapist.

I’m tired of gorillas and and bathroom debates (not to downplay that there’s a problem, it just seems like it shouldn’t even be a debate).

I’m confused about why we aren’t giving all of our attention to the guys pictured above instead. Do you know who they are? They’re Carl Arndt and Peter Jonsson—the two students who stopped a man from continuing to rape a woman.

Why are their faces not everywhere? How come we’re not throwing them a parade and carrying them through the streets to celebrate them? Why aren’t they on the cover of every paper and news magazine?

It’s because in our culture, we like to focus on the negative. We feel it’s more important to publicly shame the rapist, his dad, and the too lenient judge, and yes, they should all be punished. I’m not saying they should get away with their heinous actions. No way. However, it still says a lot about us that collectively, as a culture, we have more fun throwing ourselves into the outrage arena than we do in praising those who do good.

We would rather take up our metaphorical pitchforks and join an angry online mob of condemnation than redirect at least some of that energy on celebrating genuine heroes.

Arndt and Jonsson were, by all accounts, mild mannered Swedish grad students who did an extraordinary thing. They rode their bikes past a suspicious scene, had the sense to stop and see what was going on when it didn’t look right, and then, even though it was so scary that one of them was literally in tears when the police arrived, they stopped a rape in progress. They chased down the attacker, an imposing athlete, and physically held him down until the police came to arrest him.

This is the real “20 minutes of action” that we all need to direct our energy toward.

In the past week I’ve seen hundreds of posts on social media filled with well-deserved venom and vitriol toward the predator who hurt an innocent girl, his coddling father, and the misguided judge who sentenced him. When being barraged with that level of negative energy, it’s difficult, if not impossible for any reasonably compassionate person not to get sucked in. And though the anger is justified, and although anger is often needed to be the catalyst of important social changes, that same level of anger is also a big part of the problem that is making our society ill.

Again, hundreds of posts about the villains, yet maybe…two or three (at best?) about the heroes? Each time I read an account of the case, what stood out to me more than anything else was that two young men were brave and pure-hearted enough to save an innocent victim in the middle of a horrific, violent attack.

I couldn’t stop asking myself why they weren’t being lauded more. Why weren’t my friends posting about Arndt and Jonsson?

To be fair, some of this is due to the humility and grace these two men share. They have kindly demurred the spotlight. They didn’t save the victim because they sought fame or recognition. They did it because it was the right thing to do—the only choice for a decent human being to make. But at the same time, we give fame and accolades and attention, both negative and positive, to lots of people who don’t ask for it.

And if there was ever a case to be made for doing that, how about making some real heroes go viral for once?

Look, I thought the Chewbacca Mom was adorable, and I fully support our need for silliness and laughter in our lives, but seriously, all this lady (who looks like a sweetheart) did to achieve instant stardom was film herself laughing about a Star Wars mask. Suddenly, Chewbacca Mom was everywhere! She had everyone talking for a solid week, which is a decade in Internet time. She has reportedly made half a million dollars and scored full college scholarships for both of her children.

I looked and I haven’t been able to find anything about giving Carl Arndt and Peter Jonsson a scholarship, and I don’t even want to imagine how much grad school at Stanford must cost. And they saved someone’s life! Can we at least invite them for a tour of the Facebook campus? Why isn’t Kohl’s giving these guys— who could probably really use it—a shopping spree? Where is their Disney vacation (or figurative equivalent)?

Lady laughs really hard on video and finds stratospheric success; two PhD students save a girl from a rape and catch the attacker…crickets.

Something is really wrong with our society, and the fact that we aren’t celebrating Arndt and Jonsson significantly more is a true sin of omission, and I believe a further symptom of the prevalent rape culture that we need to fix.

One way to fix it? Turn the guys who stop it, who stand up to this kind of behavior, into the biggest heroes in the entire world so that every little boy wants to grow up to be just like them. The men who make the right choices in the toughest situations are the ones we need to celebrate with all our might. We need to show our young men that this is what they need to aspire to instead of seeking the illusion of power and masculinity from violence, objectifying and victimizing women, and greed.

How about also giving some props to their parents too? I, for one, would love to know what they did to raise such awesome sons. Whatever it is, the rest of us parents need to emulate.

Their parents are heroes too.

Sure, it’s important that as a culture in trouble we rise up against the perpetrators of violence and cruelty. Our anger isn’t unjustified. But it’s even more important that at the same time, we focus more of our energy on the positive side of the story too—the helpers, the good people, the true heroes.

Thank you, with all of our hearts, Carl-Fredrik Arndt and Peter Jonsson. You did the right thing and you gave us all hope.

You are the real role models that we need right now.

My Message to Women after the Brock Turner Rape Conviction.

This is what would have Happened if Convicted Stanford Rapist Brock Turner were Black.