2 Weeks After the Tragedy in Nice: Believing in a Better Way. 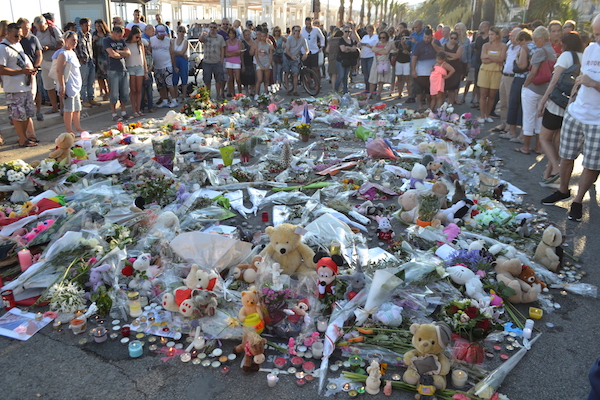 A couple of weeks ago, the unthinkable happened: nearly 90 people were killed and hundreds were injured as thousands celebrated France’s National day in Nice.

I spent that week expressing myself in words and checking with every human being I came into contact with if they are okay, if they have lost anyone.

I spent that week realising that, although I was at the firework display and didn’t rush off after it, I was not at the attack. If I missed it by ten seconds or ten minutes, then I might as well have missed it by ten years, because I wasn’t there when it happened.

I am a H and H writer—I tend to write from the hip and heart. I tend to edit only for grammar or flow and not really pay to heed to the fact my words might offend some. I know I cannot please all the people all the time. I know that if I offend some people, I might actually be doing something correct. However, I am not writing to offend or to correct or to teach. I am writing to make sense, to heal, and to share insight and hopefully show love.

A week later, at the time of writing, the pall that hung over the city has reduced somewhat. I have been back to the place where I stood with my girlfriend that night. This time I managed to take my son who in my opinion, like most of us in this town, is carrying some trauma with him. It was good for us to be there, to see the sea, to see the normalness of the promenade now reopen to traffic.

The flowers were gone and there were some marks on the pavement in homage to some victims.

I have been asked strange questions. I have been challenged from quarters I didn’t imagine.

I can see the reasons, and understand the points the people make even though I wouldn’t necessarily agree with it all. I am aware that I am completely fine. I am also aware I am not okay. I am destabilized in some way. I have some anger and some grief. My anger is at the system that permits this way of life. A system that we are a part of, with politicians that we voted for and armies that our families belong to. A system that permits, isolation, stress, abuse and passes them off as social ills to be tolerated but not to be fixed.

My grief is amplified when I perceive the good people I know calling out in political terms solutions that are to me unacceptable and irrelevant. It would seem that fear and frustration and ignorance in it’s best sense of that word, has clouded our hearts and minds and allowed us to make sense of events in ways that do not make sense. It seems ludicrous that we would want to live in a world were the easiest way to maintain our quality of life is to wage war on other nations. I cannot fathom that. I don’t believe anyone would disagree that wars are about resources.

Gaining cheap access to oil, lithium, or whatever other precious commodity mother earth has to surrender to us so we can have the internet, and get around, is the basis for every war in the 21st century. We may be told such and such a dictator is this or that, but the worlds dictators have been courted and feted by the West until it didn’t suit any longer and those leaders who had resources in their countries have been felled one by one, even if they were tyrants to their own populations, this was used as excuse to wage war rather than a cause. I have the distinct sense that the capitalist system has been profoundly broken at it’s roots for over a decade.

Policies of austerity on one hand and war on the other, have given rise to refugees, and racism/fascism in equal measure. There are calls world wide for the internment of populations. There is the rise of leaders like Trump in the USA or Clinton who mark my words is no Angel. There is a fight back with people like Saunders or Corbyn but it’s not winning at the moment. I have the sense I am watching the empire in it’s death throes and it would be funny if it were not so tragic.

I have no idea if the events in Nice are related to international issues, of if it’s just one crazy f*cked up, broken-brained and empty-hearted motherf*cker who has decided to empty his angst on the society the way the shooter at Columbine did, or the Shooter in Norway did, or as I am learning as I write, the shooters in Munich. It would seem that we are increasingly isolating ourselves, instead of creating a society that would people not want to commit these atrocities.

It would seem that we are in a world of selfishness where really the only thing that matters is our view of the world, and not that of the other.

I have learned that many of us are quick to take offence, and that it’s not easy to just stop and consider the other points of view.

I have learned we are on the cusp in our society: we are teetering on the brink of what could be the greatest tragedy and disaster or the greatest achievement of humanity. I fear it to be the former. I have learned that sometimes I am so in shock by words I read from others, that I have no solution. I have relearned to be grateful. I have relearned that it’s good for me to write these little essays. I have learned it’s good for others too. I have also learned that unless those of us, who want a better world, actually stand up and do something to achieve it, then we will lose what we have and be plunged very quickly into a long and horrible darkness.

To paraphrase a song I heard today: I might only have one match, but it’s enough to set the world alight. Not in a violent way, but in a way that renounces unreasonable fear, anger misplaced or justified, and hate which is the love child of the two former. If we must have a love child, let it be one that challenges ourselves and our received ideas and habits to the very core of our being.

I am not a dreamer—I am a believer.

Image: Via the author 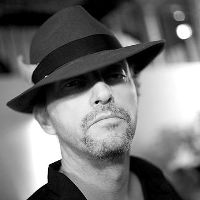