A Lesson from India on Right Time & How we can Apply it Every Day. 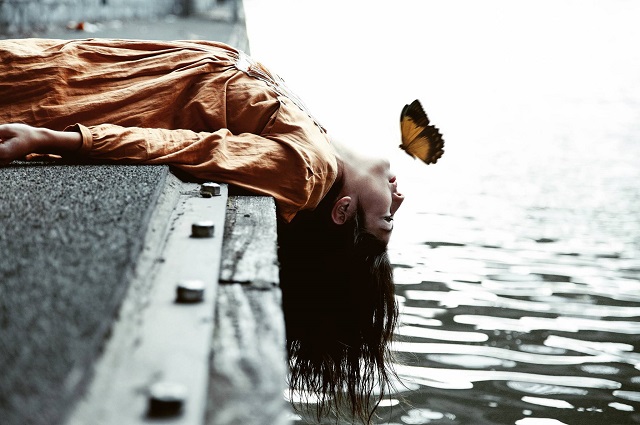 A few years ago, I spent some time in Uttarkashi, in the high Himalayas, practicing yoga.

I would get up early to do my meditation, pranayama and asanas. After breakfast, I would study or simply sit next to the Ganges River, or sometimes walk into town or visit a nearby ashram. I would often forget what day it was—sometimes I would be hard pressed to know what month it was.

Days seemed more or less the same. The main difference the weather—some mornings were misty and others dawned clear and bright.

When it came time for me to leave, I was scheduled to catch an early train from Haridwar on a Tuesday morning. Because the bus trip from Uttarkashi to the Haridwar, the closest train station, is long and tiring, I planned to leave on Monday afternoon and spend the night at the Sivananda Ashram in Rishikesh. From there, it would be a 20 minute taxi ride to the train station. However, I was advised that this was not a good plan because Monday is Siva’s day and Uttarkashi is sacred to Siva.

As I’ve spent much of my life in India, I know that many places and things tend to be interpreted spiritually. Every river is seen as a goddess. Every mountain is sacred. Almost everything is dedicated to and presided over by one deity or another. But, as anyone who’s been to India has probably noticed, things are often not on time. So, it came as a great revelation to me to discover how concerned with time many Indian people are.

In India the calculation of time is intimately connected with Jyotish (Vedic astrology). Every period of time has its own spiritual significance. Every hour, day, month, phase of the moon, season and year is seen to relate to a particular aspect of the cosmic energy. Festivals are frequent and often have, in addition to their religious significance, strong social and health-related elements.

Some times are considered more auspicious for doing particular things than other times. I realized that this is true even on a practical level. Just as bananas and coconuts won’t grow in a cold climate, crops of any kind won’t survive if planted when there is snow on the ground. In every place in the world there is “a time to reap and a time to sow.” This principle can be applied to spiritual as well as secular life.

To a visitor to India, it may simply be Wednesday, when all shops should logically be open. But it may also be Pratipada (the first day of the lunar fortnight) when everything is traditionally closed.

Knowing the day of the lunar month, as well of the day of the week, can often be helpful. Every period of time has its own specific vibration, and there are times when the veils between worlds really do seem more transparent.

I’ve also learnt to make the most of my time by tuning to its distinctive time-bound energy.

As 21st century people, dealing with the busyness of modern life, one way that we can put these concepts to practical use is by tuning to the different times of the day.

Mornings (6:00 a.m. to 10:00 a.m.) have an innovative energy, making this the best time to meditate, practice yoga and do reflective, creative work. There is a certain sense of calm in the early morning and often this is the time when those great ideas just pop into our minds.

Those of us who consume caffeine (I enjoy one cup daily) had best do it during this period when our vigour is low and welcomes the boost. Similarly, it’s good to eat lightly in the mornings, as our digestive fire hasn’t heated up yet.

Mid-day (10:00 a.m. to 6:00 p.m.) is the major extraverted period of each day. It is the time to develop our thoughts of the morning and find ways to put ideas into practice. It is also the time when we should nurture ourselves, as the digestion fire is at its strongest.

Evening (6:00 p.m. to 6:00 a.m.) is the time to rest, rejuvenate and indulge in a bit of relaxed recreation. If we eat lightly and try to not consume stimulants such as coffee or tea, we can optimise our rest periods and wake up feeling more inspired.

In addition to tuning to the cycle of the days, we can tune to monthly cycles.

Many yogis I know don’t practice on the full moon (poornima) and new moon (amavasya) days. Traditionally, in India people didn’t work, practice or study on these days, as well as the eighth day (ashtami), of each lunar fortnight. The rationale behind this is that the moon, which controls the tides, also controls the water in our bodies. These are the days when we feel the strongest pull of the moon, the most powerful days of the month when people are most inclined to act as lunatics.

For this reason, many yogis also fast on ekadasi, the eleventh day of each lunar fortnight. The fast purifies the mind and body so that we can deal with the heightened energies of the powerful phases of the moon.

There are now apps to keep us updated on the phases of the moon. I’ve found that tuning to the cycles of nature, both of the cycle of the day and of the month, enables me to better tap into my creative energies.

It helps me to feel that I am right where I need to be—in the right place, at the right time. 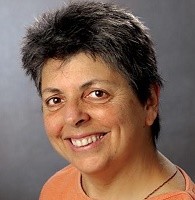 Swami Saradananda is an internationally renowned yoga and meditation teacher who has inspired thousands of people to practise. Her new book, Sitting Comfortably: Preparing the… Read full bio