All you need is Love: Interracial Relationships in a Gentrified World. 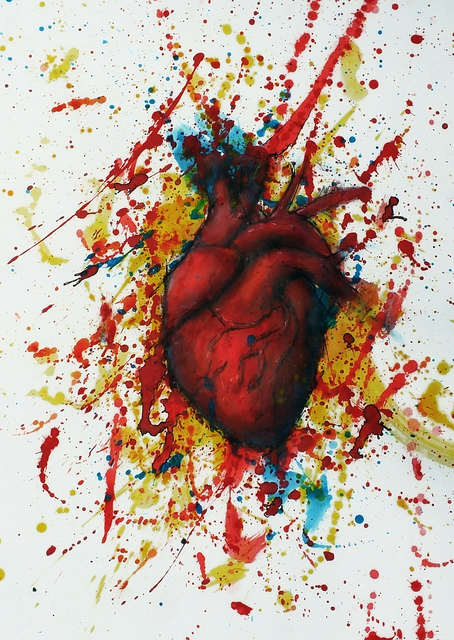 Romantic relationships already pose many challenges, but when racial viewpoints collide, an extra hurdle is added.

I’m no rookie at courtship with fair-skinned admirers and usually feel comfortable discussing the hard-hitting topics I face as a black woman.

My lover, Jake, was no stranger to dating women of colour from various African, Asian and Hispanic backgrounds. We agreed that everyone regardless of race or ethnicity desire to be respected and loved. This mutual understanding created opportunities for us to associate with people based on their character rather than skin colour.

Our attraction went far beyond the clichéd notion of trying a different flavour out of curiosity. Jake and I shared professional commonalities, social aspirations and a desire to be of benefit to the world. His blunt honesty and inquisitive nature played nicely with my gracious sensibilities and balanced outlook. What made us different made us great, but could it bridge the gap when racial perspectives were at odds? The reality of our connection was tested shortly after I moved down the street from Jake in Columbia Heights.

The area was a historically low-income black and Hispanic neighbourhood in the centre of Washington, D.C. Jake settled there a few years before we met, but I fell in love with the place as a preteen in the mid-90s when my father dated a woman who called it home.  Unlike the media stereotype, I grew up in an upper-middle-class predominantly white suburb.

Columbia Heights was a stark contrast to my everyday childhood experience, yet possessed a different type of beauty. White picket fences were replaced by glamorous Latinas strolling around in colourful dresses and elderly black ladies heading to church in their Sunday best. The tight-knit community beamed with the bittersweet pride of making it through an enduring struggle and celebrating cultural survival.

During 2008, the landscape of Columbia Heights rapidly changed when local officials backed urban revitalisation efforts. The first Target department store in the city placed its victory flag at the heart of the zip code. After that, high-priced organic markets and hipster bars shoved out the black-owned barbershops and Spanish taquerias for prime retail space. Lack of compassion for the established community was conveniently overlooked, as it was infiltrated without consideration or consent under the guise of an “up and coming” neighbourhood.

Jake and I agreed to disagree on many topics, but the painful cycle of gentrification made it hard for either of us to find common ground. The issue peaked one night as we ate dinner at a trendy bistro, noticing a hodgepodge of old and new businesses lining the street like a black and white checkerboard defining battle lines. Jake spotted an ageing butcher shop and scoffed at it, noting the owner should invest in an updated look, menu, and price point to attract an affluent clientele. Instead I saw a storefront grounded in history and adorned with a metal awning from the 1960’s that echoed back to the Civil Rights movement onto the present day.

In an effort to highlight another consciousness, I pointed out the lack of incentive for the original owners to change the status quo since they proudly served the neighbourhood for over 50 years. Jake shrugged off my observation and protested that I didn’t understand the needs of the community since change only increased the desirability of the area.

In a moment of frustration, I asked, “which community are you referring to and does one deserve greater consideration over the other?”  Jake inferred that I was unable to see the economic benefit because I was blinded by colour. To add insult to injury, he said, “It has nothing to do with race and everything to do with economics.” Jake made a case for the development of safer, cleaner neighbourhoods. Shops reflecting the new inhabitant’s tastes would help secure financial stability and social order. The only colour divide he saw was green.

There was no acknowledgment of my position regarding how economics are impacted by race. Throughout modern history, banks legally denied home and business loans to blacks not because of merit but as a method of control and financial dependency. Blacks were unable to secure housing in white suburbs with higher property taxes to fund better educational programs that enabled upward mobility. We were corralled to the inner city with rough living conditions and little opportunity.

Now, more politically savvy developers and corporations have a renewed interest in urban epicentres. Revitalisation initiatives are cropping up all over major metropolitan areas in order to save the communities from collapse. In actuality, it doesn’t fix the problem; it just forces minorities into poorer suburban and rural areas.

As the disagreement ensued, we floated further away from each other’s rationale. The unchecked manifestation of Jake’s white privilege burst through while the historical subjugation of my people boiled over. He felt threatened when his place in the community was challenged; I felt my insights were disrespected, dismissed and devalued. How could a man who claimed to care for me be so unwilling to accept I might have a better understanding of institutional racism and how it plays out in our shared neighbourhood? On the flipside, how could I lose my diplomatic cool with him when trying to communicate my point of view?

The answer is simple: we ceased to create space for each other’s vulnerabilities and our hearts shut out any chance for a productive dialogue. Our relationship never fully recovered after that. In hindsight we should have stepped away from the heated conversation and returned to it under calmer conditions. The two of us became so wrapped up in our own worldview that we negated the others’.

It’s humbling to remember there are at least two sides to every story and there’s no way we can heal issues within romantic relationships, let alone racial tensions, without a commitment to hearing the other side out first. 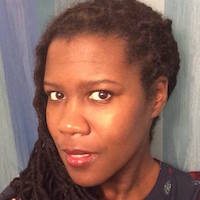