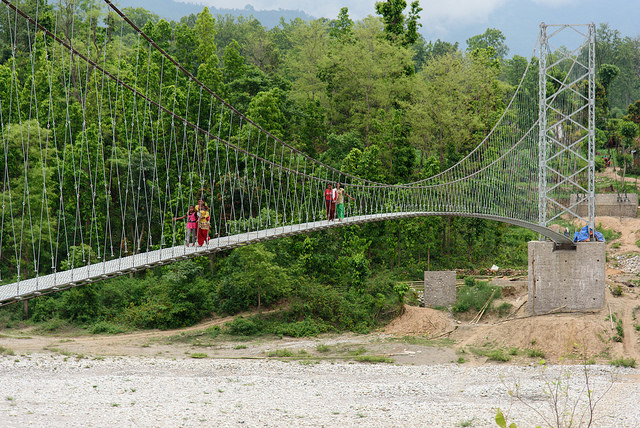 Peter Senge is a systems theorist and the bestselling author of six books, who consistently appears on the lists of top management thinkers. In 1997, Harvard Business Review named his book, The Fifth Discipline, one of the seminal management books of the last 75 years. In 1999, Journal of Business Strategy named him a “Strategist of the Century,” one of 24 people who have “had the greatest impact on the way we conduct business today.” But Senge is at heart a systems theorist, who has been meditating regularly for the past 20 years. And it is out of his work in systems theory, with all its environmental implications, that his management writing arose.

There is a common theme that continues to arise throughout interviews for The Inner Climate, perhaps best expressed by Mike Hulme: “We should be asking not what we can do for climate change, but what climate change can do for us.” Climate change is an opportunity to re-evaluate everything we are doing on the planet personally, organizationally, politically, economically and internationally. Can you talk about the potential for regeneration climate change presents?

Peter Senge: Climate change is like a 40-year-old having a stroke or heart attack.

People who have had that sort of event occur to them or people who have had cancers that they encountered in the middle years of their life, will in retrospect talk about the gift of their stroke or the gift of their cancer, because it caused them to wake up. It caused them to start thinking much more deeply about what the hell they really care about. Climate change to me is like that.

Climate change is potentially a wake-up if we use it that way, because it is really telling us that our natural environment is changing. We have all these signs that things need to change, but climate change is one that cuts across and influences all of them. It is kind of the pervasive heart attack event for human kind if we pay attention to it.

Theo Horesh: I am struck by the numerous levels of health you address. There is the health of the individual, the organization, the political and economic systems. But you are not just looking at these larger systems; you seem alert to the role of individuals within teams, the role of teams within organizations, the role of organizations in the economy, and it just goes on and on, these nested hierarchies of relationships. Can you say a bit about the alignment of all of these healthy processes?

… From the standpoint of the strategy of leading change, there is a subtlety that people often miss, because they are often so focused on what needs to change. They simply forget the question, what do I not want to change? What is it that we are already doing that is in line with what we want to create? We are very healthy in a lot of ways, but we do not notice the things that make us healthy…

It is very hard to break a bad habit. I think I need to buy this thing, but maybe I do not need to buy it, maybe it is just crazy consumerism, and I have been programmed by the consumerism. That is what it is like to break a habit, it is very difficult. So the way you break a bad habit is you start doing something new that becomes more habitual, and eventually more powerful, than the bad habit, right? Stopping smoking is really difficult, and people try to stop but keep taking it back up. But if you look at processes that work, it is because they get into walking or they become part of a group that supports each other, and the meaningfulness of the relationships in that group actually becomes an important part of their life. They are starting to grow something new, rather than just getting rid of something they do not like…

Theo: Say more about the personal qualities that are necessary not only for collaboration, but also for sustaining the change-work.

Peter: It is great to put together a team of a bunch of people who all think the same. The problem is that will never represent the larger system which you are trying to move. You are going to have to go collaborate among people, who are quite different if only thinking different agendas, different histories, different cultural perspectives, and different organizational perspectives. So that is one domain, the capacity to build collaborations across all sorts of boundaries.

The second is the ability to see the larger system. If you cannot answer the question how this process will become self reinforcing, then you are not seeing the larger system, and…you can end up with a lot of episodic change efforts, not something that really grows to a scale that will really make a difference.

The third core capability is the ability to help you and others shift from just seeing problems to seeing real opportunities to create. The energy for any change process really shifts when people go from just reacting to problems to seeing a real opportunity to innovate… Typically, we are pointing fingers at some of the bad folks who create the problem. It is full of reactivity and demonizing and it just does not produce sustainable change…

This article is an excerpt from The Inner Climate: Global Warming from the Inside Out. If you liked it, please follow me on Facebook.