#Dallas: We Have a Problem, Now What is the Answer? 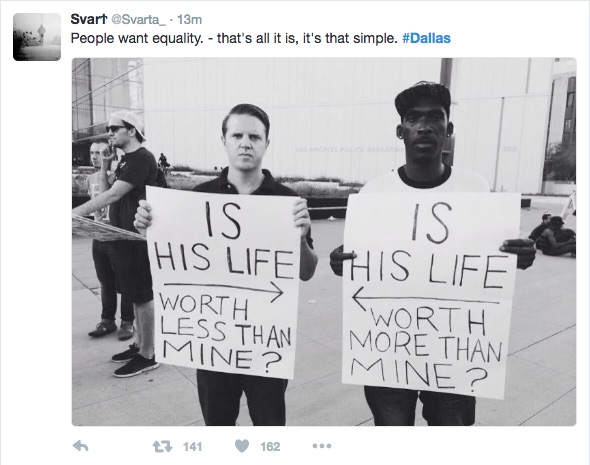 I woke up this morning to learn about the deaths of five Dallas police officers at a Black Lives Matter protest last night. News reports are coming in that four snipers had taken elevated positions at the end of the protest and fired at police.

The violence in America continues to rise with anger on all sides.

When I watch the news and hear the anger from black community leaders frustrated that black men are dying at the hands of the police, I feel empathy. I want to see the violence stop and for there to be peace. Killing police officers is not going to solve the problem. It will only exacerbate the tension.

What is the answer? Empathy. Listening. Talking. Understanding. From both sides.

When I was 20, I did a stupid thing. I went out to a secluded space in front of the Philadelphia Museum of Art to film some video of the famous parkway in the dead of winter. I wanted to record that view just like we’ve seen over the years from Rocky. After I finished filming, I went to my car and a black man came up to me, brandishing a gun in his pocket.

He pointed it at me and said, “Give me the camera.”

I froze. I didn’t know what to do. No one else was around, and adrenaline surged up within me.

I took a few steps back, and he came forward and grabbed the camera bag. Instinctively, I pulled away, holding on the bag’s shoulder strap, and we struggled. I don’t know what was going through my mind. After a few seconds, the strap broke, the man held the camera in his arm and he took off.

The entire exchange had not lasted long. I stood there and a rage came over me. I had been mugged. Adrenaline rushed into my body and I did something really stupid. I rushed to my car, pulled out a heavy shovel I kept in the trunk in case I got stuck in the snow, and then ran after the man who had taken my camera.

I saw him cross the street, head toward the left side of the museum and disappear into the darkness. I chased after him; the dumb plan I had was this: I would catch up to him, hit him with the shovel, grab my camera and head back to the car.

When in the middle of a crisis, sometimes we do stupid things.

I reached the street and I took in the cold air and my body was fueled with anger. Nothing would stop me. I would get back what was mine.

But then, a seed of doubt crept up on me. What if the black guy really had a gun? I hadn’t seen it, but what if he did? What if he shot me? Was getting hurt or killed worth it over a stupid camera?
Common sense prevailed, and I stopped. I turned around and headed to call the police.

Later that night, I sat in a police station and a detective came into a room with a briefcase. Inside he pulled out stacks of photos each marked with a height. All the photos were of black men. I was told that my camera had probably been sold already or traded for drugs, but the detective went through the motions and I tried to identify my attacker. I had to try and guess his height and what he looked like against piles of photos. We went through hundreds of photos, and I could not find the man who had mugged me.

Once I filed my report, I went on my way and made it home. My girlfriend at the time consoled me and I licked my wounded pride, happy to have not been physically hurt.

But then something strange happened.

I went to work the next night, selling men’s cologne. When my first black customer came up to purchase some fragrances, I froze. Though he didn’t look like the man who had mugged me, I had a physical reaction to seeing him. My heart beat fast, I started to sweat and somehow I made it through and sold him what he wanted.

Fear gripped me and shock set in. Logically I knew that not all black people wanted to mug me, but I still had to fight an irrational fear. And I did. I stayed at my job, helped other black male customers and counted myself lucky that I had not gotten shot the night before.

I share this story because not every police officer is out to kill black people. We are all Americans, but tensions are high, anger is great and who am I to even have a voice in this national debate?

It is important that as a middle-aged white male I say those words. There are no conditions, buts or ifs with that.

I have been mugged at gunpoint by a black man. I believe firmly that black lives matter.

That needs to be said by white people. It needs to be acknowledged, and I need to shut up and listen to the grievances that black people have against our police.

If all of us took time to truly listen and open our hearts, I believe a dialogue could happen that could heal this country. Change must come, and I want to see the violence against black men stop.

I believe that our police officers are now being put in grave danger. The killings in Dallas prove that we have a long way to go toward healing and a solution. But the first step is to acknowledge we, as a country, have a problem.

And then we need to air our grievances peacefully, listen to each other and work with local community to build the trust up between law officials and members of each neighborhood in America. I pray that we as a country can find empathy and to listen to each other to find common ground.

I pray for peace. 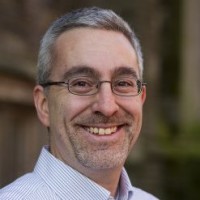