The Hidden Meaning of Silence—Insights from Japanese Buddhist Culture. 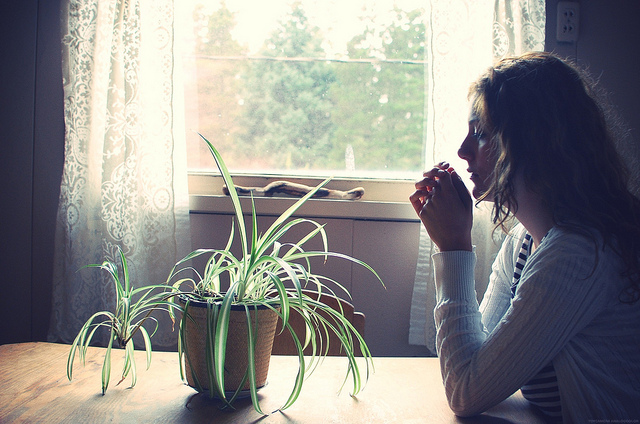 We tend to view silence (especially in the Western world) as mere absence of speech—but in reality, silence can be a powerful tool of communication.

Indeed, it can convey much information that language fails to do. It is a kind of nonverbal communication and it can express a wide range of emotions and feelings that go from happiness, joy, and embarrassment to anger, grief, denial, fear, and withdrawal of acceptance.

Additionally, silence is also a tool to enforce etiquette and social standards and a way to communicate agreement or disagreement.

The importance of silence is recognized by all cultures in the world; traces of its significant role in the communicative context can be found in sayings such as “speech is silver, but silence is golden” or the Chinese maxim, “silence is better than eloquence.” However, silence becomes a real philosophy when we move to the Far East, especially in Japanese culture.

The cultural importance of silence in Japan

Japanese people, in their everyday life, are surrounded by noise (announcements in the train stations and shopping centres and the frenetic rhythm of the metropolis).

Nevertheless, Japanese people highly value silence as a fundamental form of non-verbal communication. Indeed, silence conveys information, emotions and it is a sign of respect and personal distance.

In his 2007 paper “The Cultural Significance of Silence in Japanese Communication,” Takie Lebra identifies four dimensions of silence in Japan: truthfulness, social discretion, embarrassment and defiance. The first three dimensions are helpful to maintain positive relations while the last one has a negative connotation.

However, silence is always ambiguous and in many cases it appears difficult to understand its true meaning even though a help can come from other non-verbal kinds of communication such as facial expressions, sulking and prolonged eye contact.

Silence in Japan is traditionally associated with truthfulness. This belief derives from Zen Buddhism and it is deeply felt as a fundamental value in everyday life. According to Zen Buddhism, enlightenment can be reached only through silence and teachings can only be understood with silent meditation and contemplation.

Furthermore, Buddhism stresses the emptiness of natural phenomena: if this concept is applied to silence, it becomes clear that there is no difference between speech and absence of speech and this is particularly evident in Buddhist chants. One can also realize how this idea of silence is deeply felt in the Japanese culture by examining Japanese sayings. As sayings are the best expression of the culture of a population, it is useful to mention a couple of them which appear particularly significant in this context.

Silence is also linked to social discretion: instead of expressing his/her disagreement plainly, the speaker prefers to keep his/her ideas hidden in order to avoid conflict.

Furthermore, silence indicates the level of intimacy in a relationship. This is particularly felt in the husband-wife relationship where showing affection verbally can be highly embarrassing. There seems to be distance in a couple but in reality, to the eyes of the others, there is more intimacy and affection than is visible—the two can understand each other without words. The husband is supposed to show a certain degree of emotional distance from his wife. This idea has its roots in the concept of ittai according to which, the husband and wife are one entity.

The Buddhist philosophy is also useful in analyzing this aspect of the Japanese conception of silence. Indeed, this idea can be explained through the concepts of ebryo-sasshi (intuitive sensitivity) and that of ishin-denshin (communication through telepathy). These remarks can be also applied to all kinds of private relationships such as close friends, family and business associates.

Finally, silence can also convey defiance. In this case it can be difficult to understand its real meaning and the only help can come from gestures and facial expressions. A sign of defiance can be when the interlocutor keeps silent for a certain amount of time.

This ambiguity of Japanese silence stresses the role of sasshi (listener’s ability to guess what a person is inferring) that is considered to be an important paralinguistic skill by Japanese people.

Another reason why silence is popular in Japan is the fact that Japanese are a collectivist society. This means they have a strong group consciousness that allows people not to use many words in order to be understood by others. A good example of Japanese collective identity is the saying: Deru kui wa utareru (“A tall tree catches much wind”). This means that everyone in a crowd should be equal to the other members.

The importance of silence in Japan has survived through several centuries and nowadays, silence still represents one of the main parameters in social interactions. However, things are slowly changing in the Far East and the younger generation tends to be more individualistic than past generations. Additionally, it is important to remember that generalizations should be avoided when analyzing a culture because not all considerations can always be applied at an individual level. Their goal is to help communicators in their process of intercultural orientation.

For the Japanese, silence is more positive than it is for other populations. However, it is also the most ambiguous form of silence, because it has multiple meanings and can sometimes express positive or negative emotions.

Concerning the positive aspects, Japanese silence shares with other cultures some meaning—expressing politeness, respect, consent and the avoidance of confrontation. However, Japanese silence has also a peculiar function: that of persuading others to change their opinions and ideas. Western and Eastern silence also have in common many negative meanings such as expressing indifference or lack of enthusiasm.

Japanese prefer not to express their opinions in public, whereas for Western people expressing opinions on a certain topic, it is important to show attention and participation in communication.

Generally speaking, for the majority of cultures, silence assumes a negative connotation when the situation becomes less formal but this is even more evident among the Japanese. Silence in an informal situation frequently means disagreement or anger, although in some cases it can assume a positive connotation: it can convey comfort and relaxation for the British or be a tool to solidify or reinforce a pre-existing relationship for the Japanese.

Stillness is a sign of profundity, introspection and self-cultivation. For this reason interlocutors in Japan are often judged through their ability to keep silent which conveys a sense of credibility.

This way of thinking has its deep historical roots in Zen Buddhist philosophy. All schools of Buddhism stress the importance of meditation as a tool to attain enlightenment and teach that inner peace can only be achieved through stillness. Anyway, silence plays a much more significant role in the Zen school than in all others.

According to this school of thought, teachings can be learned through silence: the spiritual teacher does not need to speak because his/her silence is able to convey powerful messages that words would not be able to transmit.

Here is an extract from The Flower Sermon, a Zen Buddhist sutra. It tells an episode in which Buddha teaches a deep truth through silence.

Toward the end of his life, the Buddha took his disciples to a quiet pond for instruction. As they had done so many times before, the Buddha’s followers sat in a small circle around him, and waited for the teaching.

But this time the Buddha had no words. He reached into the muck and pulled up a lotus flower. And he held it silently before them, its roots dripping mud and water.

The disciples were greatly confused. Buddha quietly displayed the lotus to each of them. In turn, the disciples did their best to expound upon the meaning of the flower: what it symbolized, and how it fit into the body of Buddha’s teaching. When at last the Buddha came to his follower Mahakasyapa, the disciple suddenly understood. He smiled and began to laugh. Buddha handed the lotus to Mahakasyapa and began to speak.

Zen Buddhism stresses wordless insight more than most other traditions in Buddhism and this sutra is a good example for this and it shows the origins of the wordless teachings of Zen.

Through silence one can discover the truth within oneself and others and understand one’s own personality and role in the world, achieving a profound wisdom and consciousness about the world. 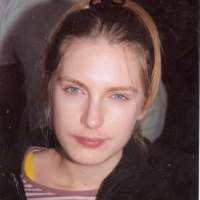