Why Women are (Usually) Always Right. 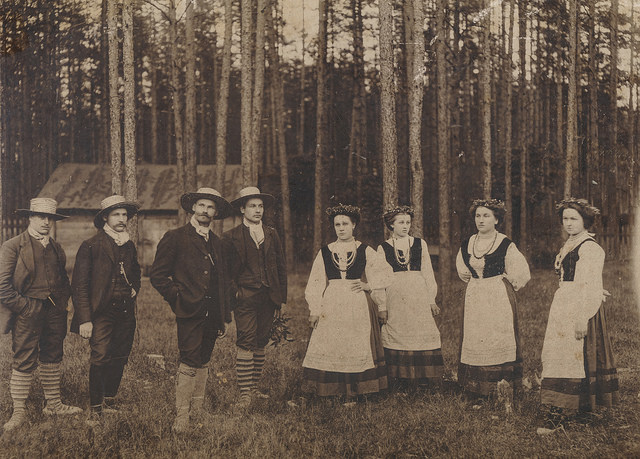 As a man, I used to think that everything had to be logically sound in order to be neatly classified as “right,” correct or justified.

That was until I had an epiphany shortly after a disagreement with my girlfriend last year.

We were driving together and she was expressing to me how someone was causing her frustration. It was regarding a woman who was imitating her but also acting rude toward her. After she expressed how she felt to me, I basically just told her to not let it bother her and move on. I completely dismissed her feelings because it “wasn’t logical” to feel that way.

“You shouldn’t feel that way, it’s silly to let that affect you,” was my train of thought.

And this was right according to the paradigm of my analytical left-brain. This rigidity of mine caused a disagreement between us. When I needed to respond with compassion, I chose hyper-rational debate. I neglected her feelings, dismissed her genuine experience in that moment, which is inherently realer than any abstract, logical construct of truth.

The Dance of Masculine and Feminine.

Understanding the balance of yin and yang, feminine and masculine energy, is crucial in finding both internal and external harmony.

Masculine (yang) energy is logical, rational and analytical. Feminine (yin) energy is emotional, intuitive and creative. These energies reside within every one of us in a blend of ever-shifting proportions. The relationship between yin and yang is a dance of polarity in each of us that also plays out in our interpersonal relationships.

While rigid gender roles are an insult to the dynamic uniqueness of our individual character, we do have certain archetypal predispositions. Women generally have a predisposition more toward the feminine polarity and men generally have a predisposition toward the masculine polarity. This can be seen in the body as well. Men’s bodies are typically straighter and more rigid (yang qualities), while women’s bodies are typically more curvy and supple (yin qualities). And, of course, reproductive organs are another blatant manifestation of this.

Again, all of this is more of a proclivity than a rule. Women should be able embrace masculine energy when necessary and men should be able to embrace feminine energy. A fully developed human being is in tune with both yin and yang within themselves and is able to dance between the polarities in relationships. Women being confined to the kitchen and men being emotionless bread-winners are a dysfunctional symptom of systematic patriarchy that we’ve thankfully just about left behind. We’re all capable of being far more dynamic than that.

The left-brain is the part of the brain that is often associated with the masculine and seen to possess yang qualities of analysis, logic and taking a mathematical or linear angle. The right-brain is the more feminine associated part of the brain and seen to possess yin qualities of creativity, intuition and taking a more holistic perspective. The right-brain is also said to be intimately connected with the intuitive wisdom of the heart (or gut, depending on how you view it.)

The left-brain, right-brain and heart (as well as our instincts and other forms of awareness) are designed to function as a holistic system, yet the structure of the society we live in is left-brain dominant. It’s a disharmonious foundation of imbalanced masculine, yang energy. And any imbalance comes with downstream problems.

Under this paradigm, we view truth as strictly provable facts. This of course has many uses and allows us to reach conclusions through systematic analysis and repeatable measurements. But ultimately, it’s all abstraction. Even the explanations of the most fundamental aspects of our Universe are just theories: the big bang theory, the theory of relativity.

Within the context of this article, “mind” can be equated to the state of left-brain confinement, while “heart” refers to the system of the heart and right-brain.

I realize now that my previous belief about something needing to be logically sound in order to be “right” or justified is really a laughable idea.

Almost nothing in our reality is logically sound. Life is totally random and unpredictable. We’re perceiving a sliver of only the third dimension through the filters of just five senses. Only four percent of the universe is visible to us. Most truths turn out to be mind-boggling paradoxes.

Almost every world-view humans have eventually gets overturned. We don’t know our own history. We kill one another based on an invisible man in the sky. We have an imaginary line in the ocean (the International Date Line) where you can travel into yesterday or tomorrow (and it’s not even straight). We don’t know why we dream and we can’t even explain where everyday things like ideas come from. So to completely depend on logical soundness is like flying a kite in a tornado.

Everything becomes slippery when mind-truth overshadows intuitive knowing and direct experience. The mind is littered with cognitive biases, conditioning and programming. It’s also the dominion of the ego, which deceptively twists everything to ensure the survival of its own personality constructs. Reality is also being proven to be more malleable than mechanical and decoded based on subconscious filters. Also, strange phenomena like the observer effect point toward reality being not quite as objective as we tend to believe it is.

So essentially, the filter of the mind can potentially block the intuitive wisdom of the heart. In other words, when the mind is our master (instead of being a tool which we wield), mental abstractions can override genuine feelings.

I’m not saying to throw the baby out with the bathwater and ignore science and critical thinking. That’s when we end up with the massive delusions of religious extremism. It’s all about balance. But when it comes to our experience, what we feel in our hearts is more real than any conglomeration of conceptual abstractions.

What we feel in the moment is as real as it gets in terms of the human experience. That’s truer than any “provable” concept. Awareness and self-mastery are also crucial here, as we can gain the perspective necessary to choose to not be possessed by our emotions.

A Message for the Men.

If you’re a man, it’s vitally important to recognize feelings and emotions (anyone else’s or your own), even if they seem to be clashing against what your mind thinks should be happening (the word “should” is an egoic construct of judgment anyway).

Why is it important to acknowledge feelings and emotions? Because they’re happening! They’re being directly experienced in the moment. So that’s what is real. Recognize emotional states, show compassion and the light of consciousness will naturally transmute problems into solutions.