“Would you like a plastic bag to hold your already-bagged apricots?” 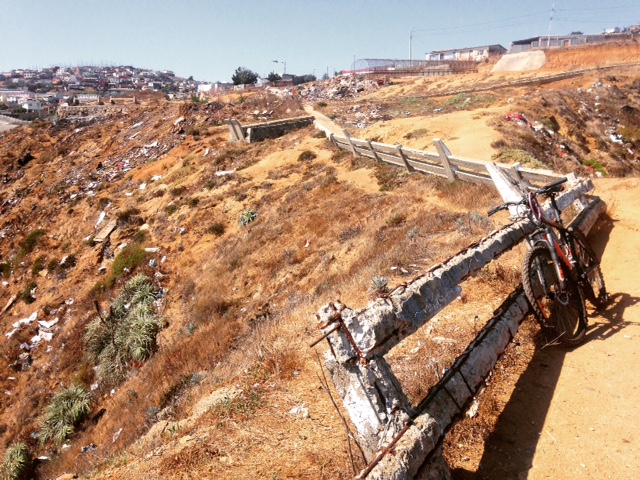 No one else where I live (Viña del Mar, Chile) seems to be phased by this question, except the older woman whose house I landed in a few months ago.

She’s brought an awareness of the earth, instilled by a rural upbringing, into her sun-kissed coastal city home.

I didn’t grow up living off the land, but I grew up in a society waking up (selectively) to climate change. So complying with her eco-consciousness (composting, recycling, reusing) feels normal and natural. But upon trying to live this lifestyle in the real world, I’ve been met with blank stares when I ask for “no bag, please.”

Compared to the near-zero concern of the people I see on the street and others I’ve lived with, I’d say I’ve become obsessed with avoiding unnecessary plastic bags. Not to mention knotting and stickering the poor bags so that it’s impossible to reuse them, or double bagging. Keeping an eye out for this is a never-ending battle kind of like Whack-A-Mole, but less violent.

This is not an easy mission.

At the farmers’ market (imagine a crowded flea market of people yelling off their hot deals like auctioneers, spinning nonstop rounds with the stalls around them), I have to yell for them to throw the lemons into the bag I brought with me. I’m not a loud or insistent person—but I am a loud and insistent denier of plastic bags.

Why do I care so much?

First of all, Chile is a sliver of a country with 6,435 kilometers of magnificent coastline, 1.5 times longer than the width of the U.S.A. Any litter and non-decomposing trash has impressive access to the Chilean coast and other natural habitats. Trust me, it’s appalling to witness the bold, roaring ocean as a helpless force against wind and discarded plastic.

Chile has world’s driest desert to the north and the pristine Patagonia to the south, while flanked on either side by the Andes and the Pacific sea. I have learned so much from the amazing places I’ve encountered in the deepest corners of this country. I’ve counted on it as my sole companion on trekking adventures, and its beauty has left me speechless and poetic in the same moments. It’s hard to find a place where you can summit a snowy high-elevation mountain in the morning and then dip your toes in the ocean in the evening.

Second, Chile’s recycling infrastructure is almost invisible in this region of the country. Daily, I see people buying and tossing plastic bottles and other recyclable items into a trash bin that will head straight to the dump. Often, there are so few trashcans on the streets that they are overflowing onto the ground.

Chileans consume 3.4 billion plastic bags annually, which is about 200 bags per person. Each bag takes 400-1,000 years to break down, although toxins in the bags prevent it from completely degrading, leading to contamination of our waterways and food web. In other words, once created, this plastic is here forever. Other startling facts from the organization Conserving Now tell us that 90 percent of ocean debris are plastic; and “in some locations, there is 46 times more plastic than available food for marine animals.”

I can’t spend all day at the supermarket turning people away who don’t have reusable bags. But each bag that I say no to is a bag that won’t strangle a sea turtle or become part of an endless ocean vortex.

During my personal war on plastic bags, I realized it was a privilege to grow up where people were taking some communal responsibility for environmental issues. When I first arrived in Chile, I was eating meat and forgetting that there was no paper option at the supermarket (before I knew paper was just as bad). I was taking in everything as a cultural experience. Then I realized that these weren’t necessarily their values, but just cultural habits, like tipping volunteer baggers at the supermarket.

At the same time, I noticed I was imposing my foreign idea of what meaningful “climate action” looks like. The entire nation had recently stood up against building an environmentally devastating hydroelectric dam in the Patagonia. In other parts of the country, some communities have already prohibited the distribution of plastic bags.

I decided my experience as a residing foreigner wasn’t solely about adapting, but rather integrating as contributing human being. I returned to vegetarianism and I became more emotionally involved in denying bags, especially after an eye-opening visit to a densely littered ocean cliff.

Chile is magic, yet fragile. Its beauty hinges not only on its immediate surroundings but upon the choices of the global population to engage in the environmental consequences of their actions. Rather than waiting for slow or non-existent changes from the top, individually I can help turn something rare into the norm.

So, if you’re inclined to change the norm, repeat after me: “Sin bolsa, por favor.” No bag, please. 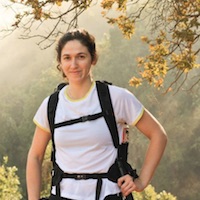