A Message to Parents of Sensitive Boys, from a Sensitive Man. 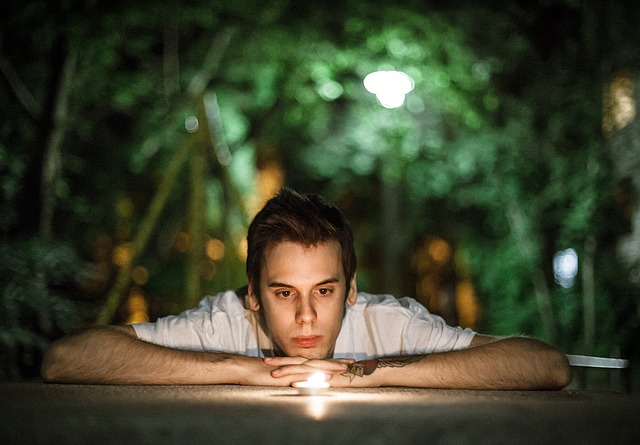 As far back as I can remember, I have been sensitive.

I remember being a sensitive boy. I remember crying when the protagonist of my favourite cartoon program was in trouble. I remember being petrified that the Gummy Bears wouldn’t be able to outwit, outsmart, or out-jump the bad guys. I would clench my fists, bite my nails and grind my teeth, all the while rooting for the good guys to beat the baddies. I remember, to my dismay, my parents saying that I would not be allowed to watch these programs if I continued to be affected by them in the way that I was.

I see my three-year-old daughter reacting the same way and I feel for her—but I also know that as a girl, it is more expected, acceptable and “okay” for her to behave in this way. I only realised, as an adult, that the emotion I felt then was empathy. Empathy is a wonderful emotion to have. I have found it especially useful in my profession as a psychologist.

However, as a child I was discouraged to show the empathy that I felt.

I was told to toughen up, told to be stronger, be rougher, be a man. I was even bullied into being stronger by some of my older male cousins who felt that I needed some toughening up. I understand that all of this was done out of love and potentially out of fear for me, whom they knew had to exist in a sometimes cruel world. It did toughen me up, absolutely! But it also made me hide my emotions. It made me pretend that I was something that I wasn’t. It made me feel that I couldn’t be me or show the world how I really felt.

Being a 41-year-old dad now, I can honestly say that I am not afraid of the world anymore, or even of showing the world how I feel. In fact, it all changed when I turned 30. Oh how wonderful it is to grow up!

Around the age of 30, I started to value myself more, I started being okay with feeling what I felt, I started expressing exactly what I felt and sometimes I would make those around me uncomfortable with my unapologetic honesty. But I am okay with that, as I am okay with me. I’m okay with being vulnerable and sensitive. Being a sensitive man is not a curse, it is indeed a blessing, and something that I have come to not only accept about myself, but also to celebrate!

My dear mother-in-law gave me a key ring not so long ago that reinforced this. It reads: “Nothing is as strong as gentleness, and nothing is as gentle as real strength.”

I cannot agree more with this!

Accepting myself has been quite liberating! It has made me realise that if I’m okay with me, most people around me will respond in the same way. People respond to us in the way we put ourselves out there. This has been quite empowering for me and I wish I had learnt this sooner.

I would therefore like to address those parents who have sensitive boys.

As I said before, I have a daughter. She is kind, she is caring, empathetic and brave…and it is totally okay for her to be sensitive. It is welcomed, understood, expected and it is celebrated!

But it is not so easy for boys. I see boys on the playground at school, at the park, at these wonderful “kid friendly” restaurants that we find everywhere these days. I can see that some of these boys are quite sensitive. I totally identify with them, and boy, do I feel for them! I can also see how they’re being judged and slowly but surely, they’re being toughened up. I can see how the parents of the “tougher” boys take pride in how tough their boys are, how strong and brave their boys are. I can see how some of the more shy, sensitive boys who cry easily are being judged, and being made to feel that the way they naturally are in this world is not really okay. I can see how their parents feel judged when they get those stares indicating that their son is a bit of a crybaby. And I can see how they’re trying to modify the behaviour of their sons, trying to make them tougher.

It should be okay for boys to cry. I sometimes feel like saying, “Let your child be, let him be true to himself,” but I know that it is not my place.

Being in touch with our emotions is not a weakness; we should allow our children to be authentic, to just let them be, and let them express how they feel, boy or girl. Surely, authentic emotions are much more important than putting on some expected facade.

I think back to my childhood, and I wonder how my parents felt, and how they would have reacted. And I know that they would probably have reinforced that not showing how you feel is being brave. But being brave, in my opinion, is being in touch with how you feel and not being afraid to show it! Surely the old adage “Big boys don’t cry” should not still apply?

Being in touch with my emotions is exactly wherein I have found my strength. I would therefore like to encourage other sensitive men in this world to embrace their sensitivity, to celebrate it, to be authentic in relation to it and to not be afraid to show it! I would like to encourage parents with sensitive boys to also encourage their sons to be who they are, to express their emotions, and to value that as a form of strength. Irrespective of how uncomfortable it feels initially, it does improve.

When I look at how us adult men relate to each other, I sometimes feel that we have it so wrong, especially when I compare it with how women relate to each other. Women talk about their feelings often, and I am not suggesting that as men, we do exactly the same. I’m just wondering if there are not many other different ways of relating to each other, instead of the puffed out chest, the “d*ck slinging” contests.

I have many male friends, some of whom I know for sure are also sensitive men, and I know that many of them feel that it is okay for them to just be themselves, irrespective of whether they will be judged. Men, allow yourselves to express how you feel! Just try it guys, it can be quite liberating!

I think that if we can all just be okay with who we are, and talk about our stuff more instead of holding it in and hiding it, we might just live longer. Let’s face it guys, women outlive us by far! So I’m suggesting to all men: Let’s get in touch with our emotions, let’s express them, hell, let’s even celebrate them! 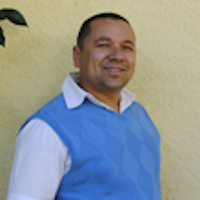