Backpacker Generation: Why “Leaving it all Behind” doesn’t Work. 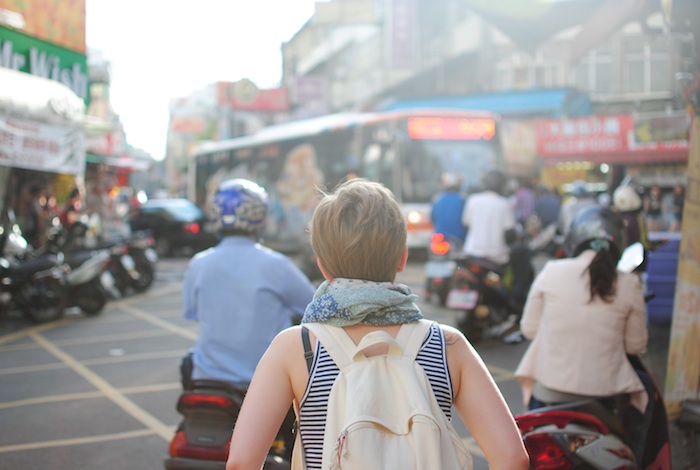 What we carry in our backpacks is the weight of our fears.

Some backpacks are made on a swift decision. Others are planned months in advance and ticked off with a checklist. Certain backpacks are made out of choice, and sometimes others are made because we had no choice. Be it to go far or to go hide next door. When we are making a backpack, there is more to it than just physical weight.

As I laid out the remainder of my clothes on an empty table and zipped up my backpack, I knew I was trying to pack a mess. I made a decision almost a year ago that I didn’t want to be committed to an apartment, a contract, rent or a job that didn’t move me. That it had all seemed pointless after so many years to work so many hours, not only to support myself since I was 18, but also to work for things I didn’t always believe in. The home I was in, the job I had and some of the people I knew just didn’t feel like “home” anymore.

What I wanted was the freedom to go whenever I wanted to.

Go incognito and re-invent myself in every new place I was in. Dare to do those things I never felt comfortable doing before. My plan had been to volunteer from hostel to hostel paying no rent in exchange for free labour. The months that followed I walked around a city with the feeling that a weight had been taken off of me. I was alone but I had chosen to be alone. If anything I was a solitaire. And it was liberating for once to look at myself that way.

But like any backpacker, I had given up the vertical ease of a closet where all my clothes had been aligned for years for a horizontal goulash of textile wrapped one under the other. I had come with a full backpack and that was all I allowed myself to carry.

When we see things in such a constrained space or possibility, it somehow gives us perspective on the fact that one needs to be sure of their choices.

Suddenly, we cannot spend two hours trying on different clothes as we struggle with our own image—because there is just no space nor mirrors for us to do. Perfectly ironed t-shirts are a thing of the past too when you travel. And adding things to a backpack becomes a burden as it weighs heavier and heavier. And every time we pick out a t-shirt it is like rambling our hands through a lottery machine—one never knows what they’ll pick out.

The idea of leaving it all behind to live life like a vagabond has been very appealing for years in my generation. But we seldom realise that this kind of life without commitments sometimes comes at the cost of a life without the conveniences we once knew: a home to call our own, a toothbrush in a fixed place, old friends to go to when we’re having a bad day or even a home cooked meal from our mother.

See, backpacks are emblems to travellers. They symbolize the travellers’ mobile nature and our need for freedom to go whenever we want to. They are built to accommodate easy access and storage. And a backpacker needs that like he needs air: the possibility and reminder that he can move and is constrained by nothing.

But when we spend enough time on the road, whether we want to or not, our backpacks mutate. And so do we.

As I moved to this kind of lifestyle in Madrid, I realised that what was once an emblem of mobility, now became a painstaking weight to carry around. I had gone from one store to the other buying new clothes just to fit with the local’s style. I bought one colourful dress after the other and thought it was a victory for the past tomboy that I was. I hated dresses really, but here abroad I thought I could push myself to like them and no one would notice. And the summer was the worst, as this frail white skinned Belgian girl who had never experienced a real summer suddenly had to walk legs and arms uncovered.

When travelling and wanting to change ourselves, we sometimes become schizophrenic chameleons in places whose language we are still learning and borrowing. And as thrilling as it is to go incognito anywhere and re-invent one’s self—some days, we just aren’t lively chameleons. Some days, we are just lost cats that hide under cars waiting for the traffic to pass.

Little do we know that sometimes the backpacks we are carrying are in fact heavy with burdensome personal baggage already. Somehow, all the while that we pack our underwear and t-shirts, our bags are already bursting with the layers of our constant self-questioning, our fears, our inner critic, and sometimes lack of self-love.

When we travel we get rid of our old comforts and routines. And so we grow more aware of who we are and who we aren’t, and of the difference between who we want to be and who we are right now. The kind of contrast we only ever really see when we get confronted with the blank canvas of ourselves echoed by the amount of free time and liberty we have when travelling or being in a new chapter of our lives.

In the end, it isn’t just about wanting to escape what we had before, it is mostly about escaping who we were before.

And travellers are adventurers.

We are mostly introverts that are seeking a way to grow out of it. We rarely think that growth isn’t just about pushing ourselves to become who we want to be. Sometimes, we just become who we want to become eventually, by making the choices that we’re asked not by our mind or our heart, but by our gut. Sometimes, it’s when looking back, rather than forward, that we see better today the person we are becoming.

So that day as I made my backpack again in these last seven months. I was offered a lesson on acceptance. I laid all my clothes and beauty products on a bed, and decided I’d make two bags this time.

In life or in travel, if we want to set out on an adventure with ourselves, the best backpacks we’ll ever make are those that will leave extra room for our own personal baggage.

And acknowledging this is what will allow us to carry it in the first place. 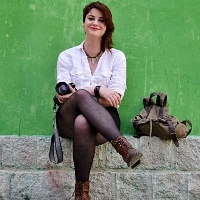