E8 Quasicrystals & the Theory of Everything: it’s Way Cooler than it Sounds. 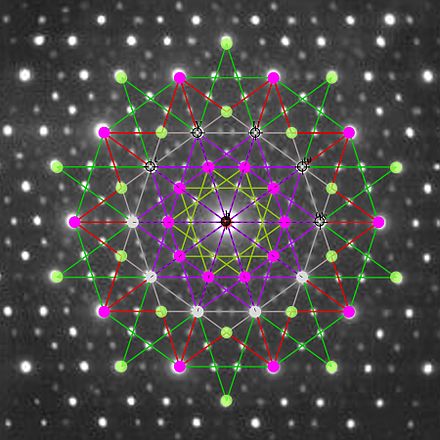 *Editor’s note: Elephant is a diverse community of 21 million readers and hundreds of writers (you can write!). We are reader-created. Many blogs here are experience, opinion, and not fact or The One Right Point of View. We welcome all points of view, especially when offered with more sources and less invective, more frankness and less PR. Dislike this Op-Ed or opinion? Share your own take here.

Have you ever looked at the troubling issues in the world, wanted to change them and thought, “But I’m just one person?”

Let me introduce you to Klee Irwin.

You might remember Irwin from those dietary supplement infomercials. He’s a regular guy. He worked in marketing and built his career from the ground up, and yes, he did very well for himself. But he wanted to do more. He wanted to make a positive difference in the world.

Like many of us, the subject always fascinated Iwrin, and so he contemplated it. A lot. A lot a lot. It came to the point where he took days off of work to just, well, think. This soon lead him to doing what many have dreamed of: quitting his job to devote his time to his passion. For Irwin, this is theorizing about how to make the world a better place. And because he wasn’t conditioned in any way by formal scientific training, he dares to challenge mainstream science and ask some pretty big questions.

What if we could decipher a way to measure the higher consciousness that runs the world? No, not greed or power or even coffee; think bigger. Call it God, Allah, Buddha, call it Jeff, if you like—what if we could measure this all-encompassing energy which makes up all of existence?

Through his passion and intuition, Irwin came up with a kind of renegade science, but he knew he also needed proof. So he enlisted the help of some physicists from around the world, and now, you can find them hard at work, high on a hilltop in Topanga Canyon.

Here’s where things get really cool. They’re following his dream and delving into a world of Planck lengths (the smallest possible measurement of the stuff of life), quasicrystals and E8 (I’ll get to that in a bit) and coolest of all, trying to predict the possibly-breakable rules of space-time and gravity.

How on earth are they doing this, you may want to know? Suffice it to say, it’s complicated. They’re playing with things like cold fusion and the golden ratio way up in their Topanga Canyon lab.

Working closely with Irwin, these physicists devote their expertise to answering possibly the biggest question we will ever have: what governs the universe, and for goodness’ sake, how?

As humans, we’ve been pretty limited by the rules of gravity and space-time, but life on a much smaller scale works around these boundaries that seem to hold us in tow.

Take electrons, for example. It was previously thought that if you had two points, A and B, then there was a necessary line that needed to be traversed between the two. Like so:

But when observing electrons within an atom, scientists discovered that they did not travel from point A to B or B to A, but rather they blip from point to point, seeming to disappear from existence at point A and reappear at point B without traversing the line between.

If you stop and think about it, this is pretty astounding. The electron seems to manipulate space to instantly appear somewhere else entirely, like beaming onto the transporter platform of the Enterprise from another ship. Okay, I’m not even a Trekkie, but it does help to get the idea.

Since there is already evidence of space-time “rules” being broken on an atomic level, Irwin and many like him are hopeful that we can decode the mathematics of this phenomenon and learn how to break some of those linear rules ourselves.

The Topanga team have come up with something they’ve deemed Emergence Theory and are specifically looking into the relationship between E8 and quasicrystals. Never heard of ‘em? Here’s a bit of break down:

Now, if you were particularly clever, you could analyze your hand’s shadow and come up with a pretty good idea of what your hand looks like; its dimensions, its angle in space, etc.

These quasicrystals, or shadows, exist in our 3D reality, and the idea is that by analyzing them we can discover the source that is casting them…the hand creating the shadow, as it were. You with me? Kind of, right? Maybe not so much—this is pretty heady stuff.

Basically, the quasicrystals act as a geometric language, the rules of which Irwin’s team are attempting to mathematically decipher. This might lead us to understanding how reality works at the smallest possible scale, and unify general relativity with quantum mechanics, thus creating a Theory of Everything.

This could ultimately lead to the next level of our technological evolution. The notion is that the “beam me up, Scotty” world of Star Trek might not be based in sci-fi for much longer. If we can start to play with the essence of life at its core level, then our relationship to things like space, gravity and even time could drastically change.

Sound impossible? Not so long ago, humans were asking the question, “What is life?”

Up until the 1950s, that answer was a mystery. Then, thanks to scientists like Watson and Crick, the discovery of DNA eventually led to the mapping of the human genome. This opened up a path to huge changes in areas such as medicine, energy, animal husbandry and agriculture. For example, this newfound understanding of genetics led to prevention strategies and treatments for diseases such as cancer and diabetes.

When we dare to look for answers to seemingly impossible questions, we give the world room to grow.

A Theory of Everything could also have huge implications for things like renewable energy, travel and issues like water and food scarcity. That is the intention behind what Irwin is doing. He believes the world we live in is pretty much in disarray due to the notion of scarcity and lack. His hope is that if it is possible to find a Theory of Everything through connecting this multidimensional concept into hard science, then maybe we can do away with lack altogether.

As he puts it, “Given enough time, what can happen will eventually happen. Because it is possible, it is inevitable.”

Irwin is living proof that one person, even without the benefits of a formal education, through sheer passion and determination can help lead to the enhancement of science and broadening our minds and scope for a better future.

So when those nasty thoughts arise, such as “I’m not enough, don’t have enough, can’t do enough,” remember this renegade-science buff and immerse yourself in what you love. Watch a TED Talk, read inspiring books, talk to people with a sense of wonder, ask the big questions, dare to release your inner nerd!

Because it seems it’s ingrained in all of us, on one level or another to feel the need to boldly go into uncharted territory. And how wonderful that spanning space and deciphering the big mysteries of the universe is perhaps possible right here at home, using microscopes rather than spaceships—for now.

Here’s a helpful video if you want to learn more:

Update: A documentary on Klee’s theory, called “What Is Reality?” is now available. It’s a visual way to explain the “Theory of Everything” that aims to unify physics with consciousness.

Author: Alyssa Barron (Special thanks to David Jakubovic for fact-checking and patient explanations) 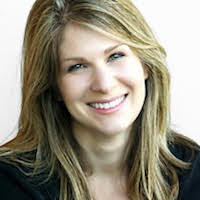