How I learned to relish the Struggle, Gatsby-Style. 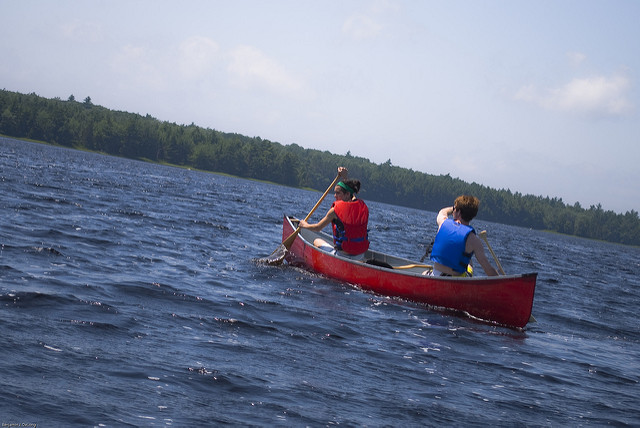 I was standup paddle boarding on the Potomac River out by Point of Rocks, Maryland.

It was perfect weather.

The midday sky was putting on a show that can only be rivaled by a sunset or sunrise. Bright, glowing, white clouds drifting lazily across a crystal, blue sky as they swept along the tops of a kaleidoscope of green treetops.

The view alone was worth the trip. We recently had some thunderstorms, so the guide informed us that the current was strong and he was going to make us work on our way up the river. Being a bit of a competitor, I thought to myself, “Bring it!”

At first, it was a nice work out. It felt good to use my core and to breathe in the fresh air. I pulled out in front and I was alone with the dragon flies, a wading heron, and a catfish as it broke the surface. I was in my holy place: nature. About a half mile up, the current really started to push back on us. I watched as the guide worked his way slowly into the lead and pulled off to the side on a small island.

And then it happened.

No matter how hard I paddled, I was not moving forward. I was working with all of my might and yet I was staying almost completely still. I grew more frustrated as the rest of the group gradually caught up with me and I watched as they pulled forward and inched their way closer to the island where we were pulling off to change course.

But no matter how hard I paddled, no matter how I changed my technique, no matter how deep or shallow I plunged my oars, I was barely moving. I steered myself further away from the reeds thinking I could find a more open stretch with less pull. I grew exhausted from the effort. And when I paused from rowing to catch my breath, I was pushed back and lost the minimal forward progress I had just made.

My frustration turned to anger.

As I set my eyes on the end goal, the island and the others gathering there with seeming ease, I paddled harder. I wanted to move forward. I wanted to reach them. But the current was strong. And my agitated mind created the illusion that my goal was actually moving farther and farther into the distance. It occurred to me at that moment that this was a metaphor for my life. Enter the last line of The Great Gatsby:

“Gatsby believed in the green light, the orgastic future that year by year recedes before us. It eluded us then, but that’s no matter—tomorrow we will run faster, stretch out our arms farther… And then one fine morning—

So we beat on, boats against the current, borne back ceaselessly into the past.”

These words had always cut through to the soul of me. “And then one fine morning…” How optimistic! How resilient! How unceasingly romantic! Gatsby’s plight resonated with me. It occurred to me now that my entire life had been current after current beating against me as I worked, struggled, fought to gain ground only to be borne back ceaselessly into the familiar habit patterns of my past. And I was left to watch, defeated, as the orgastic future unfolded for others who had run faster or stretched out their arms farther, those who had earned this happy ending that evaded me.

Thankfully, my spirit was never broken. I always fought. I have been nothing if not consistent in my struggle upstream. And no matter how many times the future receded before me, I still saw others reaching it, so I believed it was possible. But when I stopped to examine the words I was saying to myself, I realized how I’ve been living in the limitations of my mind. My perceptions of the circumstances of my birth, my upbringing, my life were fractured and wounded. Because my goals had evaded me—once, twice, three times—I had taken it to mean that I was unworthy of such rewards. Others “earned” such outcomes because they were somehow better or more deserving than me. I had resigned myself to beat on against the current, with no real expectation of reaching the orgastic future—the desired ending that dangled in front of me like a carrot in front of a race horse. Always so close, yet so far.

On the Potomac, as I grew increasingly angry, I learned something about myself. I had always believed in the existence of the orgastic future. In fact, just like Gatsby, its very existence was what kept me paddling forward rather than succumbing to the backward flow of the river. But now I also believed in my right to reach it. My worthiness to achieve all that I had ever hoped or dreamed. My divine destiny to fulfill all that the Lord had created for me to accomplish. I was no longer comfortable running and reaching just to stand still. I wanted to work hard to create a forward momentum. I need that progress. It is what feeds my soul.

Suddenly, being borne back ceaselessly was no longer my fate, but my goal. I wanted to relish the struggle. After all, if we are not fighting for growth, then we become content in stagnancy. And that is something I never want to be.

So, I jumped off my paddle board into the river—which if you know the Potomac is really saying something about my determination—and I started walking. I grabbed my board and I braced myself, barefoot, on the rocks below. I walked forward inch-by-inch.

I had exhausted myself beating the oars, but with my feet on the ground putting my whole being into fighting it, the current could not—cannot—hold me anymore. 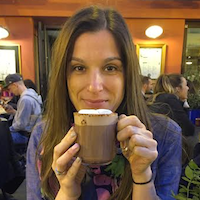