How to Let Someone Down without being an A$%hole. 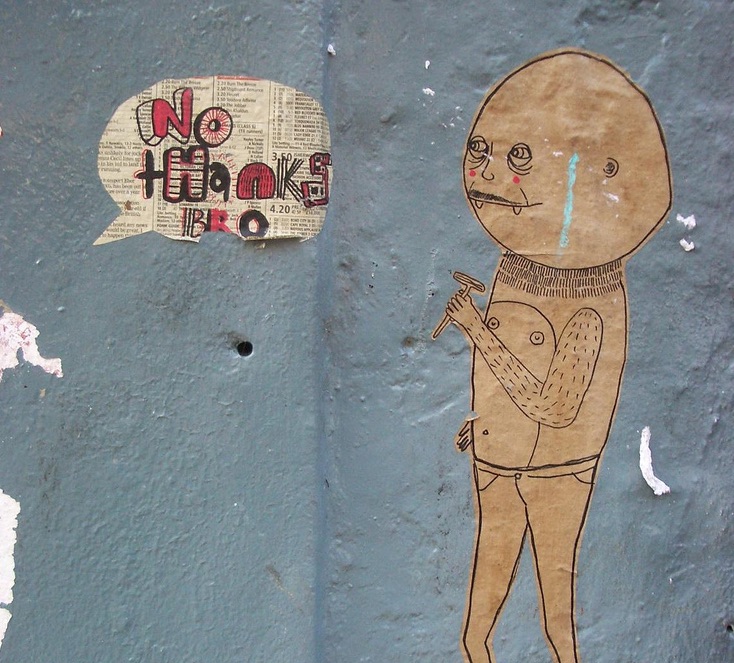 When someone rejects us, we often take it personally. It makes us question our self-worth, attractiveness, and talent. Sometimes it makes us want to give up.

I hate being rejected, and as a writer I deal with a lot of it, but I face rejection in my personal life too. Back when I was dating I got rejected so much that I started to feel like I was unlovable. (Don’t even get me started on the disheartening experience of querying literary agents and editors.)

But what if we are the ones suddenly in the position of having to reject someone else?

Inevitably, we will be, and it’s uncomfortable having to tell someone what they don’t want to hear. Most people simply lack the skills to do this effectively and kindly, so they either avoid the situation entirely or they bungle it so badly that they end up being hurtful.

It doesn’t have to be this way. It is possible to let someone down without being an a$%hole about it. Here are some tips:

“Ghosting” is never acceptable. The term “ghosting” is relatively new. People have been doing it forever to some degree, but lately it’s gotten out of hand. It means that instead of ending any type of relationship a person simply avoids the situation entirely by disappearing without any explanation. This can leave the rejected party confused, angry, and in pain. Ghosting isn’t an easy way out. It’s a form of emotional abuse used by people who need serious work on their interpersonal skills. We can all do better than this. You owe others at least a simple, polite explanation. It’s the responsibility of decent human beings.

It’s okay to leave out the whole truth. For instance, last week I received two professional rejections, which is totally normal. They came on the same day and I noted how different both rejections made me feel. The first was blunt and told the brutal truth that I was being rejected because I wasn’t yet successful enough in my career to be invited to a certain professional event, and it made me feel like crap about myself. The second rejection was written gently, and offered many compliments about my career thus far, and took the time to offer me a few alternative possibilities for still participating in the event I was being rejected for. It left me feeling hopeful and optimistic.

Be generous with compliments. Find lots of positive things to say to the rejectee. Everyone has good qualities. Point them out. This is a good chance to practice mindful positivity and the upside is you won’t destroy someone’s spirit.

Ban body shaming. When I was dating I was astounded at how many men felt entitled to tell me that they didn’t want a second date because they had an issue with my appearance. Single friends of all sexes continue to lament what appears to be an epidemic of body shaming in the dating world. I know that we all have certain types we’re attracted to, but keep this info private, for goodness sakes. There is never an excuse to demean someone’s physical attributes just because you like slimmer women or taller men. Body Shaming can damage sensitive souls forever.

Instead, say something like: “I had a lovely evening with you. Thank you for spending time with me. You were such good company, and I enjoyed our conversation about (whatever it was) but unfortunately I didn’t feel any chemistry.” I know it’s trite and it may be BS, but at least it’s polite.

Express gratitude. Take a moment to thank the other person for their time, their interest, the talk you had, for making you laugh, or whatever was appropriate for the context. Be sincere. If someone went on a date with you, or took the time to come to a job interview, they were doing so on their valuable time. They made an effort. It’s right to acknowledge and thank them.

Here’s an example: “Thank you so much for interviewing with our company. I’m grateful we got to speak and I’d like to thank you for helping me wipe up the water I spilled on my desk. You were a well-qualified candidate with a lot of excellent skills, however, our staff has gone with a different option.”

A little self-deprecation works wonders. I’m a fan of “It’s not you. It’s me.” Every time a guy I was dating used this one on me I could tell that he was trying to be kind, and this counted for something. Plus, I could always find ample evidence that it actually was him, and not me, and then I could move on without getting too down on myself.

Offer some hope. I was once rejected by a literary agent who was so superbly skilled in turning down aspiring writers that she was able to say no, while still making me feel like I was going to go forth and win a Pulitzer Prize. I will be forever grateful to her for showing me that rejection is not the end of the world. She was a role model for how to deliver bad news, and she did it by bolstering the bad news with lots of sincere hope for my future.

Likewise, I once dated a guy that I loved dearly and he too was able to dump me without shattering my heart by using the same technique. In this case we were poorly matched because of religious differences, which he explained that he understood was not my fault. Then he painted a beautiful picture of how much better my life would be without him to the point where I was actually excited (though still sad) to break up with him. We had dated for over a year, yet because of his kindness and respect, our breakup felt positive and enlightening instead of devastating.

Nothing’s wrong with writing. Some people think that breaking up with someone via text or email, or even a handwritten letter is faux pas, but I disagree. Many of us communicate better in writing, especially under duress. Writing, instead of speaking in person, is less stressful and can serve to avoid a confrontation if things might get too emotional, and it still shows that one respected the relationship enough to offer an explanation and not leave the other person hanging, wondering about their status.

Rejection is hard both on the person being let down, and on the person who has to deliver the bad news. Every one of us will, at some point, find ourselves in both positions, but when it’s our job to do the rejecting, we must remember to act with kindness and respect. This is a good chance to practice building our empathy and our communication skills. Telling people what they don’t want to hear might not be pleasant, but let’s save the “ghosting” for Halloween.