How to Talk to your Kids about Race: A Guide for Parents.

This month, parents across the country find themselves remarking how fast the summer went and opining about back-to-school business like the best teachers and the Common Core.

Amongst all the grocery aisle chatter between parents, here’s a conversation starter we rarely overhear:

“How do you plan to talk about race with your child this year?”

It’s been on our minds though, given the onslaught of police shootings and the cultural shift being driven by The Movement for Black Lives and other social justice groups. White people are waking up, I’m sure of it. But it’s definitely slow going, partly because well-meaning White  anti-racists aren’t exactly sure where to start or what to say.

For parents, back-to-school responsibilities take the driver’s seat this time of year so fighting for racial equality might feel like an overly ambitious and unrealistic goal right now. Plus, don’t they cover that stuff in school? Or perhaps you’re thinking that you’ll address it once they’re a little more mature, but, in fact, now is the time when you have the greatest power to make major social change in our country by helping shape the way your school-aged kids, our future leaders, think and speak about race and culture.

Maybe you already talk about race with your kids, and if you do this may be too elementary. But if you’ve put off the discussion because it falls into the category of “difficult conversations,” setting some simple learning objectives can help overcome that mental barrier.

Learning Objective 1: Teach your child that race doesn’t need to be a taboo subject and that cultural curiosity is a strength.

Most kids won’t learn the distinctions between race, ethnicity and culture unless they take a non-required elective course in college. Groups like Ethnic Studies Now are working to make cultural studies a part of regular school curriculum, but their work won’t take effect during your kid’s primary school years, so it’s up to you. Here are some ideas to achieve this objective:

Start by asking him after his first day of school: “Are there a variety of different cultures and races in your class?” This is an opportunity to explain the difference between culture and race.

Parent Cheat Sheet: Culture (sometimes used interchangeably with ethnicity) is a set of passed down or otherwise learned practices and values shared by a group. Race is a categorization based on genetic, mostly physical, differences such as skin color. Make sure you’re using equivalent terminology when you refer to race. This is a habit most of us adults are still trying to master. If you use the term White, use the term Black. If you use the term African-American to refer to Black people, use the equivalent term European-American to refer to White people. Explain why using these terms are appropriate, and gently instruct your child to do the same.

Ask your child about her classmate’s cultures. This sets the stage for you to correct stereotypes but to welcome new facts and insights about cultural beliefs and practices. To help foster cultural knowledge and differentiate it from stereotyping try the book Children Just Like Me, which features the homes, schools and family life of young people around the world. Emphasize that in her American classroom your child shares a culture with people of all different races, which is “American culture” but explain that different races can have unique cultures, too, because they may have shared history or life experiences.

Learning Objective 2: Teach your child that White is a race, not a norm.

When I ask my undergraduate college students to write a paragraph about their identity, the White students never mention their race, but the Black students always do. White students have trouble articulating their racial identity because their daily experience doesn’t teach them to think about their race. For many White Americans, White is the default and everyone else is “ethnic” or non-White. To make sure your White child will not learn these things for the first time as a college freshman, try the following:

1. Point out your child’s race.

Make sure he understands that if someone else possesses a race, he possesses one, too. Emphasize that Whiteness is not the norm or the basis from which other cultures are compared.

2. Make your child the minority.

Try and make sure your child experiences situations where he is a racial minority as often as possible. Travel. But if you don’t have the means or time to travel, take short trips to cities and towns occupied by races other than your own. Visit community events that are likely to draw a variety of people from different cultures.

Learning Objective 3: Teach your child to honor our differences, but identify our similarities.

We may have cultural and racial differences, but we possess more traits in common. Finding common ground and relating to others are the keys to developing empathy, which increases overall happiness and even success in life. Here are some ideas for pointing out our similarities:

Explain why it’s beneficial for there to be a variety of cultures and races in one classroom, school or workplace. We learn more about ourselves by being around people who are different from us.

Discuss how our ancestors stole ideas and inventions from people of other races and rewrote history in order to make White people feel different from and superior to other races. Your kids will have trouble finding this information in their school textbooks.

Don’t wait for geography to be adequately covered in an American classroom. Trace the places on the map where your child’s ancestors are from and explain that the United States is a land of immigrants. Discuss Pangea and the human migration from Africa to different parts of the planet. Parent Cheat Sheet: Use this two-minute entirely visual video depiction:

Learning Objective 4: Teach your child to refer to and discuss race in a way that shows a belief in racial equality and respect for all races.

Part of the problem in teaching our kids to be on the right side of history is that we ourselves are complicit in the very injustices we’re fighting against. Some of our grandparents were racists and some of our parents still are. Inevitably we carry beliefs and values that are outdated or downright wrong. Even if we’re aware of our White privilege we can still hold stereotypes or behave in ways that teach our kids the wrong message. Here are a few areas to keep an eye on:

When you use terms such as Black, Mexican or immigrant to explain or describe someone, avoid whispering the descriptive word, which suggests a derogatory meaning. If these terms are just factual descriptors relevant to the conversation you’re having, state them as such. Demystify words that have been misused as insults and exemplify their correct use. Make sure not to adopt the proper terminology and then ruin it with air quotes or tentativeness.

2. Explain the power of words.

Give a brief history of racial nomenclature and why we don’t use certain terms any more. If you don’t explain these words yourself then your child will learn them on the playground. Make sure she knows that some terms are so offensive that we shouldn’t say them out loud because of the harm they cause. Emphasize that if your child doesn’t know which words to use to refer to someone’s race or culture, she can ask you and you can try and figure it out together. Tell her that the best term to describe someone is really up to the person being described (bonus points: this could be a good opportunity to delve into what it means to be transgender).

When you envision what kind of person you want your child to be underneath the lab coat, the Olympic gold medal or the law degree, none of us envision an accidental racist. Imagine if all kids demonstrated these basic skills, how could the world be different than it is now?

Us parents are wide ranging in personality, educational level, life story, political affiliation and religion, but what we share in common is that we are all perfectly capable of setting these basic learning objectives for our kids this school year. The education that will prevent our kids from perpetuating inequality and instead make them curious, accepting and culturally competent citizens is in our able hands. 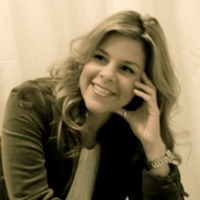