We’re Killing the World’s most Soulful Animal—Here’s how to Stop. 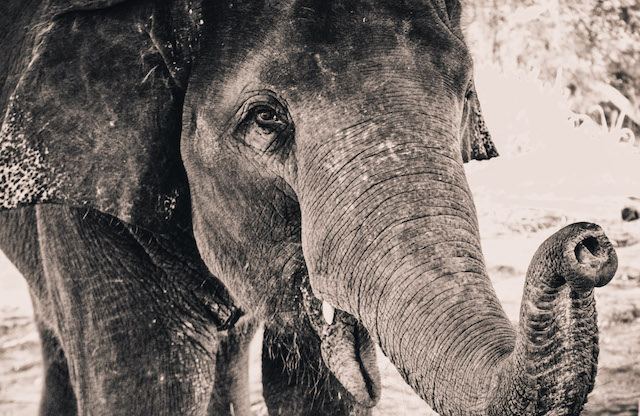 Riding an elephant on holiday is on millions of people’s bucket lists. But few are aware that the elephants in the popular tourist hotspots of Asia are an endangered species that is dwindling fast—so fast they could be extinct within this current generation.

Nor do people know about the brutal abuse that goes on behind the scenes of the elephant tourist trade.

Figures obtained from the International Union for the Conservation of Nature (IUCN) state the African elephant population has dwindled to around 470,000. Most of the 35,000 elephants poached per year for their ivory are in Africa, as is widely known. But the public is less aware that in Asia, the numbers of elephants left is estimated to be a mere 40,000. It’s a huge decline from the one million Asian elephants that lived in the beginning of the 20th century. Furthermore, their numbers have decreased by 50 percent in the last 60 years alone. This trend forewarns that Asian elephants are at risk of extinction within our lifetime.

The reasons for the dire situation of the Asian elephant is explained by the charity Save the Asian Elephants (STAE), which lists three major factors causing the decline:

Loss of natural habitat: The destruction of forests and elephants’ migratory routes for farming and development. Migratory routes and living free in the wild play a crucial part in the way elephants find new mates and breed.

Ivory poaching: Asian male elephants have decreased in huge numbers due to the demand for their tusks.

STAE CEO Duncan McNair explains how elephants are captured and put through a brutal training process called pajan to break an elephant’s spirit to facilitate their use in tourism, festivals and temples:

“Baby elephants are snatched from their mothers and thrown into isolation at ‘training’ camps. Horrific torture ensues to break their wild spirits by subduing them using pain and fear and sometimes they are beaten to death.”

“Caged in a small wooden enclosure for months on end, an elephant will be tied with ropes and chains. It’s beaten and stabbed with bullhooks by elephant handlers until it’s entirely passive and obedient. A ‘bullhook’ is a wooden pole with an iron spike that rips and wounds the elephant’s tough skin until it bleeds or chunks of flesh are ripped from its body, eyes gouged out, ears ripped and legs maimed.”

Journalist Sangita Iyer created the documentary film God In Shackles as an exposé of the dark side of treatment of elephants for festivals and temples in Kerala, South India. It reveals the pain, torture and slavery the elephants go through under the guise of culture and festivities that generate money from unwitting tourists.

Scientific research proves elephants are one of the world’s most intelligent, soulful animals. They have 300 billion neurons in their brains, as much as people. Like us, elephants are capable of problem solving, cooperation, empathy and grief. They are the only species, other than humans, known to perform a mourning ritual around death. They grieve, shed tears, love and protect their families. In fact, the documentary film launched at the Sundance Festival, The Soul of the Elephant, revealed that they are as loving and soulful as us humans.

Elephants should live as long as 70 years, but in captivity they often die much earlier, either from cruelty or exhaustion. It’s a tragedy these beautiful intelligent creatures are dwindling fast and are still abused and exploited instead of protected and left to live free in the wild as nature intended. The majority of the Asian elephant population remaining today is situated in India and Sri Lanka at around 30,000 and the rest scattered across Asia. Urgent action is need to halt the Asian elephant population from dwindling further.

Here’s how to Take Action:

1. Join in social media activism: Most people don’t realise Asian elephants are close to extinction; present family and friends with the facts. Share stories about what goes on behind the scenes at tourist attractions. There are many online campaign groups to join. HOPE: Help Our Precious Elephants and Save the Asian Elephants on Facebook are a couple of dedicated groups reporting on and campaigning for elephants.

2. Boycott elephant tourist attractions: Elephant rides and entertainment are based on animal cruelty behind the scenes. It’s not natural for elephants to walk up and down the same spot every day carrying tourists, to paint pictures, massage your back or other circus-style tricks. Only go to genuine elephant sanctuaries; advice on genuine elephant sanctuaries here. Tell tour providers to stop advertising elephant attractions unless they have proven welfare standards.

3. Sign petitions & write to politicians: Sign all the petitions you can find for elephants. Twitter is a great place to find the latest petitions, put #elephants #petition to find them. STAE has a petition you can sign here. Write to your Government representatives and India’s Minister of Tourism and the Prime Minister of India asking them for better protection against the cruel pajan, adequate veterinary care and more designated elephant sanctuaries. 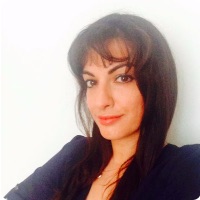