How I stopped Speed Dating my Passions & finally Committed. 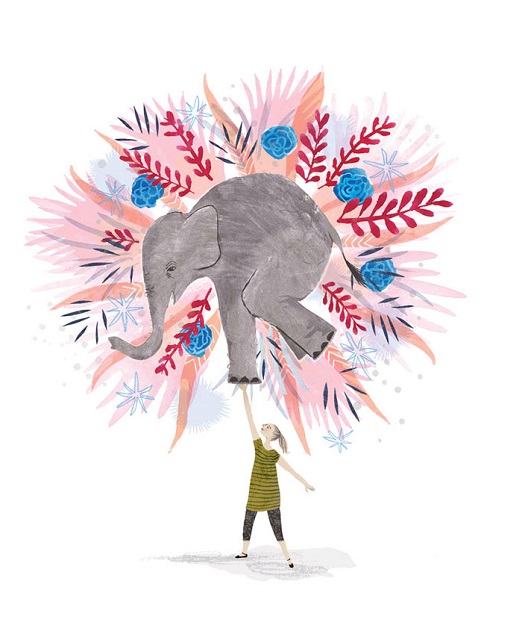 I had more ideas about what to do with my life than I had fingers and toes.

I wanted to contribute to so many different causes that I didn’t know where to start.

I’m passionate about justice for farm animals. Positive body image. Natural medicine. Women’s rights. The environment. Prison rehabilitation. Food justice. The list goes on. And on. And I spent many crazy-making years weighing the options—driving myself mad wondering where I could make the biggest difference.

I was reluctant to commit fully to anything because I wanted to do it all. I felt like if I chose to make a difference for young women who struggle with eating disorders I was turning my back on billions of suffering farm animals, unfairly incarcerated youth, communities living in food deserts…

I couldn’t stand the thought of giving up on any of these causes. Choosing just one felt so limiting—like I might be making the wrong choice or letting the other causes I cared about down. So instead, I dabbled in everything. A factory farm protest here, an eating disorder awareness campaign there. But I never rooted myself in any cause. I never gave myself over to anything fully for fear that it would tear me away from everything else.

Sometimes I spent more time assessing and analyzing where I could make the biggest difference than taking any action at all.

I used to imagine that each of the causes I cared about were in a different room in a burning building and I only had time to save the contents of one room. But rather than running in and grabbing whatever I could, I just stood there and watched it burn—paralyzed by an inability to choose what to save and what to give up on. But at least I could say I didn’t choose one cause over the other!

If all this sounds familiar, you (like me) may be plagued by the curse of the multi-passionate—the paralysis of possibility, the overwhelm of choice or just plain indecisiveness. And it will stunt our ability to make a difference in everything that we care about if we don’t see past its facade. But there is hope when we learn the power of picking our passion.

See, on the outside, us undecided multi-passionate people look really good because we get to proclaim how we care about everything. And we do! But caring about everything is can be a dangerous trap.

Indecision is addictive because we get to keep talking about our plans for all of our different passions, which makes us feel really good. We don’t have to feel like we’re letting any given cause down. Like chameleons, we get to blend what we’re most passionate about to fit in with the interests of those around us. When I’m around my animal rights friends, I get to talk about all the plans that I have to combat factory farming. When I’m around my feminist friends, I get to talk about my plans for creating supportive communities of women. When I’m around my…you get the point.

It’s kind of like continuing to date 10 guys at once because we don’t want to disappoint any of them and we’re afraid of choosing the wrong one.

And while dating our passions is a good way to get to know them better, we can’t keep leading them on forever. We have to choose or else we’re never going to form a committed relationship with any of them.

Being passionate about so many different causes prevented me from really putting myself on the line for any of them. “I care about too many things!” was a great excuse for me to not really have to devote myself to anything. Instead, I spent my time trying to figure out where I could make the biggest difference. This allowed me to justify not moving forward with anything. I just stood and stared at the fork in the road and obsessively imagined what it would be like to travel down each road rather than just picking one and walking.

The truth was, the thought that I could really make a difference for a cause that I care about was scary as heck. The thought that I could mitigate the suffering of farm animals, lobby for incarcerated youth or make a large scale difference in young women’s self-image felt like a lot of pressure. It was easier to occupy my mind with indecision than to put myself in the vulnerable place of having to actually pick something to put myself on the line for.

The overwhelm of choice was a smoke screen that distracted me from having to confront my fear of going after what I really wanted: to make a difference.

Until I finally realized that there is no right answer. There is nothing that I should do.

Only when I finally recognized that the hidden payoff of feeling overwhelmed by choices is that I got to justify my inaction, could I move from overwhelm and indecision to making a difference in the world.

So one day, for no particular reason, I declared my allegiance. I chose to focus on empowering young women and equipping them with tools to transcend self-limiting beliefs and objectification. Not because I’d reached some utilitarian conclusion about how that would be the best investment of my energy, but because I knew that my indecision was clogging my creativity and stunting my growth.

I wrote the goal of empowering 2,000 young women down on an index card and then cried tears of relief. It was so liberating to finally give myself permission to use my gifts to make a difference for others rather than worrying about choosing the wrong thing. I felt a renewed sense of purpose, clarity, excitement and fulfillment. I could finally surrender to something. I could finally give myself over to something that I care about.

We can do anything that we want to do, but we can’t do everything.

So here’s a visualization exercise to help figure out what that thing is for you: