How to Survive the Mindf*ckery of Ad Hominem Arguments with Narcissists. 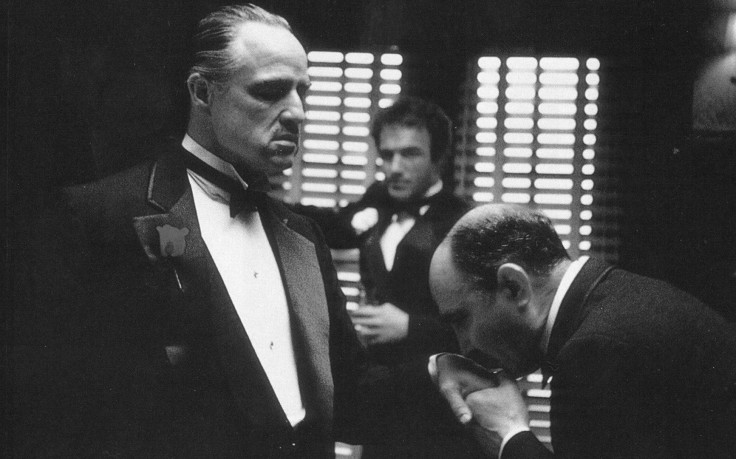 I have lost hours, days, possibly even months of my life that I will never get back due to having conversations with narcissists that end with a mindf*ck.

Every time this has happened I’ve noticed how my energy is drained, my blood has to pump harder to replace the leak and my brain spins and hurts. In all honestly, my time would have probably been far better spent banging my head against a brick wall and it would have been far less painful and debilitating.

After a conversation with someone who displays the traits of NPD (Narcissist Personality Disorder), I am left perplexed and in utter dismay at how it wasn’t actually a two-way conversation at all, but a challenge in which I have felt the need to constantly defend myself, defend someone else or defend something else from aggressive accusations rather than just peacefully and thoughtfully discussing whatever subject is raised.

I understand that I shouldn’t expect to speak and be listened to when talking to a narcissist, and neither should I have to live on the defensive, however these are just a couple of the vital life lessons I have learned throughout these experiences.

The most significant thing I have noticed when I’ve tried to communicate or reason with a narcissist is that the entire dialogue is only ever about winning. They aren’t interested or willing to listen to anything that’s being said or discuss or debate opinions calmly, rationally or reasonably.

Narcissists are obsessed with their inflated sense of self-importance and they are intent on loudly proving how their opinion is far more superior and valid than anything anyone else has to say. If anyone disagrees with a point they have made, they see it as a threat to their perceived greatness and they then directly resort to attacking mode. This will include name-calling, throwing insults or degrading slurs and they will try to shame, blame or humiliate anyone that attempts to stand up to them.

I shall never forget the words of a friend who was related to someone with NPD. She said, with a hushed warning tone, “Never try to argue with any member of this family as they will drag you down to a level so low that you cannot possibly communicate on it.” And she was right, not just about that particular situation, but for any attempted peaceful discussion with someone with NPD.

It really isn’t possible to communicate when a narcissist is determined to express a point, unless, of course, you are willing to be dragged to a place that is unpleasant, disrespectful and has absolutely no boundaries.

Narcissists are experts at finding flaws in whatever is being said and if they can’t find a flaw in the opinion that is raised, they will bring up the character flaws of the person saying it, or the person the point relates to.

There is a term for this: Ad Hominem.

When we are aware that this is happening, we will see this play out extremely clearly. However, when we aren’t, we can easily become spun-out, confused, upset, flustered and from there we will begin to lose the focus of what we were trying to say.

This then offers a narcissist the perfect opportunity to hammer in the last few nails as they respond with further attempts to destroy our stance by attacking our character.

They may do this through a variety of put downs, which often include accusing us of being hyper-sensitive, hormonal, unintelligent, uneducated or unable to hold a conversation without getting overly emotional.

We can then either defend ourselves further, or just give up and give in. Either way, the narcissist feels they have “won.”

All in all, it is total mindf*ckery.

Narcissists are determined to get the upper hand with any discussion they are involved in and they will push their “opponent” into the ground using any means possible.

If it appears at any point a narcissist is going to be proved wrong they will get louder (in text they revert to using capital letters) to highlight their statements and they will bring up so many different points, often going off topic, that the person in the dialogue will likely struggle to keep up with everything that is being said.

If the person they are in a conversation with somehow manages to keep up with the spiraling conversation and calmly voices their thoughts and presents conflicting or factual evidence, instead of staying around to discuss, a narcissist will become outraged and often walk out of the room, put their hands over their ears, talk over people or make any loud noise so they don’t have to hear what’s being said.

Or they may even indignantly say. “Shut up,” or “I’m no longer listening as you make no sense,” or some other less polite four letter words to try to mentally disable and silence the other person.

If a narcissist really wants to destabilize whomever they are communicating with, they are prone to bringing up personal weaknesses, mistakes that have been made in the past or secretive information that they have been told in confidence.

Narcissists can appear to be the most empathetic, thoughtful, attentive companions, however, they only express themselves in this way so that people confide in them. They can then obtain confidential details that they exploit by using them against the other person as ammunition to push their buttons and provoke an emotional reaction when they want to weaken their defense.

One of the main reasons narcissists react so badly to opposing opinions and beliefs is because they perceive anything that they don’t align with as a personal criticism. They have a frantic need to be admired, and their ego is so fragile that it cannot risk any cracks. Therefore, their self-protection mechanism kicks in and instead of taking any chances they immediately prepare for full-on war.

Ironically, for someone who cannot handle criticism, whether it’s constructive or destructive, narcissists are highly critical of everyone and everything.

In a nutshell narcissists thrive when they are being admired and when they have all the power and control. They also have a desperate need to be right. Any attempt to have a conversation with a narcissist that could threaten any of those things will never turn out well.

If they don’t get their own way either a full-blown, chaotic temper tantrum will play out, or they will move into victim mode declaring they were the one attacked before swiftly pulling the sympathy card with tears, sulking or silent treatment to draw in every last ounce of energy from whoever dared to disagree with them.

To top it off, in their panic and thinking momentarily they lost control they will try to reclaim control by controlling how other people perceive you. They do this by repeating the whole scenario, adding in all kinds of over dramatic claims so that they sabotage your character to anyone and everyone who will listen.