If Trump Wins, He Owes it to a Woman. 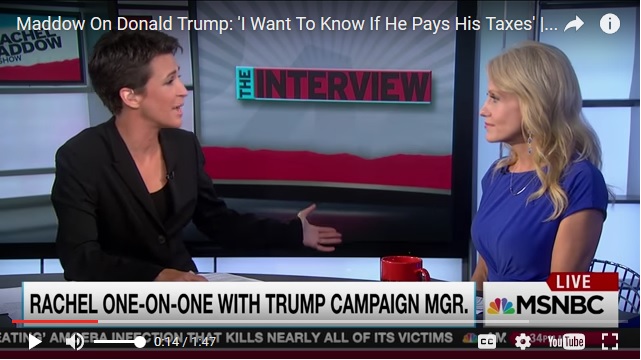 Hillary Clinton has a powerful new ad out asking about Donald Trump, “Is this the man we want as President for our daughters?”

Grossly misogynistic and mocking Trump clips are then shown. The answer is a firm no, this is not who or what we want in a president—a man who has little use for women and no respect.

And yet, despite Trump’s abhorrent behavior, Hillary Clinton is still struggling to connect, and I’m sitting here watching it all asking myself where did she go wrong?

Did she go wrong?

What more do we need from Hillary to vote for her against a man who is a racist, bigoted, misogynist?

Or if those attributes don’t bother a certain percentage of the electorate, what more do we need to know to vote for the more qualified candidate?

Even more distressing than this, is that it’s now another woman who has arisen to build up Donald Trump at the expense of Hillary Clinton.

After the Democratic National Convention and Hillary Clinton’s triumphant acceptance speech upon her party’s nomination, Democrats in the U.S. were riding high with the feeling that the White House was in sight for the first female presidential nominee from a major party.

Hillary’s campaign went into the next couple of weeks with a sizeable and comfortable lead, whilst Trump’s campaign seemed lost at sea. Advisors seemed unable to rein in their volatile candidate; whilst his campaign manager Paul Manafort, and his ties to Eastern European politicians, had become a distracting front-page story.

Then a shift happened. In what seemed like a last ditch effort to save a sinking ship, Trump and Manafort parted company, with Trump bringing in Breitbart News executive Steve Bannon and Kellyanne Conway.

At the time most of the media attention was focused on Bannon, as there were deep concerns amongst Republicans that his alt-right rhetoric—showcased on Breitbart.com—would alienate moderate Republicans and swing voters if he was shaping Trump’s policy speeches.

However, as the weeks of this seemingly never-ending campaign season have soldiered on, and Trump’s poll numbers have risen to put him in a statistical tie (or even ahead) with Hillary, it’s not Bannon making the headlines these days. It’s Kellyanne Conway, who—with her attractive looks and unassuming, folksy delivery as she explains away one Donald Trump misstep after another—has risen as a force to be reckoned with during this election cycle.

When Conway goes on left-leaning television shows such as MSNBC’s Rachel Maddow or HBO’s Bill Maher, one would expect that the well-spoken and well-read hosts would be able to eviscerate any Donald Trump spokesperson, especially considering they haven’t been the most experienced talking heads in the past. (One wonders where Hope Hicks, the press secretary who didn’t like to talk to the press, went.)

However, Conway doesn’t get blown away by a host fact-checking her explanations for her boss’s behaviour. In fact, she’s been controlling the conversation.

She’s out there presenting a kinder, gentler, more empathetic Donald Trump and people are responding to it. Since Conway has taken over Trump’s campaign Nate Silver now gives Trump a 42% chance of winning the White House compared to a more dismal 35% the day Conway was hired as his campaign manager.

She’s turned Trump’s focus away from talking about a wall no one but his most ardent supporters think will actually be built, and more toward the perceived failures of the Obama administration—making sure to tie Clinton as tightly to those policies as if she were Obama himself.

Another indicator of Conway’s influence? Since she took over Donald Trump has not had a press conference.

While some people found them highly entertaining solely for the shock factor of “I can’t believe he said that,” they certainly did not help him with independent voters. Those leaning toward voting for Trump were afraid to say so when he was out talking about banning all Muslims from coming in to the country.

Meanwhile, in Hillary-land, a female candidate that most will admit is more than qualified for the job she is running for, can’t seem to get past that she just isn’t that “likable” to voters. They just don’t “trust” her, even though she’s been proven to be the most factual candidate running this electoral season.

What does this mean? I’m not really sure. At this point I’m guessing people don’t want to have her over for Thanksgiving dinner because she seems like she wouldn’t be that fun of a guest? Kellyanne, with her quick quips and charm is making Donald Trump appear all the more palatable while Hillary struggles to connect because she talks about nuanced policy issues.

Much fuss has been made this election cycle implying that, Ivanka Trump—Trump’s clearly favored daughter—would be his secret weapon; but since giving a speech that sounded like it should be at the DNC and not the RNC, Ivanka has proven to be as much of a policy lightweight as her father—as evidenced when she was unable to properly explain her father’s or Hillary’s childcare reform proposals.

Instead, Donald Trump owes his turnaround to a different female, and her understanding of the moderate American electorate.

People want to feel good about who they are voting for, or at the very least they don’t want to be ashamed of their vote. When Conway goes on TV and explains away the worst of her candidate’s temperament and ignorance, Trump voters can feel a little better about voting for him, because Conway seems so normal and smart and friendly.

Is this what we as the public ask of our candidates? “Don’t make us think too much, make complex issues easily digestible (mostly by using falsehoods) and look nice while you’re doing it.”

We have to ask ourselves about our own internalized misogyny and how we truly react to women who seek power—because if we can’t pinpoint why we really don’t like Hillary, and that we are holding her to a higher standard than we are holding any other politician, then it’s about more than just policy; it’s likely a discomfort at seeing a powerful woman reach so high.

It’s deeply ironic that a candidate who seems to have little use for women except for their aesthetic appeal, has had his candidacy saved these last several weeks by a woman that is surely much smarter and savvier than he could ever be. 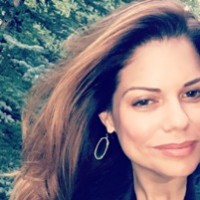