The Album I’ll be Playing on Repeat All Winter Long.

I’ve had this thing for Justin Vernon (singer of the band Bon Iver) ever since I’ve heard Skinny Love for the first time. Well, not for him per se but his music, obviously.

I fell in love with that song eight years ago, and it’s still one of my favourite songs that makes my heart crack open a little bit wider every time I hear it.

I’ve wanted to see him live for years but he never came to this (read: European) side of the world, so that made it kind of impossible. But after checking his page for the bazillionth time a few weeks ago, I realised he’d playing at Michelberger festival in Berlin and because I have such amazing coworkers, who are always willing to help a gal out when a holy-sh*t-this-is-on-my-bucket-list kind of opportunity arises, I was able to take a few days off and go see him live (thanks again, guys!).

In all honestly, I almost peed my pants from the excitement of possibly hearing Skinny Love live when I bought the tickets. (Spoiler alert: I never got to hear Skinny Love.) I also thought there’s no way I’m actually going to see him and that something tragic will probably happen before I even get to Berlin—like a natural disaster or a plane crash or just me being stupid and missing my flight or something equally silly but not impossible (a huge overthinker here, can you tell?).

Turns out, I was lucky—no natural disasters occurred and while we did almost not make it to our plane, we made it to Germany and so the adventure begun.

It was the first time they organised this festival, so we didn’t really know what to expect, and we didn’t get the whole details of the event until the day before it started. All we knew was who was playing and that this was not going to be a concert or a festival but a music experience—and what an experience it was.

We realised there was no actual line-up for the two days of the festival and the whole schedule was a bit of a mystery so we at no point knew who’s going to play next or where they’re going to play.

As much as we were lucky to actually get to the flight and the festival, the stars (or the planets or the goddesses or our spirit animals) were not on our side and we didn’t actually see Bon Iver perform a whole concert (getting a bit teary-eyed just thinking about it), but we did see Justin play one song from his new album, which was released the day before the festival started.

The festival all in all was amazing. I got something completely different than what I expected (talking about having no expectations, hey?) but so, so much better—I got to see a ton of artists doing what they love, experimenting, collaborating and, most importantly, having fun! Something that can’t be seen at every concert where the lineup is the same from concert to concert, city to city.

When we got home, I finally bought Bon Iver’s new album—22, A Million—and when I got to the last song, 000000 million, I fell in love with it immediately. It felt so strangely familiar…and that’s when I realised that the one song that he played at the festival was this one. So how about that? I didn’t get to hear Skinny Love, but I did hear my favourite song from the new album which I have been playing on repeat ever since.

And now to the actual point of the article… If you’re Bon Iver’s old-school, living-in-a-cabin, singing-songs-about-my-ex kind of fan, than you’ll most likely be surprised. I know I was. The album is so different from all other albums of theirs but at the same time it still managed to stay Bon Iver-y and I know I’ll be keeping it on repeat for the next few months (sorry, boyfriend!).

So without further ado, here are few of my favourite songs from the album. I could list them all and, yes, you can find them all on their YouTube channel, or you can support an amazing artist and actually buy the album. Either way, grab a cup of tea, a blanket and your favourite person and enjoy: 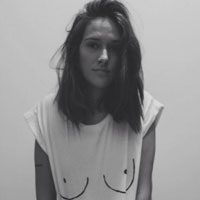