The Inside Look at a Syrian Refugee Camp you Need to See. 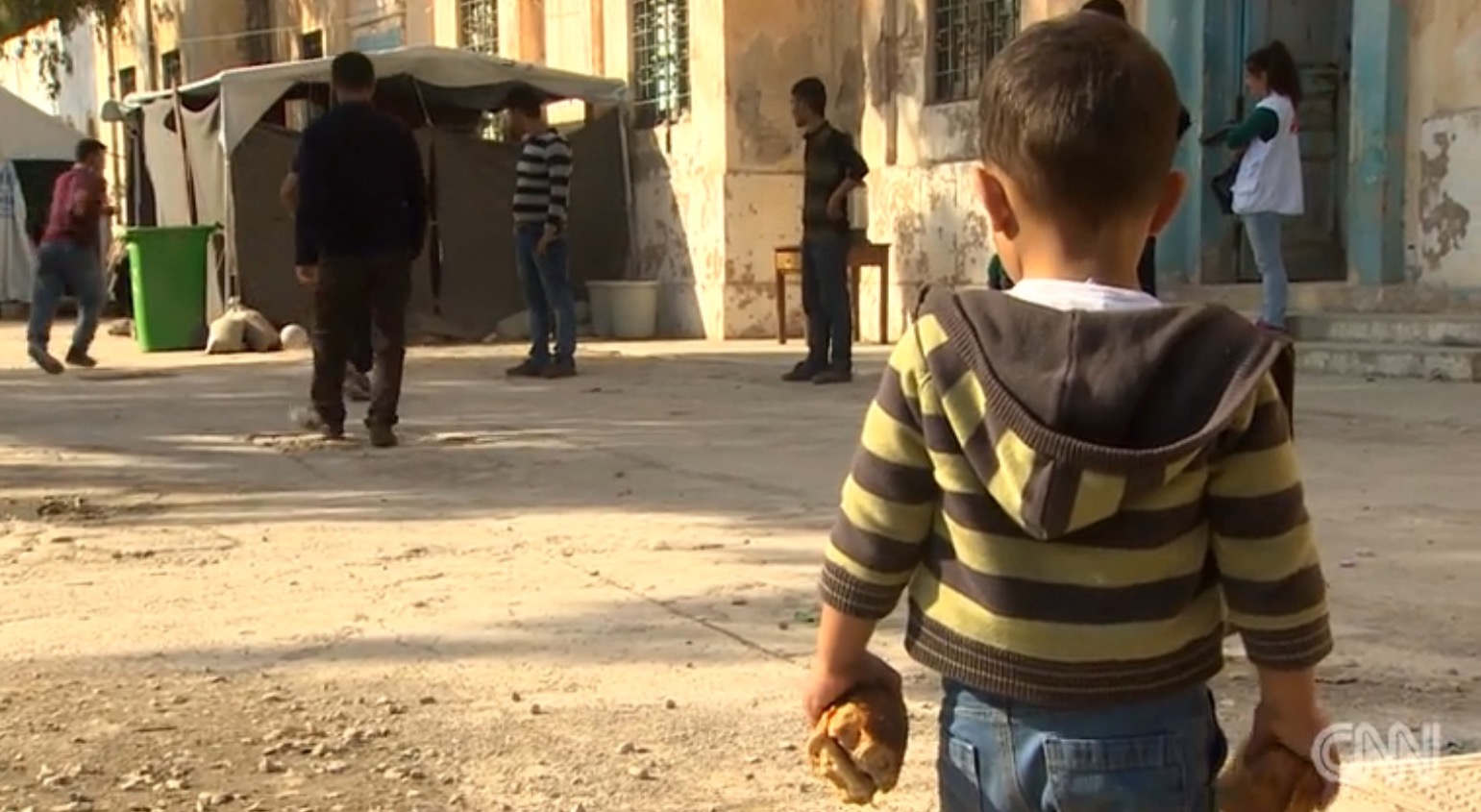 Editors Note: This piece was written while the author was working in a Syrian refugee camp in Greece this past summer.
~

Casablanca in a Syrian City of Shipping Containers

Just after we left the Syrian refugee camp last night, a massive brawl broke out and four people were stabbed. They were sheltered in the office where we had been meeting that day and there were no serious injuries, but it was a reminder of the deep disturbances roiling beneath the surface. While we were told the vast majority of people in the camp were escaping either the Assad regime or Isis, there are nevertheless an array of ethnic groups living in close proximity and frustrations were running high.

The camp is just outside Athens, Greece, and it is a bit like Casablanca in a city of shipping containers. The refugees are well provided for with each person getting three meals a day, a small room to share in a box of a trailer, and a 90 euro a month stipend. They even have access to a dock where much of the 3,000 person community gathers in the evenings.

But the camp is built on a giant empty lot void of life, and their food is often spoiled and contains cockroaches. The Athens heat is sweltering in the summer, and many have lost family and suffered immense traumas. Meanwhile, they wait endlessly to be accepted into Europe, unsure of which state they will be invited into and whether or not they will know anyone in their new home country. The stress that results makes of the camp a sort of powder keg. And yet the children laugh and play and the adults are friendly and respectful. The resilience of the human spirit is simply astonishing.

Everyone complains of life in the refugee camp, but as in the case of much communal living, social networks are strong and there are lots of smiles. It sometimes seems they will look back on this period of their lives as many soldiers look back on their time in the trenches, a time of intense bonds, deepened through shared traumas, and animated by close quarters. While that which does not kill us tends more often than not leave us traumatized, it can also make us remarkably resilient.

An assortment of non-governmental organizations provide food and shelter and medical services. And while it is saintly work, the constant comings and goings of volunteers and refugees alike leaves most everything in chronic disarray. Given the conditions, it is a wonder anything gets done at all. Much like government services, aid groups perform some of the most difficult tasks, work which no one has yet found a way to make profitable. They work with the most troubled populations, a task that is never complete and often exhausting. And yet it is also deeply rewarding work—bringing dignity to the lives of others is itself dignifying.

My partner and I came to the camp to help refugees work through their trauma. What we found was an astoundingly resilient community of people. The school in which we are assisting emerged from the ground up, from the hands of Syrians and other refugees who teach the classes. A small Greek non-profit came to their assistance and now they are bringing educational services to hundreds of children. One of the teachers experienced so much bombing in Syria that he can only sleep a couple of hours a night. And yet, he is there each day helping grow the school.

The head of the non-profit emphasizes the importance of respecting the work of refugees so that they might feel a greater sense of dignity, and of getting them out of the camps and integrated into Greek society. But at this stage, it is they who are welcoming us into their community and making us feel at home. Even with the violence and trauma, it is difficult not to come away with the feeling that whichever society takes in the highest proportion of them will come away the strongest.

Of course, there is a shadow side to everything, not least a massive community of traumatized people, run by an array of organizations, whose members are constantly changing, which is under-resourced and overburdened. Aid workers are often strangely detached from the refugees and their organizations often appear dysfunctional. Most refugees with whom we speak say the Greek Navy, which oversees the camp, is likely stealing funds designated for food and outsourcing to a sub-par catering company.

The police outside the camp appear complacent and ignore violent outbreaks inside the camp. A significant portion of the police force in Greece are actually members of an unusually popular neo-Nazi party, so perhaps it is to be expected. But all of it adds to a sense of chaos and confusion that makes subtle psychological healing difficult. The former leadership coach and social entrepreneur in me longs to facilitate dialogue between the Greek authorities and the aid organizations, between the aid organizations and refugees, and between the leaders of different ethnic refugee communities.

But all of that fades into the background of a deeper process at work in the camp. Our own work is but a drop in the bucket, but we are part of a process, welcoming them into a new world. The refugees need to know that real people care about them, and they need to see their faces. They need to talk with people who are a part of the nations to which they will be immigrating, and they need to know we understand their plight. And in spite of the corruption, in spite of the conditions, someone needs to assure their most basic needs are being met. We will do our best welcome to them to Europe and the West mentally and emotionally resourced, with a sense of equality and care.

It is a start to what will be a historic and epic journey that we will all be hearing about for the rest of our lives.

Theo Horesh is the author of Convergence: The Globalization of Mind. If you liked this article friend him on Facebook and join the dialogue.