The Promise that led me to Mexico & what I Learned. 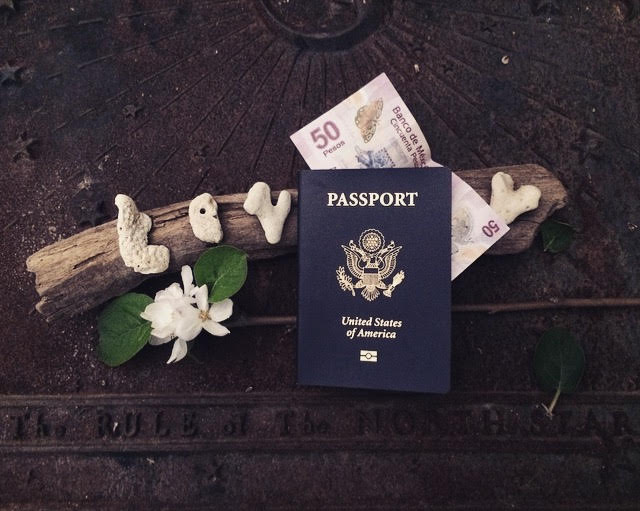 In a conversation, there comes a point where one can choose to go deep or be agreeable.

Recently, a conversation I had with a complete stranger—in a different country, in a different language—taught me a simple, yet powerful lesson. It all started with me fulfilling a promise I had made a long time ago.

When I was in college, I made a promise to myself that when I became a U.S. citizen, I would travel to a Spanish-speaking country. Spanish was my minor in college, and I love the language. So when I finally picked up my U.S. passport—and school was out for a week—my boyfriend, Parks, and I decided to take a trip down to Ensenada, Mexico (which is a six-hour drive from Los Angeles).

Gay marriage had recently become legal in Mexico, so it seemed like the perfect time to go. I thought to myself: “It’ll be a fun getaway, a great opportunity to use my Spanish—and who knows, maybe I’ll be able to take a conversational Spanish lesson.”

As we drove down the scenic route on the coastal highway, we talked about the backlash against gay marriage and the anti-gay protests that were happening across Mexico. We talked about the iconic picture of a 12-year-old Mexican boy that had gone viral online. In it, the boy is standing in the middle of a street, with his arms wide open, in front of a huge anti-gay protest. When asked by the photographer why he did that, the boy replied he had a gay uncle and didn’t want the protesters to hate his uncle. I wanted to meet some local LGBT people in Mexico, and see how their day-to-day lives might have been affected.

As we explored the touristy part of Ensenada, we were bombarded by excited servers outside of restaurants, trying to get us to dine-in. The souvenir vendors were friendly, yet pretty aggressive as well. There were other tourists walking around. Amongst all of this, my eyes landed on an obscure handmade sign; it read: “Private Spanish Conversation Lessons.”

I headed over to inquire within. A lady named Rocio, in her early 60s, greeted us. She had the air of an Albuquerque artist. Her grey hair was neatly pulled back in a ponytail. She wore a loose, short-sleeved, white t-shirt that was neatly tucked into her faded blue jeans. She was able to fit me in for an hour, and Parks decided to meet up with me after the lesson.

Earlier in the day, as Parks and I had strolled the streets of this small port town, I had a moment of hesitation about whether it was safe to grab his hand in public…I decided to hold his hand, and shortly thereafter became cognizant of a few long stares and turned heads.

Maybe if I asked Rocio about the town sentiment towards this new law, I’d know if it’d be safe to hold hands for the rest of our trip. She began with asking me where I was from, what brought me to Mexico, and where I had studied Spanish. The English teacher in me realized that she was evaluating my language proficiency. I had so many questions about Rocio’s life in Ensenada.

I wanted to know what she thought about gay marriage passing. There was a moment where I didn’t know if I should ask this elderly native Mexican woman these questions. She had commented earlier on how Parks looked like a blonde, green-eyed version of her son. She has also given him advice on the type of woman he should marry. Clearly, she had no idea we were a couple. I could choose to have a surface-level conversation with her and be an agreeable student/tourist.

“What if she is anti-LGBT?” I thought. My heart was beating a little faster. I decided to take the risk and go deep.

I asked her what she thought about gay marriage being legalized in Mexico. She said that she didn’t necessarily believe in it, because she valued traditional Mexican family values where binary gender roles were clearly defined. She added that it was also better for kids.

As our session came to an end, she asked, “Can you repeat the thing you mentioned about the alibi, earlier?”

I repeated: “Tradition and culture can no longer be used as alibis to deny people basic human rights.”

She jotted this down and said, “I’m going to think about this.”

As her next student came in, Rocio grabbed my hand, looked me in the eyes and said, “I’m grateful for this session because I learned so many new things from you.”

My insides were buzzing. I felt lighter. I felt changed. I realized I had put Rocio in a box because of her age. For a moment I had decided what she would want to talk about or not. I didn’t think she would be able to rise up to challenge her beliefs. Maybe they were too set in stone. Yet, in overcoming that moment of fear and hesitation, I was able to have an inspiring, unexpected conversation that transcended language, nationality, age, sex and beliefs.

As I walked down the street, holding Parks’ hand, I thought of the bravery of that little 12-year-old Mexican boy from the photo I’d seen online. More so, I was thinking about his gay uncle. How authentically and beautifully he must’ve shown up in his nephew’s life in order to inspire that young boy to stand up to the huge group of protesters. I hope I showed up just as authentically in my conversation with Rocio. 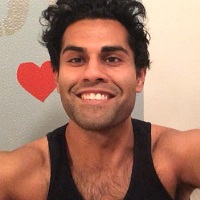