Why Clinton may get More Cooperation than Obama. 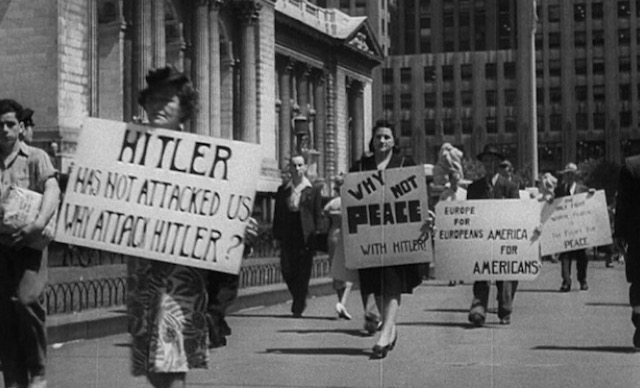 Back in the late 70s, game theorist Robert Axelrod invited some of the world’s top chess players and logicians to an epic tournament.

A prize was offered to whoever could come up with the most cooperative strategy for the prisoner’s dilemma, a game involving two criminals, caught in the act of a crime and placed in their own individual cells, where each is offered a shorter sentence if they rat the other out.

The point of the game is to get the shortest sentence, which might seem easy, except you both might rat each other out, or they might turn you in while you cooperate, which gets you locked away for longer.

The exercise reveals a lot about cooperation in government and international relations, which is why Axelrod sought the best minds in the world to develop a strategy that would generate the most cooperation. The challenge lay in not only winning once, but in generating a consistent pattern of cooperation.

The success of the strategy says a lot about where President Obama failed. When Obama entered office he sought to unite the Democratic Party by appointing several top Clinton aids, and to unite the country by taking the unusual step of appointing several key Republicans. But when the President of Change tried to get Republicans to cooperate on his domestic agenda, he was met by their stiff resistance. Undeterred, Obama kept reaching out. And he continued reaching out long after even some of his most loyal supporters lost faith in his motives.

But then, like Rocky, round upon round, battered on the ropes, he came out swinging, and liberals cheered. But when Obama started fighting, the hope of getting cooperation had long been lost. Republicans saw they could take advantage of him, and then when he finally fought back, they saw him as the enemy.

Much the same pattern played out with foreign leaders. When Putin invaded Georgia in 2009, Obama did not let it deter work on nuclear disarmament. When he invaded Ukraine in 2011, he did not let it get in the way of the reset in relations. When he entered Syria in 2015, Obama kept working for peace. He kept trying, in fact, until it started to appear Putin sought not only to the defeat of America’s Syrian allies but their ultimate extermination.

This has led to a frightening level of tension between America and Russia, which has brought a new sense of danger to the world stage. The image comes to me often of a snarling bear reaching out of the thick Russian woods to gobble up surrounding democracies, huddled scared on its borders, defenseless before a more powerful predator. It happened to Georgia and the Ukraine, and it can happen to Latvia and Lithuania, Romania and Bulgaria, Moldavia and Slovakia, and a host of other young and yet unstable democracies. And if Putin is willing to go ballistic, there is nothing an American leader can do.

Enter the sometimes grumpy and often aggressive Hillary Clinton, and it can all seem a recipe for World War III. However, Clinton may get more cooperation, and she may get more cooperation because she plays tit-for-tat. While she sometimes starts fights, the point is she hits back, and while she might go back-and-forth fighting for too long, she knows how to step back and cooperate, as she did with both Obama and Sanders. The logic of tit-for-tat suggests that Clinton may paradoxically develop a more peaceful strategy of cooperation with Russia and other geostrategic rivals and that this may establish a more stable global order. But her tit-for-tat squabbles might not only generate more cooperation; it might also lend support to fledgling democracies.

The global order is currently in flux, and there is little reason to expect it to get better. A global order backed by the guarantee of a single superpower, acting in its own interests, and only sometimes for moral reasons, may be nobody’s ideal. But the American order has been predictable and relatively peaceful, in spite of America’s own wars. And Americans prefer democratic allies, whose governments they respect and whose cultures they can better understand. Most of America’s principal allies are democratic, and while the U.S. may have undermined several in the past, American leaders now tend to seek democratic alliances.

Meanwhile, Russia has seldom maintained a democratic ally for long, and Putin appears to be going out of his way to assemble a coalition of autocrats. He is reaching out to Saudi Arabia and Egypt, Iran and Syria, Israel and Turkey. And this is where it gets scary. Turkey’s democratic institutions are well developed, and until quite recently, appeared stable. Meanwhile, Israel’s democracy is thriving, but only for about half the people living under its rule. Both countries have long been held in check by American carrots and sticks. And while Israel has often led American leaders by the nose in its occupation of Palestinian territories, there were always limits. If Israel went too far, American liberals might rebel, and if Turkey went too far, they risked closing off their connection to Europe.

Progressives are concerned that Clinton is the candidate of the status quo. But in a world of increasing conflicts, where democracy is declining for the first time in generations, and in a country whose democratic institutions are increasingly undermined by gridlock and corporate cash, preserving the status quo may not be all that bad. If things are getting worse, in other words, we may do well to merely hold the line. And yet, it may just well be the case that the world order is falling apart and American democracy is declining because Obama tried too hard to cooperate. If that is the case, a more hawkish and aggressive Clinton may get more cooperation than Obama. And if so, she may pass more progressive legislation at home and support more progressive movements abroad, all the while stabilizing a fragmented global order, precisely because she is less progressive and cooperative. It is a paradox we would do well to absorb.