Why Feminism Needs to be Cool Again. 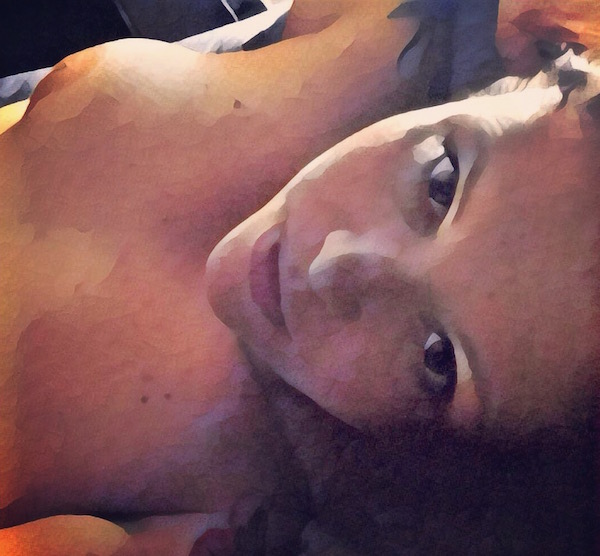 Recently, I wrote about a meme I came across.

It was two images side by side with quotes that were allegedly from Michelle Obama.

The first image was a picture of the first lady, with the caption, “Trumps’s sexual boasts have shaken me to my core.” This, of course, is in reference to Trump’s hot mic fiasco, in which he told Billy Bush, “When you’re a star, they let you do it. You can do anything. Grab them by the p*ssy.” Several women have since come forward with allegations against Trump for sexual harassment and sexual assault.

The second image is a picture of Beyonce in a revealing costume, straddling a chair. The quote below it reads, “Beyonce could not be a better role model for my girls.”

The intention of this meme, which was shared by a conservative Facebook page, was to make it look like the first lady is contradicting herself by saying that she is outraged at Trump’s lewd comments, and the accusations from the women coming forward with their stories, but not also outraged that Beyonce is on stage doing what she does.

In my article, I explained that this was a blatant example of the rape culture we have created in America. I spoke about how we have normalized misogyny to the point that it’s just accepted as a social norm. I spoke about how we treat victims of sexual assault—often blaming and shaming them, and offering very little in the way of support, and even less in any kind of actual justice.

The article hit the internet early one morning, and over 14,000 people read it within just a couple hours. As people began to post comments and send messages, it became clear to me how deeply this way of thinking is embedded in our culture.

Let us first recall that the bare human body has been celebrated artistically pretty much since the dawn of time. Male and female nudes have graces the walls of many galleries and museums. Take the Venus di Milo, Michelangelo’s David or the ceiling of the Sistine Chapel for example—some of the most famous sculptures in the world are nudes.

Even right here in Nashville, Tennessee—the buckle of the Bible belt—we have Musica, a large statue inside a traffic circle on Music Row. It is nine large nude figures, who greet tourists who gather here from around the world to experience Music City, and all the art and history here. 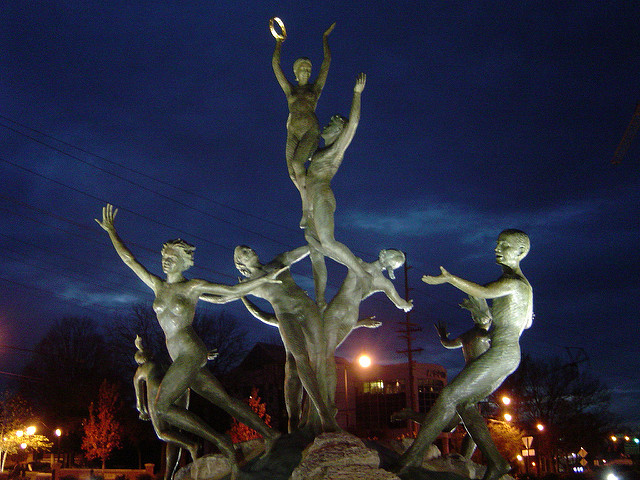 These images are widely accepted as “art.” Some of the most famous works of art have been expressions of nudity—some of them sexual in nature, others just expressions of the amazing human body. This is an important distinction we have not made as a society: nudity and sex are not the same thing.

Because Americans cannot seem to separate nudity and sex, we have all these taboos built into our culture. Women’s bodies are objectified because they are seen in a sexual context rather than a human one.

As a female, I experience this in many ways in the world. The earliest example being the dress code at my high school. There weren’t many rules for the male students. The girls had an exhaustive, very specific list that included how long their shorts and skirts must be, how much of their arms and shoulders could be revealed, and so on. Why? Because showing too much skin would create a distraction for their male classmates.

From about age 13, girls are taught to dress for the comfort of the boys around them. They learn how to be ashamed of their changing bodies. They learn how to judge each other based on the way they dress—and so begins the slut shaming.

But, it doesn’t stop there. We get all kinds of messages from the media about what women should look like, how they should dress, which body types are desirable, and all the potions, products, surgeries, and so on to help them change everything about themselves that isn’t “perfect.” Why? So boys will think we’re pretty. So other women will find us “acceptable.” So we can fit into the role that is expected of us.

Some of us become mothers, and get to navigate things like public breastfeeding. Even the father of my children was uncomfortable with the idea of me nursing our babies in public places. He eventually got over that, when he realized it was either feed the baby or listen to the baby scream through dinner or the grocery store or wherever we were when baby got hungry.

Why is this an issue? Because we, as a culture, cannot seem to break the association of women’s breasts and sex. We have literally found a way to take the most beautiful, natural, bonding act of breastfeeding our children and make it about sex. I don’t get it. They’re just boobs.

So, what’s the difference between objectifying women and artistic expression? Judgement. It is literally in the eye of the beholder.

And, it’s so ingrained in our culture, we don’t even realize it most of the time.

We’ve grown so used to this idea that women are supposed to look, dress, and act a certain way, that anyone who doesn’t conform is judged. And truly, we’re damned if we do, and damned if we don’t. Show too much skin, you’re a slut. Stay covered up, you’re a prude. Wear something tight, you’re asking for a sexual assault. Wear baggy stuff as to not draw unwanted attention to yourself, you’re frumpy, lazy, or whatever. We basically can’t win, because no matter what we do someone will judge us. Or worse, the Donald Trumps of the world will grab our pussies, because they think a little money entitles them to access to our private bits.

How do we fix this as a culture?

Let’s make feminism cool again. Let’s take the taboo off the female body. Let’s agree that every single woman gets to decide what feels good and right to her. Let’s celebrate the beauty of the feminine form, without sexualizing it. Let’s give ladies space to dress for their own comfort—whatever that looks like.

Let’s stop worrying so much about the judgement of others, and just do the damn thing. You wanna be naked? Be naked. You want to dress conservatively? Go for it. It’s your body, your life, and your right to be who you are without pressures from other people.

Also, ladies, let’s stop judging, slut shaming, fat shaming, skinny shaming, competing, and being catty little jerks to each other—as this only perpetuates misogyny. Let’s celebrate ourselves and each other as the perfect, divine goddesses we are. Let’s learn to support and encourage each other and build each other up. If we want to see change, we have to be change.

We have to be the women we want to see in the world.