Why we should Stop Setting Goals & Start Creating Systems. 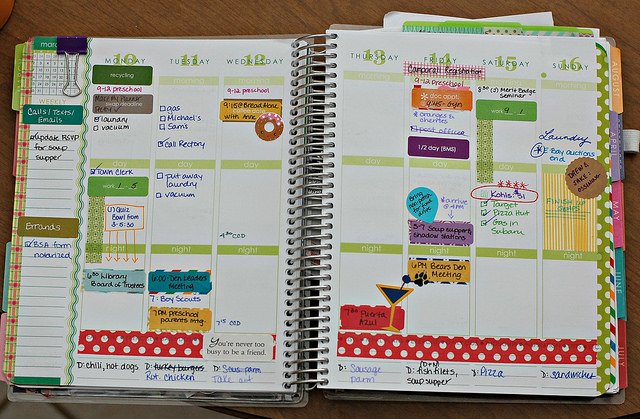 “A goal is not always meant to be reached, it often serves simply as something to aim at.” ~ Bruce Lee

I didn’t run the half-marathon I planned for in Paris. I haven’t written a single word toward the book I want to publish. My company missed the sales target that we had set for this year.

These were the three big goals that I had set for myself this year, and I failed to reach all of them. And yet as we approach the end of the year, I haven’t been happier or more satisfied with my progress.

I was disappointed when reviewing my goals at mid-year, until I came to a new way of thinking.

I started thinking of creating systems and not setting goals.

Scott Adams, creator of the immensely successful Dilbert cartoons, published a memoir/self-help book entitled How To Fail At Almost Everything And Still Win Big  where he describes his viewpoint on systems.

“Goals is for losers as you approach life as a sequence of milestones to be achieved, and you exist in a state of near-continuous failure. Almost all the time, by definition, you’re not at the place you’ve defined as embodying accomplishment or success. And should you get there, you’ll find you’ve lost the very thing that gave you a sense of purpose—so you’ll formulate a new goal and start again.”

Simply stated, if you are not achieving your goal then you’ve lost.

What then is a system approach?

A system is an organized, purposeful structure that shifts our thinking away from an end-state and lets us focus on our progress. It’s doing something on a regular basis that makes us better and allows us to feel more content in the long run, regardless of the immediate outcome.

It’s true that we don’t get the instant gratification that achieving a goal can give us, or that it could be harder to tell on a given day that our system is working, but the reward is a more predictable supply of smaller, but regular, happy moments that directly affect our sense of well-being.

Adams says, “systems-people succeed every time they apply their systems, in the sense that they did what they intended to do, while goal-people usually languish in a state of non-accomplishment.”

I started using the systems approach and created daily rituals that aligned with what gave me joy. I used my goals as general guideposts, rather than end destinations, and suddenly everything fell into place.

The habits I created have become unconscious and a part of my being, and I started feeling more productive, efficient and I’ve made significant progress toward the only goal that matters in life—to become a better person than I was yesterday.

These are three reasons why systems are better than goals:

A system approach is not focused on instant gratification and it releases us from the need for immediate results. It lifts a lot of pressure off us, reduces responsibilities from our lives and allows us to live with less stress and be more focused on the present.

We stop living like headless chickens jumping from one goal to another to check off our to-do list, without stopping to enjoy the experiences in achieving these goals.

I had set a daunting goal of writing a book by the end of 2016. It had such a paralyzing effect on me that I stopped writing for a few months.

Contrast that with the liberating feeling I got when I applied the systems approach to create a habit of writing 1,000 words every day on anything I wanted.

This changed my writing life as I’ve become much more productive without having the burden of a big goal hanging over my neck. I’ve now had countless articles published on popular sites. However, the best part of it all is the sense of joy and contentment I get from writing on a daily basis.

2. Systems focus on what we can control.

Using a systems approach means that we focus on our actions, on what we can control rather than what we can’t. We can’t control the unpredictable nature of our environment.

My company failed to meet its sales targets due to the worst economic crisis to hit Ghana in the last 10 years. That’s something that I couldn’t predict, but we’ve remained loyal to a system we created, which was to get a new sales representative every three months and divide their sales rounds into geographical areas.

We now have a lot of leads and hopes for next year, though these efforts won’t be reflected in the sales numbers of 2016. If we remain loyal to our system, then the chances are that we will succeed in increasing sales next year.

When we put in the right systems in our lives, the odds are we would improve continually through small, incremental changes that accumulate over time.

When achieving goals of losing 50 pounds, running the London marathon, or meeting our sales targets, most of the time it’s based on willpower alone, which can only last for so long. Therefore it comes as no surprise that people put the weight back on, stop running altogether or fail to meet their new sales targets the following year when the motivation runs out and there are no proper systems in place.

We need to develop a craftsman mindset, that is, to put in place a system whereby long term progress is achievable and measurable in doing something small every day toward that activity.

Jerry Seinfeld is one of the richest celebrities in the world with an estimated net worth of $820 million dollars. It all started when he set a simple system in place known now as the “Seinfeld Strategy.”

He would write jokes for a specified time every day so that he would improve on the quality of his jokes. He then got a big wall calendar that had a whole year on one page and hung it on a prominent wall. He would mark the days he wrote in by a big red X. After a few days he got a chain, and he kept at it till the chain grew. His only job was not to break the chain.

That simple system led him to being one of the richest men in the world.

Systems do work. They make you better at what you’re doing without the pressure that comes with setting goals. They also eliminate the mindset that you are only happy or successful until the next goal is achieved.

When you are devoted to the systems that you put in place, you not only become better at what you’re doing, but you do it with joy and ultimately you achieve more than the goals that you had in mind.