We found a Beautiful way to Stay Close, no Matter the Distance.
This is Social Media for those who Crave Real Connection >>

We found a Beautiful way to Stay Close, no Matter the Distance.
This is Social Media for those who Crave Real Connection >> 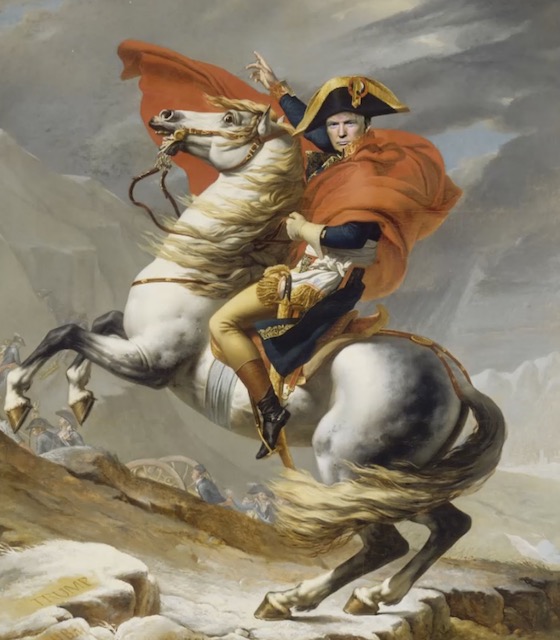 These are the obscene remarks made by now President-Elect Donald Trump.

His words go well beyond a disrespect for women, pouring over into the realm of sexual assault. He is boasting not of sexual conquests but the free pass his celebrity status grants him to make unsolicited sexual advances. As disturbing as his behavior is, I find it far more disconcerting that the majority of men co-signed his predatory behavior on Election Day.

On November 8th, 2016, Donald Trump’s lewd and morally unacceptable behavior was legitimized and transformed into political capital by a majority of white male voters. Why? How? Men supported Trump for several reasons: jobs, the economy, national security. But why didn’t they find his treatment of women disqualifying?

The obvious answer is male chauvinism.

The majority of male voters signed off on his life of predacious conduct because chauvinism is a dominant trait amongst American men. They endorsed his behavior because they themselves see women as little more than objects of desire that populate a male-centric world and as a result were not offended by his comments. But as is often the case, the obvious answer only scratches the surface.

Chauvinism is not the root problem. It is a symptom of insecurity. It is man’s attempt to compensate for his own insufficiencies through the subjugation and exploitation of his female counterpart. Chauvinism grows out of an inadequate and unhealthy male self-image. Far too many men measure their manhood and self-worth against the false image of machismo, which equates masculinity with bluster, sexual prowess, extreme self-reliance, unadulterated power, and indomitable physical strength. This is the deeper problem.

The deeper problem of American chauvinism is, in part, a result of our failing religious traditions. According to Gallup, a little over one in four Americans believe the Bible is the inerrant word of God and should be read literally. This group is referred to as Evangelical Christians. There are roughly 90 million Evangelical Christians in this country and Trump won this demographic by 63 points. He got 81 percent of the Evangelical vote, which means that many of the men I am talking about—not all, but a lot—describe themselves as Evangelical.

A core component of Evangelical Christianity is Biblical literalism. One of the many unfortunate consequences that trickle down from a literal reading of the Bible is the tacit acceptance of a First Century worldview, which is inherently patriarchal and chauvinistic. According to First Century science, the world was not only created by a cosmic patriarch, but patriarchy is the natural order of society: “Wives, submit yourselves to your own husbands as you do to the Lord. For the husband is the head of the wife as Christ is the head of the church…” (Ephesians 5:22-23).

This second class status is based on, or at least justified by, Eve’s disobedience in the garden (Genesis 3:1-6). It is Eve, not Adam, who is to blame for mankind’s expulsion from the garden (Genesis 3:12). And for that reason there is a distrust of women baked into Christian fundamentalism. A literal reading of the Bible elevates husbandry and chauvinism to the level of divine law. So while many of Trump’s supporters might have been turned off by the profanity, they were comfortable with his exploitative tendencies and his tone of supremacy.

When writing my book Finding God in the Body: A Spiritual Path for the Modern West, I thought a lot about the problems that literalism and fundamentalism present. Literalism seeks to preserve an antiquated worldview, which places fundamentalists at odds with much of modern society. As the example above clearly demonstrates, a First Century point of view is incompatible with egalitarian reforms like LGBT and women’s rights, not to mention a modern scientific worldview. All of which stifles social progress. But fundamentalism doesn’t just stifle social progress, it stunts the growth of the individual. Here is an excerpt from Finding God in the Body that speaks directly to this point:

“At its core, religion is a path of transformation, so the experience of transcendence is its lifeblood. The possibility of transcendence indicated by the text is the element of scripture that makes it sacred. When this element is taken out of the myth, our sacred texts aren’t worth the paper they are written on.

When scripture is interpreted literally, the words blot out the substance of the text, which is within us, not the book. This leaves the reader identified with the book, instead of the indwelling root of the text. Fundamentalists study books rather than using books to study themselves. Fundamentalists mistake myth as fact and read it like history. This inoculates religion.

This line of co-dependency stretches back to the source of the tradition, the owner of the original transcendent experience. Literalism says that the transcendent realm is off limits to everyone except the historical embodiment of transcendence that sits on the altar of their tradition. When transcendence is interpreted as a historical event, the possibility of transformation is read out of the myth and the religion is dead.”

When the possibility of transformation is read out of religion the need for practice is eliminated. Religion becomes this strange belief in a bygone supernatural era coupled with the fervent wish that those paranormal powers are still operating in the background or will one day soon return.

And the realization of these hopes is dependent upon unwavering belief and nothing more. In such a paradigm, spiritual practice has no place. Critical thinking and skepticism are discouraged, self-examination is irrelevant, prayer becomes a type of cosmic negotiation, and meditation is obsolete. As a result, religion fails to guide the individual through the process of human maturation.

This failure of religion leaves a gaping hole in the development of the individual. Their heart searches for meaning as they grapple with the unfolding of their person within the context of biological urges, social pressures, and daily life. Fundamentalism not only fails to guide the individual through this process, it serves as a deterrent to spiritual growth and maturity. It constructs a paradigm that renders spiritual practice obsolete and binds the individual to a supernatural worldview that fails to move beyond the adolescent level of emotional and intellectual development, which ultimately alienates them from the life of the body.

The body is the ground of meaning. All of our human potentialities are rooted in the body and we find meaning and fulfillment when they are born into our daily life. The flipside of this is that when these potentialities are not actualized, we are left feeling discontented and unfulfilled. We feel like something is missing and start looking for something to fill the void.

When men get stuck at this adolescent level of development, they often identify with emotionally immature symbols of masculinity. In Donald Trump many men found just that—a boisterous, unapologetic man that says and does what he wants. In him they saw all the stereotypical traits that define the adolescent image of masculinity: power, sexual prowess, and wealth. And without an effective vehicle of transformation they will never be able to see beyond that grossly inadequate caricature of manhood.

There are many reasons why Donald Trump was able to ascend to the presidency. This election exposed a host of problems that we as Americans must face, but this is one of them. Religion has for too long been given a free pass in American society. I am a strong proponent of the separation between church and state and the freedom of religion.

I would never want to see any law passed that abridged that freedom, but in our public discourse we can no longer afford to allow beliefs that directly affect the course of civilization to hide behind the veil of ignorance. When these beliefs are in conflict with scientific consensus or the egalitarian principles of our secular society we must speak up because failure to do so can have dire consequences for our planet and billions of people for generations to come.

Unless our religious traditions are liberated from fundamentalism and once again infused with an effective path structure that includes not only a resonant myth but an actionable system of practice, the people those religions serve—28 percent of the electorate—will continue to make decisions that impact our society, but that impact will reflect the socials values of the First Century more than the Twenty-First.