From Shame to Gratitude: My Infertility Coming-Out Story. 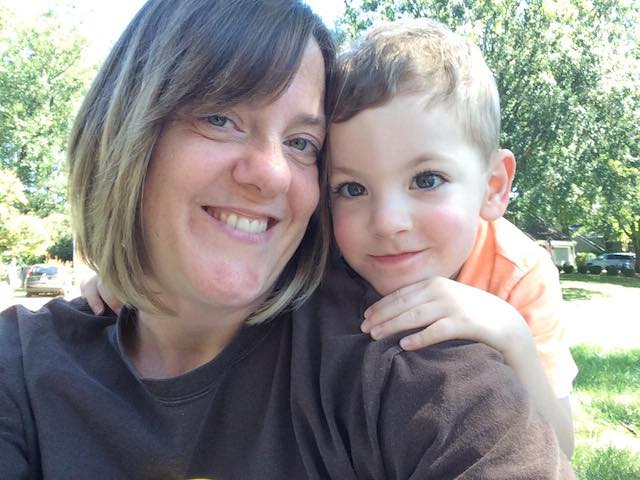 Three years ago, when I was about seven months pregnant, I went out to lunch with an acquaintance. She had twin daughters, and at lunch, we discovered that we’d been treated at the same fertility clinic.

When she said that she’d conceived via intrauterine insemination (IUI), I took an inward gulp, then said, “I just took medication,” and quickly changed the subject.

Later that day, I was overcome with confusion and guilt about my lie. The truth, of course, was that I had had IUI as well.

Through my fertility journey, I had met women who had been trying to conceive for years. These women were doing complicated procedures such as In-Vitro Fertilization, surrogacy or using donor eggs. They were trudging to the doctor’s office every day to track their progress. They were taking medication upon medication, most of it via painful injection.

Often uncovered by insurance, they were spending thousands of dollars for procedures, tests and medications. They were enduring incredible heartbreak, month after month, before picking up the pieces and doing it all again.

By comparison, IUI is a non-invasive procedure, a quick in-and-out of the doctor’s office. I wasn’t sedated. It was relatively inexpensive. In the assisted reproduction world, IUI is low-tech.

Many women undergoing the more complicated procedures would have loved to get pregnant via IUI.

So why had I lied about having it? Especially to a person who’d been so open about it?

I pondered this question for several months. At first I told myself that it was because I was a private person, and simply felt that family building is a personal matter, no one’s business but the parents.

That was another lie. While it’s true that we don’t owe society an explanation of how we build our own family, I knew that wasn’t what kept me from being truthful about my story.

Deep down, I knew that it was shame.

I was ashamed that I hadn’t been able to get pregnant the “real” way and had to seek out treatment for infertility.

I felt like something was wrong with me. That it was my fault. That I was less of a woman. That I’d been selfish for spending my 20s and 30s building my career and doing other things rather than seeking out a family like “normal” women do, and that I didn’t deserve to be a mother.

I realized that even though I’d reached success in my treatment and was expecting a baby, those feelings of shame hadn’t magically gone away.

It’s hard to be honest about things we’re ashamed of, but I soon realized that by lying about how my son came to be, I wasn’t only discrediting my fertility journey, but my friend’s. After all, she’d been honest with me about having had fertility treatment.

I’d also decided to help other women on their fertility paths, and knew that in order to effectively help people, I had to live an authentic life. This meant telling the truth about how I conceived my son, and owning my story.

The first thing I did was give myself a break. Yes, I lied and felt badly about it, but I knew that the lie came from a place of pain, and that I was in the process of healing. Part of the healing process was setting the record straight with my acquaintance, and in fact, I got in touch with her to come clean prior to publishing this article. While she remembered us having lunch, she’d completely forgotten about that part of the conversation.

I also started proactively putting my story out there. I made a YouTube video basically announcing to the world that I’d struggled with infertility.

Pushing the “publish” button on the video wasn’t easy, but I did it, and I’ve kept going. I’ve written articles and shared my story on podcasts. Every time I share my story, it gets easier.

As I began working with fertility clients, I learned that I wasn’t alone in my feelings. This was incredibly illuminating. You know that old adage about the more you repeat positive messages the more you know they’re true? After working with scores of amazing women struggling on their fertility path, I now know the following:

• Infertility doesn’t define us.
• We are more than our fertility journey.
• Even though we have a medical condition called infertility we’re all vibrant, beautiful, womanly women.
• There’s nothing in any way wrong with any of us.
• No matter how we build our families, we’re all attentive and courageous mothers.
• We’re a sisterhood, here to lift one another up, and not to bring any of us, most of all ourselves, down.

These days, there’s no shame. And that’s the truth.

In fact, there’s gratitude. Gratitude for the advancements in medicine and science that help women like me have babies. My doctor told me I had less than a two percent chance of getting pregnant and having a baby with my own eggs; four years and one awesome three-year-old son later, I’m incredibly grateful for the medical treatment that helped me to do it.

And every time I hear his little voice call me mommy, the gratitude grows exponentially. 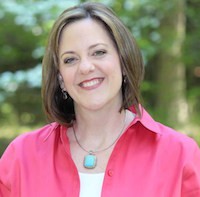