A Strict Eating Rule that the Buddha Prescribed for Optimum Health. {Book Excerpt} 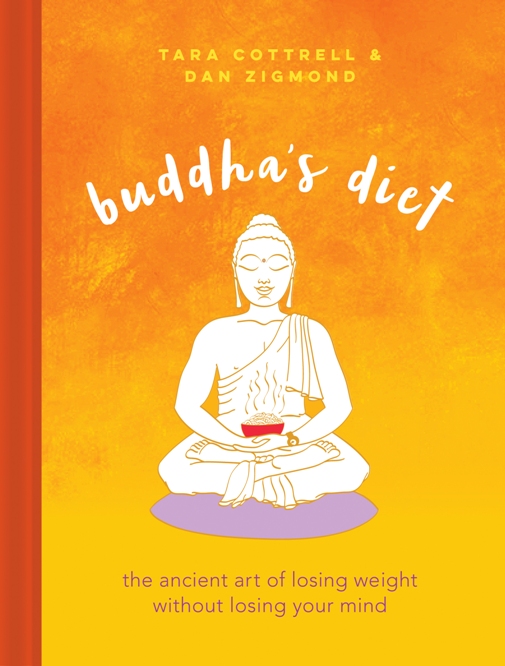 The following is an excerpt from Buddha’s Diet: The Ancient Art of Losing Weight Without Losing Your Mind written by Tara Cottrell and Dan Zigmond.

By implementing simple changes, such as a systematic eating schedule, emphasizing food as an experience rather than a habit, and careful consideration of emotional needs, a mere diet quickly transforms into a complete lifestyle regimen.

Buddha’s Diet is the comprehensive road map to the most effective and all encompassing guide to health, happiness and “weight-loss nirvana.”

Centered around the “middle way” between obsessive restrictions and mindless free-for-all, this diet reaches far beyond weight-loss. “Buddha wasn’t a diet guru,” Cottrell adds. “He wouldn’t be content with us shedding pounds. He wanted us to shed greed, hate, and delusion.”

People have been telling each other what to eat for thousands of years. Most of the major religions around the world include some sort of dietary restrictions. Islam prohibits pork. Orthodox Jews refrain from mixing milk and meat. Catholics avoid certain foods during Lent. Some devout Hindus don’t just eschew eating animals, but also shy away from certain root vegetables because harvesting them kills the plant.

Back when Buddha laid down rules for his followers, he didn’t follow this pattern. In the West we often assume that Buddhists are vegetarians—and certainly some of them are—but that’s not generally the case. Nothing in the original Buddhist scriptures prohibits eating meat, and there are many ancient stories of the Buddha and his first disciples eating all kinds of food. Some people are surprised to learn that even His Holiness the Dalai Lama eats meat—and grew up eating almost nothing else, since very few plants grow well in the harsh altitudes of Tibet. To this day in most of Asia, Buddhist vegetarians are the exception, not the rule.

In fact, although he gave incredibly detailed instructions on things like where his monks could sleep and what they could wear, the Buddha said very little about what his followers could or couldn’t eat. On the contrary, tradition stated that monks should eat whatever was offered to them. In much of Southeast Asia, saffron-robed monks can still be seen making their alms rounds every morning, and then eating whatever their generous neighbors put in their begging bowls.

The one strict gastronomic rule the Buddha prescribed was that monks should avoid what he called “untimely eating.” Specifically, they should eat only between dawn and noon. Afternoon and evening eating was strictly prohibited. The Buddha didn’t care too much what monks ate, but he cared a lot when they ate it.

This may sound like an odd and nitpicky restriction, but Buddha clearly meant it seriously. When he later boiled down the 227 rules he had made for monks into a sort of top-ten list for novices in training, the first few were the ones you might expect—rules like no killing and no stealing. But his funny dietary restriction also made the cut.

When he whittled them down to eight rules that laypeople could observe if they wanted to get more serious about Buddhism, he included that they “should not eat at night or at an improper time.”

The Buddha gave a few different explanations for this seeming obsession with meal schedules. But one of his clearest was this:

Fast-forward to 2014, when Dr. Satchidananda Panda and his team of researchers at the prestigious Salk Institute  or Biological Sciences in California published a fascinating study on obesity in mice. They took one group of mice and instead of their normal chow, they offered them a diet of high-fat, high-calorie foods, and let them eat as much as they wanted. The results would surprise no one: the mice got fat. Then they took another group of mice and offered them exactly the same seemingly unhealthy diet, but this time they only let the mice eat for nine to twelve hours each day. During the rest of the day and night, the mice got only water. In other words, these mice had the same all-you-can-eat buffet of tasty, fattening treats for most of their waking hours. The one rule was that they could only stuff themselves during some of their waking hours.

The scientists called this “time-restricted feeding,” and we’ll go into a lot more detail about the study in the chapter “Eating Like a Mouse.” But for now, suffice it to say that this time, the results were a surprise: none of these mice got fat.

Something about matching their eating to their natural circadian rhythms seemed to protect the mice against all that otherwise fattening food. It didn’t matter if they loaded up with sugars and fats. It didn’t seem to matter what the mice ate, or even how much of it—only when they ate it.

Somehow Buddha and the biologists had come to roughly the same conclusion.

While much of the world still worries about starvation and malnutrition, here in the United States and other wealthy countries, obesity is a far greater concern. In many ways, this is an achievement. Most of us no longer fear wasting away after a bad drought or poor crop—fears that plagued humanity for most of history and still do in too many other places. Instead we live like the happy but unfortunate mice in that first experiment, surrounded by cheap, delicious food that we consume whenever we want.

Yet this blessing has become a curse. The health risks of obesity have become well known, but a few bear repeating: heart disease, high blood pressure, diabetes. Millions of Americans die from these weight-related diseases every year. Despite advances in medical care, by one estimate serious obesity still robs an average woman of seven years of life when all the health risks are added together.

We are literally eating ourselves to death. 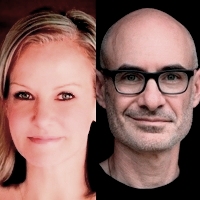