This is how we Make Trump Irrelevant. 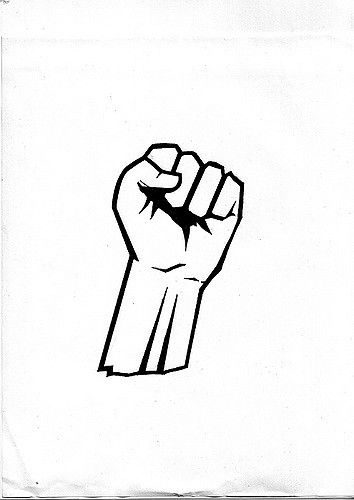 I woke up wanting to type “F*ck you, America” into my Facebook status.

Yeah, that’s where I started off this morning.

As a professional in the business of personal growth I instantly recognized, though, that this is what we in the industry would call “Not a winning mindset.”

So I slowed down and put attention on my feelings.

What was causing them? And what perspective would I need to adopt instead that would help me climb out of that deep dark hole of anger, fear and hopelessness that was taking over my Facebook feed and threatening to take over my state of mind?

See, I get that our outrage and our fear are warranted. I’m not here to argue that we’re in good shape right now. I am intimately familiar with so many different perspectives on this election and I know the fervor by which they are espoused and by which I, myself, have espoused them. I’m not writing this to argue with anyone about politics.

But as someone who views the world through a growth-mindset lens, I can’t stop myself from seeing what is actually going on. It’s never that things are hopeless and we get to simply wallow in resentment and blame. That’s never the end of it, nor is it the way forward.

The natural order is that life is constantly aiming to evolve. We are constantly offered opportunities for it and the direction we get to take depends on how we meet those opportunities.

Here’s what I think is going on:

1. We were frustrated and didn’t feel seen/heard. We continued to point at the things we thought were important and we continued to feel ignored and furthermore, ridiculed. We were told “That’s not how it works. We need pragmatism, not radical change, you wing-nut,” and there was a part of us that internalized this disenfranchisement because it was already a part of our own shadow.

We wanted change but didn’t completely believe we could have it. We felt disempowered and blamed it on them; the political establishment.

2. We reacted. We (collectively) elected a man who is stuck in the wounded child and rebellious teen stages of emotional development because that’s where we are stuck. When I say “we” I mean that it’s the norm in our culture to react to discomfort with anger, fear, scarcity and divisiveness. When I say “we” I include those who voted for him as well as those who dismissed his supporters as crazy and stupid, those who dug their heels in about Bernie Sanders’ loss out of resentment, and those who arrogantly pushed Hillary Clinton on the large contingent of leftist voters who ideologically couldn’t, and made it clear they wouldn’t support her.

Everyone has a part in this from where I’m standing. In an ecosystem we must all be responsible and invested in the health of every single element of our system.

3. Many of us are now reacting to the election results from our wounded child/rebellious teenager. Anger, fear, scarcity, divisiveness. I see a lot of people defending their right to be terrified and resentful. Look, fear and resentment certainly hold up in the court of opinion, but when it comes down to what’s productive and what’s not, this is not productive and will not lead us to the change we want to see.

We’ve fallen right in line with the dominant narratives of the Trump campaign here folks. That is the vibration he resonates at and we are meeting him in it. Let’s dust ourselves off and rise to the challenge ahead.

4. The next stage of emotional development is called adjusted adult. Some of us are relating to the election results from adjusted adult in that we are not reactive but instead responsive.

We are observing what happened and we are seeing our part in it, looking for where we can learn and grow from it, and setting our sights on actions to move forward in creating the reality we want to see. We are aiming for connection over disconnection in all we do. We have opted out of wallowing, blame, and hopelessness.

5. There are two ways we evolve our consciousness. The first is by choice and inspiration. This happens when we want something different, something better, and we start taking steps to make that change long before we’re forced to. For a lot of us, Bernie Sanders was an expression of an inspired evolution of our political system, but he didn’t quite stick. Perhaps we weren’t quite ready or not enough of us were.

The second way we evolve is through the desperation of being left with no other choice. It’s the result of feeling that a shift wants to happen but being too scared of losing our homeostasis to let the change begin. It’s what happens when we grip to something that’s not working long past the point when we’ve seen the signs that we needed a change.

If we had elected Hillary Clinton, we would have felt safe…for now.

We would have all put our earplugs back in and fallen asleep for another four years. But make no mistake, four years from today we’d have had to face our demons all over again but this time they likely would have grown even more terrifying. They grow more terrifying every election cycle, don’t they?

Hillary Clinton was a sleeping pill. Donald Trump is, apparently, an alarm clock blaring in our ears, a bucket of ice water thrown in our face, and a fiery dawn piercing our eyes.

This is what it took for us to wake the hell up.

6. We have the opportunity to transmute shit into gold here, folks. Okay, so we missed out on inspired evolution. We are now in the midst of an evolution born of desperation. Let’s make the turn this time or else skid off the road. We brought ourselves to a point where we really have no choice. So let’s get to work on the alchemy.

Alchemy: Transmuting base metal into gold. Or as those of us in the growth industry would say, giving meaning to our suffering by transmuting it into evolution.

With alchemy, it’s never about the object we want to change. It actually begins with us. When we change, our relationship to everything around us changes. When our relationship to it changes, maybe it changes too, or maybe it doesn’t…but often once we have undergone our own change, it renders that other thing, as it was, irrelevant anyway.

If we believed good people could win and we actually showed up to support them, Trump would definitely be irrelevant.

So let’s make him irrelevant.

I woke up this morning wanting to type “F*ck you, America” in to my Facebook status, but now I feel hopeful. I look around and see opportunity. Yes, we went on a bender. We’ve been on a bender for decades, and now we’ve hit our rock bottom and it’s time to sober up.

We have the opportunity to evolve and it depends entirely on where we put our attention and energy.

My guess is that you already know what you need to do and you’ve just been too afraid to do it. Well Donald Trump is president now. What have you got to lose?