This is why we Still Need Feminism. 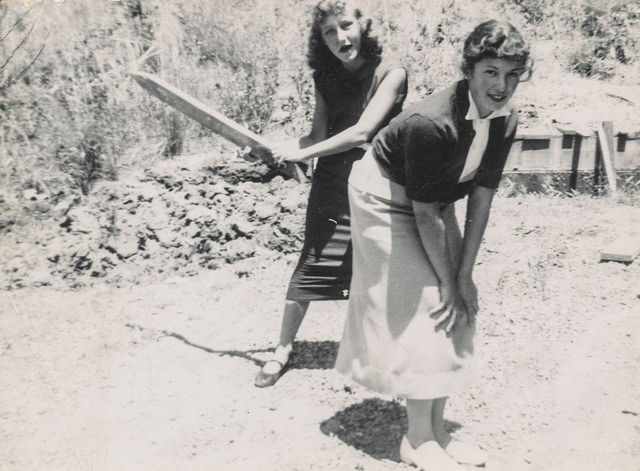 I’ve been noticing a dangerous pattern in feminism lately—or, technically speaking, I suppose, outside of feminism.

I notice it often on the internet, in an innocent Facebook or YouTube comment. Just the other day, the mere mention of the F-movement in my mostly-female classroom produced the same reaction. More and more frequently, whenever I’ve brought up the word, someone is squirming uncomfortably in their seats, adopting an awkward expression and saying, “I believe in equality, but I’m not a feminist.”

Now, I’m not going to say that this is wrong. They’re only saying how they feel. Instead I’m going to say that we have been misinformed—by society, by the media, and by the men around us who are intimidated by feminism (not all men are, of course, but I’ll get into that in more detail later).

I think many of us are familiar with the dictionary definition of feminism.

“the advocacy of women’s rights on the ground of the equality of the sexes.” (Wikipedia)

Feminism is about equality, about creating a world where we can all receive the same treatment, regardless of gender. We can’t say that we believe in equality but we aren’t a feminist—the two are one in the same.

The thing is, however, many of the women and men who awkwardly avoid being labelled as a feminist are aware of that. They’ve heard the dictionary definition, and they still stand by their misinformed claim to accept one idea without the other. So then why? What is it about the movement for equality that makes so many women uncomfortable?

I’ve heard a multitude of answers.

“Because I don’t hate men,” some of them might say, their answer short and sweet and simple.

“Because feminism doesn’t address the issues that men face in our society. Men are expected to be the providers, and we don’t talk about how unfair that is,” says another.

“Because feminists today don’t have any real problems,” another will suggest. “Not like women in other countries, anyway, where they’re still sold as property and beaten to death if they have sex out of marriage.”

On the surface, I understand where many of these arguments are coming from. They’re well-intentioned, I’m sure, but still, misinformed. Because the way I see it, feminism does address all of these problems.

Feminism is about equality. It is not “women vs. men.” It is about feminists (male and female alike) vs. the patriarchy—a long-established set of societal norms based on the assumption that men/masculinity is better than women/femininity.

The general existence of the patriarchy is not anyone’s fault. Feminism is not blaming men for it. The problem is that everyone—including women—have internalized at least some of these patriarchal ideas, and thus, it keeps being enforced.

Let’s use this in an example: maybe the one provided by our friend. Men are expected to be the provider, and that isn’t fair. I agree—it isn’t. The problem is that the patriarchy tells men that they need to fulfill this role simply because they are men. Because waiting for them at home, of course, is a weak, passive woman who needs to be protected. It is the patriarchy telling men this, not feminists.

Men do face many problems at the hands of the patriarchy. They are expected to limit their expression of emotion because emotions are weak or, in other words, “feminine.” They are dismissed when they come forward with stories of rape or abuse, because men are much too strong to have either thing happen to them.

They are expected to fit into this narrow definition of what it means to be a man, and if they deviate from that at all, then they are belittled and called “feminine” (fag, sissy, girl). And that is why feminism is so important. We need something that confronts the patriarchy—that teaches people about it and helps them to understand the problems underlying it. We need it just as much for men as we do for women.

And as far as the argument goes that modern feminists in Western countries don’t have any problems—I disagree. Women are still far from being treated equal, and if we think that we are, then I don’t think we’re looking hard enough.

In my home country of Canada, one in four women will be raped.

It can be expected for either me, my mother, or one of my sisters. That means that whenever we walk into a room filled with people, then there are multiple female rape survivors standing amongst us. It is not a foreign problem—it is something that we are dealing with right here, in our country, and it is part of a huge, complex series of problems all stemming from patriarchal ideas.

And if you are raped, then you can expect not to be taken seriously as a woman. You might be asked questions like “how much were you drinking” or “what were you wearing” or “are you sure you didn’t lead him on,” as though any of that has anything to do with the violence that has been perpetuated against you. If you are raped, then it’s your word against his, and there’s very little chance that you will ever receive real justice.

In my home country of Canada, a woman working the exact same job as a man will make 72 cents for every dollar he makes. And you can expect to make even less than that if you’re a woman of colour.

In my home country of Canada, women are told constantly to be ashamed of their bodies—whether it be directly, like being told to cover up or hide yourself while breast-feeding, or indirectly, like the time when I was told in high school that I needed to put a sweater on because my body might prove a distraction to the boys in my class.

If I went on about all the feminist issues that we still have to face in Canada, I’d be here all day, but my point is—we’re still a long way from equal. Yes, there are women in other countries who have it worse, I won’t deny that. But you know what isn’t helping those women? Telling feminists to shut up and stop complaining because people in Africa have it worse.

If women in other countries have any hope of receiving help, then they will need feminism. They will need that tool to dissect the patriarchy. They need that long-standing history that will help them to understand how to proceed. Feminism can help those women, not hinder them.

I honestly doubt that if we asked any feminist in the first world if she thought that the wage gape was more important than the issue of women being beaten to death for having sex out of marriage, she would say that it is. Both problems need to be addressed, and feminism is capable of addressing both of them.

If we don’t personally believe that feminism today is doing enough for men or for women in other countries, then why don’t we be the change?

Let’s start talking about it, let’s write blogs, spread the word—it’s easier today to do that than it ever was.

Feminism is a grand movement, and it’s been constantly changing ever since its invention. If we would tell a first-wave feminist about the issue of the wage gap, after all, she’d have no idea what we were talking about!

So let’s introduce the idea—let’s be that change. Let’s not disregard the entire movement if we feel it’s done a sufficient job of discussing certain issues yet.

I find myself reminded of the “meninist” movement—(which initally started as a group of men who supported the idea of feminism, but which then turned into a satirical ideology) that women are imposing on their masculinity, and they didn’t feel free to be themselves anymore. There are two reasons I can think of for them feeling this way:

1) They see women who are looking to upset the balance of society, who want to take away the privileged status that men have upheld for centuries, and their automatic assumption is that women are going to take it for themselves and appoint themselves the dominating gender. “It’s a mutiny!” these men cry, and run to their meninist battle-stations.

2) These particular men are ones who benefited from the patriarchy. They liked their role as the provider—they felt comfortable in it. It gave them purpose, made them feel strong and, well, “masculine.” They liked being able to marry a woman who perceived her entire purpose in life to be serving him, living only for him. When feminism comes along and tries to take this away from them, or at least make them question it, they don’t want to lose it. They claim that feminism is stripping them of their freedom, when the only freedom they’re losing is the freedom to oppress women.

So these men go forth, they bash feminism, they demand to have their misinformed voices heard. And some women do hear them. They hear men telling them that feminism is an evil, it’s a “cancer,” one that will take away their own rights and their own freedoms. And I hate to say that these women want to impress these men, but one thing that the patriarchy does preach to women is that they should strive to be accepted by men.

So they say that they “believe in equality” (because they do), “but they aren’t a feminist,” because feminists are evil. Feminists want to take these men’s rights away. And these men are more important to please than anyone, according to the patriarchy.

I am uncomfortable with saying that the only reason that a woman would say “I believe in equality, but I’m not a feminist” is to impress men, however, so I offer another explanation: because in our still-patriarchal society, men still rule the world.

Men who benefit from the patriarchy are in our media, they produce and release most of our movies—and shape our news and advertisements.

And this is, why we need feminism. This is why I am so hesitant to allow the feminist movement to fall away into this alternative movement of “equality.”

So let me end this rant with this proud declaration: I, Ciara, am a feminist.