The List I Never Wanted to Make—my Experiences of Rape Culture. {Adult}

When I was 13, I was the only girl in woodworking class. In front of the whole class, one boy asked me if I had a “tight cunt or a loose cunt.”

I had no idea what that meant. I tried to laugh it off and walk away. While the others laughed, he followed me around the shop and cornered me between machines until I answered.

When I was 14, I was at a playground with three little girls that I was babysitting. An adult man was walking around the playground with his penis hanging out of his pants.

When I was 16, an adult man who studied ballet with me and other teenaged girls, asked us if we knew why he always wore his tee shirts untucked. We didn’t. He explained that it was so the teachers wouldn’t know every time he got a boner from looking at us.

When I was 17, I went to prom with a boy I knew from church and some of his friends. After the dance we went to a condo 30 minutes outside the city to watch a movie. Under a blanket, my date slid his hands all over my body the whole time. I tried to discreetly push his hands away. I didn’t want to make a big to-do because I was embarrassed and afraid. I didn’t know any of the people we were with and had no other way home. When he dropped me off later, he was angry that I wouldn’t kiss him.

When I was 17, an ex-boyfriend would park across the street and watch my house. He followed me whenever I left. He left graphic, horrifying messages on my family’s answering machine detailing what he wanted to do to me.

When I was 18, I met a guy at a party—a friend of friends, visiting from out of state. We talked and flirted. He asked me about good places to view the city. I drove us to a pretty spot. He pinned me in the driver’s seat, forced his hand down my pants and roughly pushed his fingers inside me. I shoved him off, then drove him back to the party and left.

When I was 21, a man tried to grab my foot through the stairs as I walked to my apartment. I jumped over his hand and ran inside. That night, I was awakened by banging. A quick look turned up nothing and I went back to sleep. When I returned home from work the next day, I found scuffs all over the door where someone had tried to kick it in.

When I was 28, I was with a group of friends. The brother of one friend laughingly said to me “I bet you’re a cock-sucking whore.” My friend told his brother that “wasn’t cool.” Other than that, no one else said anything about it—ever.

On multiple occasions, while standing in a crowd or a line, my butt has been caressed, squeezed and slapped. Each time, the offender has been a young boy accompanied by a laughing adult.

I’ve been called “a bitch,” “a slut” and “a stuck-up prude” for not answering back when men have yelled, “Are you wet baby? Come here and I’ll check!” and “Mmmm girl, walk slower! I like to watch” and “Bring that pretty kitty over here so I can pet it” at me on the street.

These events left me shaken; feeling ashamed, violated and worthless. The words still echo in my memory and the feelings of fear and shame linger.

I decided to share my experiences knowing there are people who will say I should “get over it,” or accuse me of “blowing things out of proportion” or suggest that I should be “flattered that men find me attractive.”

That is what rape culture is—normalizing, trivializing or joking about sexual violence.

Sexual violence is a spectrum that ranges all the way from harassing speech to rape. To minimize these acts as “locker room talk”, “harmless teasing” or “boys being boys” is to condone them. By doing so, we tell perpetrators that sexual violence is acceptable.

To question or downplay the impact of these acts on victims is to tell the victims that what they’ve been through is of no consequence—that they don’t matter.

Rape culture affects us all—these things happen all around us every day. It will take all of us, aware and working together, to change things.

Let’s stand up, speak up and intercede when we witness someone being subjected to sexual violence in any guise.

Silence in the face of these acts is acceptance, it perpetuates the problem.

Let’s support the women who accuse a certain presidential candidate of sexual assault. Let’s admire the courage that it took for them to come forward rather than calling them “political distractions” and accusing them of lying and/or seeking their “10 minutes of fame.” (After all, this man commonly refers to women using terms like “piece of ass” and brags about sexually assaulting women.)

Let’s not ask rape survivors about their sexual history, what they were wearing or how much they had to drink.

Instead, let’s challenge the system that hands down absurdly light sentences to men (like Brock Turner, Austin Wilkerson, John Enochs and many others) found guilty of rape because of the “severe impact” harsher sentences would have on the attackers.

If you’ve been through something like this, please tell your story.

The more awareness we can bring to the problem, the better our chances for meaningful change. If you haven’t been effected by these things, please ask the people in your life to share their experiences of sexual violence. 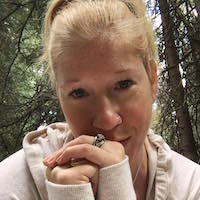