Using the 4 Goddess Archetypes to Heal ourselves & the World. 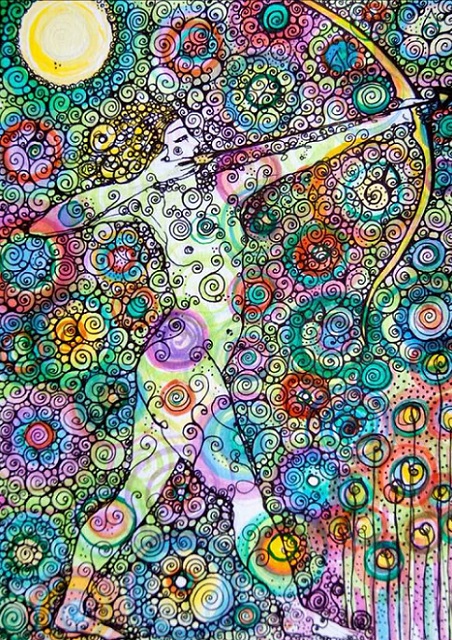 It has been just shy of three weeks since the election—a moment that many of us will remember with the kind of crystalline clarity that only catastrophe renders.

We are still reeling from shock and grief, scrambling to find our footing in what feels like the crumbling of our cultural foundation. Whether affected directly or peripherally by the hateful and divisive words and actions of the alt-right, many of us are feeling triggered and wounded by the blatant resurgence of misogyny, racism, xenophobia, Islamaphobia, and state-sanctioned violence.

As the leader of Red Tent: Louisville, a diverse interfaith women’s community in Louisville, Kentucky, I’ve created a space for women to experience and share their emotional, spiritual, and psychological reactions to the election, and the subsequent aggression that has erupted. Online, over the phone, via email, and in safe gatherings, I reassure dozens of women that their feelings of grief, loss, fear, rage, anxiety, and trauma are valid and appropriate, and that they have every right to process their feelings in their own time.

The women in my community echo the sentiment of millions of like-minded individuals the world over: people who feel despair, loss, and fear—but also a deep impulse to do something, anything, to push back against the tidal wave of hate that we see washing over our country.

Our prevailing cultural attitude around the process and timeline of grief, however, has left many women in my community feeling unprepared to make meaningful positive contributions to our current state of affairs. To really make a difference, we’re told, we need to dry our tears, quell our rage, and push through to a place of acceptance.

Despite the real social trauma that we are all living through, the message we have heard repeatedly via personal interactions and social media is that we just need to get over it and move on—and that unless we are able to come only from a place of love, we are not contributing to global healing.

Our tears are not productive, our rage is not helpful.

I too was locked within this paradigm, feeling unable to get where I thought I was emotionally supposed to be because my rage would not subside. That is, until I had an epiphany that has shaped my personal journey as well as my work with women.

What I have realized is this:

The Goddess is manifesting through each and every one of us in this time of crisis.

There has been much talk in my community and the world over about the reawakening of the universal Sacred Feminine; a bigger-picture understanding that the events we are currently living through will be the catalyst for a much-needed and fundamental shift in the trajectory of humanity. There is a dawning realization that this moment in time is indeed the last gasp of patriarchy; the violent death spasm before the oppressive beast that has ruled for over 2,000 years finally falls.

Understanding our individual and collective response to this cultural crisis within the framework of the Goddess archetype has helped me and many of my sisters make sense of our intense reactions to the apparent victory of patriarchy over the Sacred Feminine principles of love, kindness, compassion, creativity, conservation, tolerance, equality, and respect for life. Though characterized as “feminine” in contrast to the patriarchal principles of hierarchy, dominance, oppression, violence, and imperialism, the qualities of the Sacred Feminine can be espoused, embodied, and expressed by all people, regardless of gender.

Women who have felt shame about their endless river of tears, or who have been surprised at the sheer force of their rage, are now empowered and inspired to view themselves as a vessel through which She is manifesting.

Although we have all experienced individual responses to our grief and shock, what has emerged from our collective unconscious are four distinct Goddess archetypes: the protective impulse of Artemis; the compassionate response of Kwan Yin; the call to lead and fight that is the signature of Athena; and Kali’s willingness to usher in the destruction that precedes renewal.

Goddess of the hunt and the moon, the archetype of Artemis—with her iconic bow and arrow—is the protector, and her likeness has become more visible in our culture during the past decade as we collectively call forth a new personification of the strong, independent female. Embodied by modern heroines such as Merida and Katniss, the role of Artemis is to protect the vulnerable and to speak for those without a voice.

Women channeling the protective medicine of Artemis are likely to be vocal in social and environmental justice, investing their energy to support the rights of children, animals, the environment, and the disenfranchised or under-represented. Whether at Standing Rock or the local animal shelter, the Artemis woman uses her gifts to heal the world by protecting those who cannot protect themselves.

If recent events have awakened in you the rage of a mother bear whose cubs are threatened, you may be channeling the protective power of Artemis.

The Chinese Buddhist bodhisattva of compassion, Kwan Yin is the Goddess who “hears the weeping world.” She answers prayers for mercy and provides comfort in times of torment. Kwan Yin so deeply loved mankind that she chose to remain on Earth even after she had earned the right to buddhahood, and has committed to remain here until all humans have achieved enlightenment.

Women manifesting Kwan Yin’s medicine of compassion and mercy are likely to be found comforting the ill, the injured, the broken-hearted, and the forgotten. Called to offer ease to the body and soul of those who are suffering, Kwan Yin women can be found listening to stories of pain and grief, providing relief to the physically injured, or loving those who feel unlovable.

If you have found yourself weeping at the suffering experienced during this cultural upheaval, or feeling the collective pain of our human family, you may be channeling the comforting power of Kwan Yin.

The embodiment of wisdom and bravery, Athena is the Greek goddess who was born fully grown and clad in armor—not from a mother’s womb, but from her father Zeus’ forehead. Athena used her sharp intellect and rational predisposition to lead warriors into battle for the safety of her home and her people. The favorite child of Zeus, she was also given the use of his weapons, making her an unbeatable opponent.

Women who manifest the medicine of Athena quite often assume positions of leadership and advisory, challenging the opposition with reason and fact-based arguments. Called to lead movements that promote justice, equality, and inclusivity, the Athena woman can be found on the literal and metaphorical frontlines. Athena women inspire others to gather cohesively and to utilize their individual and collective resources to heal the world.

If you have found yourself inspired to organize and mobilize, to use intellect and reason to face the current challenges of our culture, you may be manifesting the wisdom and power of Athena.

Don’t let Kali’s unrivaled power of destruction intimidate you: her medicine is needed now just as much as the other three Goddesses. A principle Hindu Goddess who is considered the Mother of the Universe, Kali ushers in “the dark time”—the destruction of evil. From her destruction comes the ultimate liberation of those who have been attacked or oppressed. In essence, Kali is the keeper of time, ensuring adherence to the universal cycle of death and rebirth.

The Kali woman can be seen using her gifts to imagine powerful alternatives to the current political paradigms in which we live. Not content to fix the broken system or put a bandage on the hemorrhaging wounds of our culture, the Kali woman is ready to face the end of the world as we know it.

If you feel called during this time to prepare yourself and others to usher in a new era, to start over from scratch and build upward from a strong and solid foundation of equality, compassion, and respect for the earth and our human family, you are likely manifesting the medicine of Kali.

By reflecting upon our own response to the recent shift in our culture, we can figure out which of these Goddesses resonates most profoundly in our heart and soul. We may be channeling one specific energy or a blend. If we imagine ourselves as a vessel for reawakening of the Sacred Feminine, our role in healing our culture and planet is likely to become clear.

And indeed: there is a job for each of us to do. We each have a unique healing assignment for this lifetime, and the world needs us to step into our power and use our specific medicine now more than ever. With the power of the Goddess working around and through each of us, there is no doubt that what we now perceive as a crisis is in fact the catalyst for the birth of a new era. 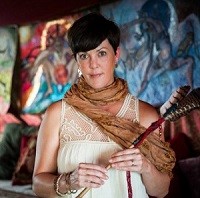