What Happens when we Half-A** our Apologies.

@waylonlewis on transparency and keys to mindful communication. Watch the video: ”Why people lie to you” on elephantjournal.com #mayitbeofbenefit #elephantjournal

What I learned the first time I almost got my hair colored.

I have never had my hair professionally colored. Over the years, I have used henna on my own, as well as the occasional box of powdered dye from the health-food store. The growing population of silver tinsel usually only bothers me about once a month.

But last week, I wanted something… more. More grown up, more exciting, and more shiny. Somewhere deep down, I believed that my $100 haircut-and-color would include thinner thighs, as well as less wrinkles. A great deal, really.

I made an appointment with a hair salon and tried to sound confident and just a bit blasé as I confirmed the time.

A cup of tea and a slice of quiche later, I walked into the tiny, brightly lit salon and looked around for a place to sit, or someone to talk to. The one couch was covered in dogs, two dogs to be precise. The only other person in the room—a woman in her 50s, quite hip looking—was talking loudly on the phone, unmistakably with a vendor.

A bit out of my element and not sure what to do, I decided to say hi to the dogs. The little one, a round eyed Boston Terrier, jumped off the couch to wobble over to his bowl of water, not paying me any more attention than his owner had. The bigger one, a beautiful blue pit bull, looked up at me, his face all cute on its pillow, and wagged his tail. Reading an invitation, I extended my hand to pet his head.

He lost his mind.

Suddenly, the dog seemed possessed. He grabbed my hand in his mouth, shook it, snarled, growled, and overall scared the stars out of me. It happened quickly, it happened suddenly, and just like that, it was over. My hand was red and starting to ache. How he managed to not break the skin is something I will never understand.

Finally, I had the salon lady’s attention.

Temporarily nestling the phone in the crook of her neck, she walked over to me and tried to hug me. As she did so, she told me that she was sorry that this had happened, and that her dog was really, really nice. Sweet as a lamb, actually. That he was friendly towards everyone, always. And that I had moved way too fast in his direction.

See what she did, there?

She never put down the phone, in fact she continued her loud conversation for another good seven minutes, and then she brushed me off in explaining that I had somehow triggered her usually-super-sweet-dog-who-loves-everyone-else.

She managed to both invalidated the hell out of me and dismiss me in one feel swoop. Pretty savvy.

I was a little freaked out, my hand was throbbing, and by the time she put the phone down to ask me what I wanted done to my hair, the idea of her holding a pair of scissors close to my face caused me to excuse myself and walk out.

She looked shocked that I would just up and leave.

Truthfully, I was a little shocked too, and more than a little bit proud. It had been a matter of staying put and abandoning myself in order to please her, or walking away. I had walked.

So, what’s the moral of the story? (Besides go back to cream henna and don’t pet strange dogs.)

First, don’t half-ass your sorries. Don’t add a “but” or an “and” to the apology. It dilutes the whole thing. When it’s time to say you’re sorry, just say you’re sorry. And sit there, present. Make eye contact if possible. Wait. Allow the awkwardness, the silence. If there is some explaining to do later on, do that. Later on.

Second, don’t betray yourself in order to soothe someone else—or even worse, to look good. You know, cool. As in: I can get attacked by your dog and still tell you how cute your earrings are, while you move pointy objects next to my eyes because I’m really easy going that way.

Honor your freaked out self by walking out of there and having a good cry in your car on the way to the cupcake shop.

We are all frequently provided with many challenging situations, and that’s not likely to stop. In fact, I sure hope it does not stop because hey, what would be the fun of that? The cool thing is that for each one of these situations, we get several choices about how we show up and respond. Do we bail, or do we get closer? Do we gloss over, or do we go deeper? Do we sit with someone we have wronged and not squirm away? Do we betray ourselves in order to look nice or do we stay close to us and ride that wave out?

Next time life throws one of these your way, I invite you to delight in the variety of your choices, and to pick one that honors yourself and the other. 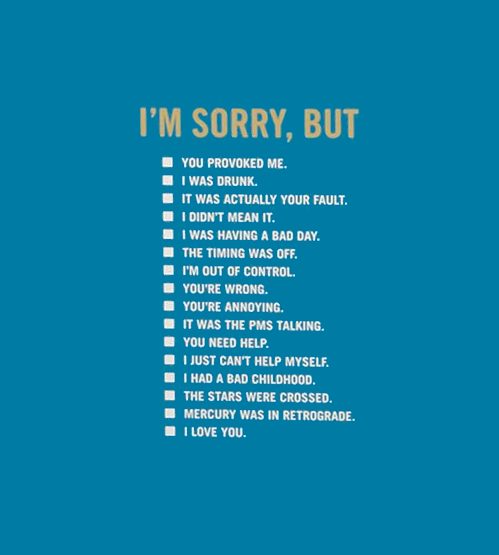 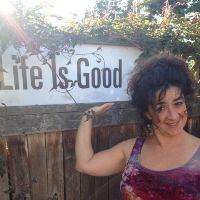